On This Day: UN General Assembly declares antisemitism as racism

In 1975, the UN General Assembly passed a resolution declaring Zionism as racism, but the resolution was removed in 1991.

A view of an entrance of the United Nations multi-agency compound near Herat November 5, 2009.
(photo credit: REUTERS/MORTEZA NIKOUBAZL)
Advertisement

On December 10, 1998, The UN General Assembly officially declared antisemitism as a form of racism.

In a speech made in Jerusalem earlier that year, then-Secretary General Kofi Annan acknowledged the double standard against Israel that was, and still is, present in the UN. 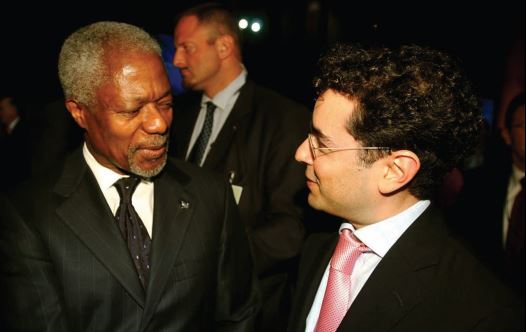 "I know that Israel sees hypocrisy in the intense scrutiny given to some of its actions, while other situations fail to elicit the world's outrage and condemnations," he said, adding that it was time for a "new era of relations between Israel and the United Nations."

Despite this speech, it took a further 23 years for the UN General Assembly to pass a resolution that clearly stated that terrorism is frequently motivated by antisemitism among other forms of hate.

In the meantime, the targeting of Israel by the UN has continued with the inception of the Human Rights Council eight years later. The council has issued 95 condemnations against Israel compared 35 against Syria and 10 against Iran.

Furthermore, Israel is the only country in the world that is under permanent probe into alleged violations of human rights by the Human Rights Council.

So, is it indeed a new era of relations between the UN and Israel?