According to Amnesty International, the vast majority of Eritrean and Sudanese nationals identified themselves as refugees to the human rights organization.

Protesters in Jerusalem march against plan to deport asylum-seekers
Advertisement
Amnesty International published a position paper this week condemning Israel’s asylum system – on which the Interior Ministry’s Sudanese and Eritrean expulsion policy is based – as “dysfunctional.”In the paper, the human rights organization demanded that the deportation plan against 20,000 African migrants be revoked, and that Israel adjust its policy based on the Geneva Refugee Convention, of which it is a signatory.According to Gil Naveh, spokesman for Amnesty International Israel, the ministry’s Population, Immigration and Border Authority has abdicated its responsibilities since the influx of African migrants began in 2006.“Israel did not allow any of the Sudanese or Eritrean asylum seekers to even apply for asylum until 2013,” said Naveh on Monday.“Most of them entered Israel between 2010 and 2012, but it wasn’t until 2013, after a long legal battle, that the Interior Ministry allowed them to simply apply.”According to Amnesty International, the vast majority of Eritrean and Sudanese nationals identified themselves as refugees to the human rights organization.“The moment they encountered anyone at the border, they said: ‘We are refugees and we need asylum.’ But they were given one-way bus tickets to south Tel Aviv and couldn’t apply for refugee status for years, until the High Court of Justice demanded they be allowed to,” said Naveh.Still, after the High Court permitted asylum applications, Naveh said, refugees were not informed of their newfound right, limiting the numbers of those who filled out forms to 15,000 out of a population that once exceeded 64,000.Among the 15,000 applications submitted between 2013 and 2017, 6,500 were reviewed and 10 Eritreans and one Sudanese asylum seeker were granted refugee status.“Then, in September 2015, the ministry’s Population, Immigration and Border Authority decided to stop examining all the requests and reject everyone categorically,” said Naveh.“If that’s not evidence enough for people that the system is dysfunctional, then I don’t know what is,” he added. “All the asylum requests should be examined, and if they are in fact refugees, they must be recognized as such, and if not, they should not get this status.”At the end of 2016, after numerous human rights NGOs applied legal pressure to the government and courts, Naveh said the Interior Ministry was forced to reexamine the pending applications, but has failed to do so.“The asylum acceptance rate for Eritreans globally is nearly 90% and for Sudanese is approaching 60%, but in Israel it something like 0.001%,” he said. 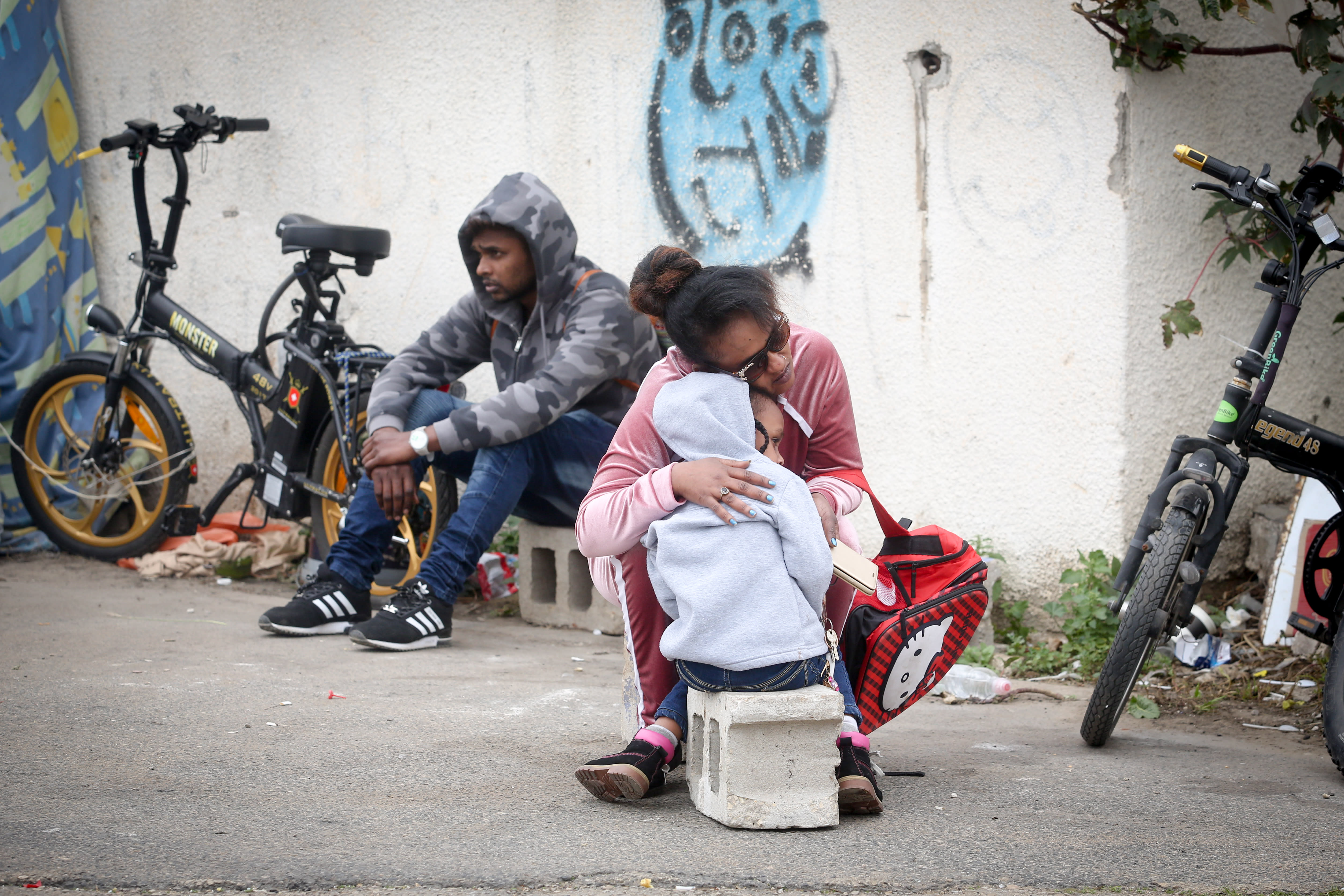 “SO, SAYING Israel is doing poorly would be a compliment, because we have thousands of people whose requests are not being examined, while thousands of others are being rejected out of hand for reasons that the High Court is saying are not good enough.”As a result, Amnesty International said, the government is utilizing “hate speech” to dehumanize African asylum seekers as “infiltrators,” “criminals” and “economic migrants” in order to galvanize support for their expulsion, beginning April 1.“If you are calling them ‘economic migrants,’ how do you know that? You have never checked their asylum request,” said Naveh.“You call them infiltrators? Well, this is the legal term used by the government to provoke hate toward them. It’s the ‘us’ and ‘them’ rhetoric. Calling them criminals? Well, according to police data, there is no irregularity in the crime rate of refugees from Sudan or Eritrea against Israelis.”While Naveh said the fear of many south Tel Aviv residents to the large influx of foreigners is understandable, he noted that the government is doing little to help.“We can understand that people are experiencing fear due to an extreme change in their neighborhoods where they have been living for a long, long time,” he said. “But the fact is that the government isn’t doing anything to solve the problem; they’re only making it worse and worse because that way they keep their power basically.”Meanwhile, Naveh said, Amnesty International determined that by attempting to forcefully deport asylum seekers to dangerous third countries, such as Rwanda and Uganda, Israel is in violation of the UN Convention Against Torture.“It was determined that because Israel does not have a functional asylum system, it should not pressure refugees into leaving for a third country,” he said.“And according to all evidence we have reviewed, in Rwanda there is no way that their rights as refugees are being protected, and there is evidence that the vast majority either flee [Rwanda], are sent back to their country of origin, or are sold.”Moreover, Amnesty International recently published a report finding that Uganda’s asylum system is “on the verge of collapse,” due to the amount of refugees already there.“We’re not saying that Israel is not allowed to move people to third countries,” Naveh said. “We are saying that Israel needs to have a functioning asylum system first.”To that end, he said, the ministry must procure the necessary manpower to process all the asylum requests.“For the longest time, people were only allowed to apply for asylum at a single office in south Tel Aviv, and only recently was an office opened in Bnei Brak,” he said. “So, the Refugee Status Determination Unit needs to work more hours and be able to let people apply in more places.”According to Maariv, the office in Bnei Brak has been shut down due to a labor dispute. Employees at the office have been accused of referring to asylum seekers as “monkeys.”