Could this move further endanger the soldiers who carry out such orders in the future before the International Criminal Court? 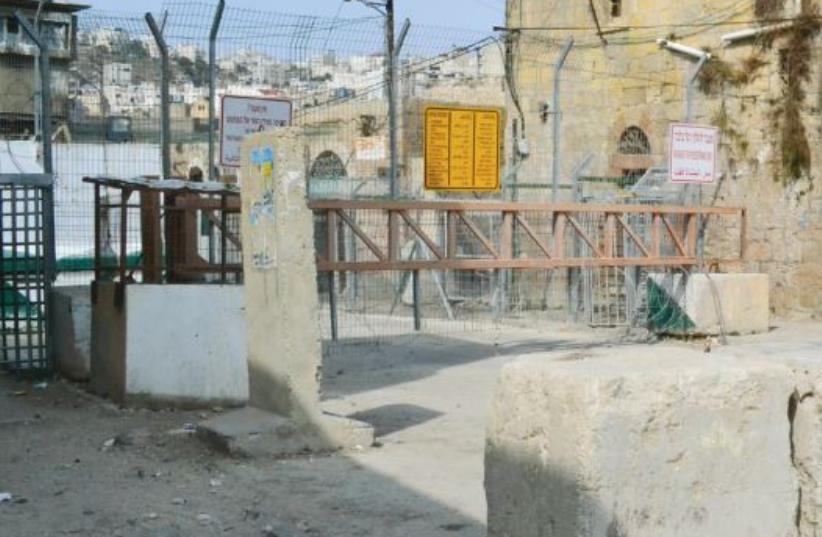 A checkpoint leading from the H1 Palestinian side to the H2 Israeli side, a frequent site of rock throwing by Palestinians at Israeli soldiers
(photo credit: LAURA KELLY)
Advertisement

What is the significance of reports on KAN News Sunday night that the IDF has changed its rules of engagement (ROE) to permit soldiers to shoot at fleeing Palestinian rock and Molotov cocktail throwers in the West Bank?

Could this move further endanger the soldiers who carry out such orders in the future before the International Criminal Court, as well as undermine how that court views Israel’s justice system?

One thing making the issue even hazier is that the IDF is not publicly responding to inquiries on it, either when it made a change to the ROE in mid-November or on Monday when a comment was requested.

For example, it is unclear exactly when the rules allow IDF soldiers to fire on rock or Molotov cocktail throwers who are fleeing. Is it in the immediate aftermath of their throwing an object at the soldiers or when they are still in their immediate vicinity?

And if those principles are coming into play, how well-defined are they?

Israeli border policeman is on fire as he is hit with a molotov cocktail thrown by Palestinian demonstrators, Feb. 3, 2020 (credit: MUSSA ISSA QAWASMA/REUTERS)

Is there a set number of seconds or meters for shooting at someone fleeing?

Does the size of the rock thrown matter?

Did the soldiers at least need to have felt an imminent threat to their life when the rock or Molotov cocktail was thrown?

There has not been any public clarity on this from the IDF.

Rather, it seems that right-wing politicians and elements of the military who campaigned for the change have been leaking the updates as a way of signaling their victory following various incidents in the summer or more recently when soldiers were killed or wounded.

These elements were angry that soldiers’ lives might be endangered because of a perceived hesitance to defend themselves due to concerns that the IDF legal division might prosecute them for being too aggressive.

But the details are critical.

There are many areas of multiple competing views where Israel can feel free to take more aggressive interpretations because it is dealing with large terrorist groups such as Hezbollah and Hamas, which would wipe out the Jewish state if they could.

But this is not one of those areas.

The new rules do not relate to some kind of concerted attack by Hezbollah or Hamas forces on the IDF or even an attack using a gun or a knife.

All of those scenarios would obviously be a serious military threat, and no questions would have been asked even before Sunday’s announcement about using firepower to kill and stop such attackers.

The problem is that in most democracies in 2021, one cannot shoot to kill someone who is fleeing.

There used to be more democracies that had rules allowing homeowners to shoot thieves to kill them even if it might seem like they were fleeing, based on the idea that anyone robbing a home was someone aggressive enough to murder the homeowner, as well as older notions of “a man’s home is his castle.”

But that is now a mostly obsolete rule in democratic contexts.

There are still some obvious legal solutions for the IDF.

Maybe the rule is actually to shoot for the knees and not to kill.

Maybe the rule is limited to a rock or Molotov cocktail that was thrown in such a way that it was clearly being used as a potential deadly weapon and not just to carry out a generic low-grade violent protest.

Or maybe the rule relates more to a situation where the soldiers are outnumbered or surrounded, and there is a possibility they could be overwhelmed despite holding weaponry superior to that of the Palestinians they face.

But part of the additional problem here is that this decision comes after a mid-November one permitting soldiers to fire on Palestinians and Bedouin trying to steal weaponry from army bases.

Once again, democracies generally do not allow firing on thieves, and it was unclear if they could be fired upon if they were unarmed.

If there would be a wave of soldiers getting injured by rock throwing, Israel would have a stronger case before global criticism.

But most soldiers who are confronted by attackers have taken out the attackers first.

Rather, there seems to be an effort to deter rock throwing in general by publicizing to Palestinians that it could be a more dangerous risk.

This dovetails into broader issues of rock throwing by Palestinians at Jewish vehicles traveling in the West Bank.

What is most likely is that these issues will play out in public when soldiers start shooting at retreating Palestinian rock throwers and their actions are caught on camera.

Then the IDF may find out the consequences of the current change the hard way.