US: We expect Allenby Crossing for Palestinians to be open 24-7

An initial plan to expand the hours had been set for September but then was put off until after the Jewish holidays in October.

The United States expects Israel to hold to the Monday date to implement the expansion plan by which the Allenby Bridge (King Hussein) crossing would be open 24 hours a day so that West Bank Palestinians can travel abroad through Jordan.

“We expect it to be done,” US Ambassador to Israel Tom Nides told The Jerusalem Post. He recalled that both Prime Minister Yair Lapid and Defense Minister Benny Gantz had pledged to expand the crossing hours when US President Joe Biden was in Israel in July.

Reports surfaced this week that the chairman of the Airports Authority’s board of directors had raised concerns that the plan had implications for the elections and should be delayed until after voters head to the polls on November 1.

An initial plan to expand the hours had been set for September but then was put off until after the Jewish holidays in October. 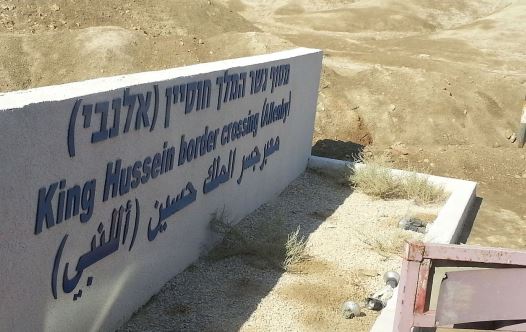 There have also been some issues regarding manpower shortage, such as has existed at Ben Gurion Airport in the aftermath of the closures in the last few years due to the COVID-19 pandemic.

It now appears that the Airports Authority will hold to the October 24 date, pending a review of the expansion plan by the board.

Staffing at the land crossing is under the auspices of the Airports Authority, which is part of the Transportation Ministry. The IDF also has oversight at the crossing, given that it is in the Jordan Valley which is under IDF military and civilian rule.

Michaeli, according to sources close to her, has written a letter to the Airports Authority insisting that the plan must move forward.

There has been speculation that failure to meet the October 24th date could create tension between Jerusalem and Washington.

Most Palestinians in the West Bank are barred from traveling abroad through Ben Gurion Airport. They exit the West Bank through Allenby instead and fly abroad from the airport in Amman.

Limited crossing hours, however, have made such travel burdensome. Israel this year has already expanded the hours, but it was not enough to streamline Palestinian travel.