Bennett and university heads reach agreement over candidates for top board

Last month, six members of the Council for Higher Education announced their resignation in the wake of a growing rift between members of academia and Bennett. 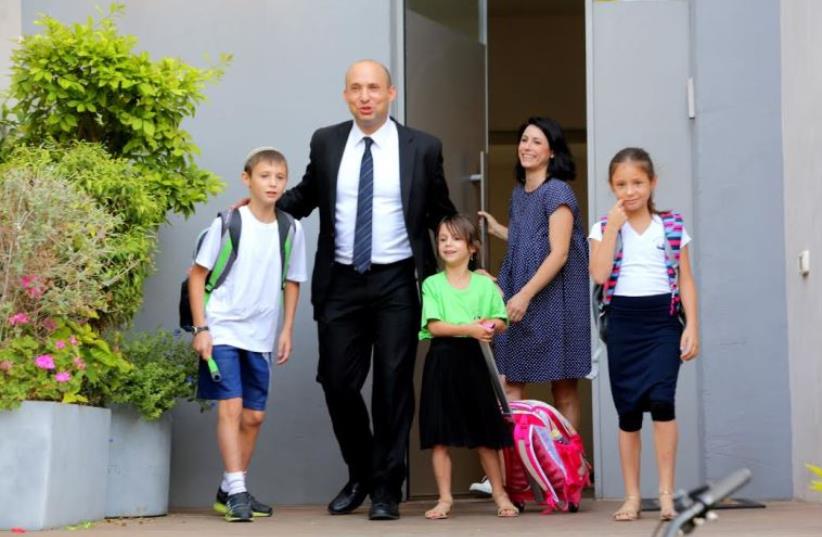 Education Minister Naftali Bennett with his family on the first day of school, September 1, 2015
(photo credit: COURTESY EDUCATION MINISTRY)
Advertisement
Education Minister Naftali Bennett, who serves as head of the Council for Higher Education, and the heads of universities in Israel announced on Tuesday they had reached an agreement regarding the appointment of new members to the Council for Higher Education.Last month, six members of the Council for Higher Education announced their resignation in the wake of a growing rift between members of academia and Bennett.The main reasons behind the resignations included the controversial dismissal by Bennett of Prof. Messer-Yaron and the subsequent appointment of Dr. Rivka Wadmany Shauman as the vice chairwoman for the CHE.Prof. Peretz Lavie, president of the Technion – Israel Institute of Technology and head of the Association of University Heads (VERA) in Israel, presented Bennett with a list of potential candidates of university representatives to replace those that resigned.The two sides also agreed that the number of representatives from universities on the Council would increase from six to seven members, which will be chosen from the list of candidates presented by the university heads.“The new list of CHE members from universities is respectable, professional and worthy,” Bennett said.In addition, Bennett said he intended to add an additional member, a representative of the public, to the Council. He said that this person would be appointed after consultation with the university heads and would have an academic profile and a standing within the academic community.The two sides also agreed that once the new Council members were appointed, Bennett would appoint a new vice-chairman of the Council in close consultation with the university heads as well as the head of the Planning and Budgeting Committee of the CHE.Bennett added that it was time for the entire higher education community to “join hands” and address the challenges facing the academic community, primarily the formulation of a new long-term plan for higher education.“The steps that were agreed upon with [Education] Minister Bennett were intended to ensure the future of higher education in Israel,” the university heads said in a statement.The joint announcement has come following weeks of tensions between the academic community and Bennett, which saw a petition signed by over 1,500 academics warning of a “crisis of confidence” between the academic faculty and the CHE.