'Compartment No. 6' is a journey of hope - review

'Compartment No. 6' tells the story of two strangers who meet by chance on a train.

By HANNAH BROWN
'COMPARTMENT NO. 6' is a journey of several days into the freezing north.
(photo credit: COURTESY OF NACHSHON FILMS)
Advertisement

If you enjoy character-driven road movies, you will want to see the offbeat Compartment No. 6, a new Finnish movie about two strangers who meet by chance on a train, which has won awards around the world, including the Grand Prix at the Cannes Film Festival and the Nechama Rivlin Award for Best International Feature at the Jerusalem Film Festival last summer. It was also short-listed for the Best International Feature Oscar, although it was a very competitive year and it didn’t get a nomination.

It is showing at the Tel Aviv Cinematheque on September 10 and 17 and is opening in theaters throughout Israel starting September 15.

Directed by Juho Kuosmanen, it tells a story that might sound inconsequential, but it is told with intensity, and it feels so real that you begin to relate to the characters as though they were actual people you met on a train trip.

It ends up going in unexpected and engaging directions that are mostly very satisfying.

Laura (Seidi Haarla) is a Finnish antiquities researcher who has been living in Moscow with her lover, Irina (Dinara Drukarova). Irina is at the center of a circle of cultivated academics and artists in Moscow, and Laura does not feel very secure in her role as her girlfriend. 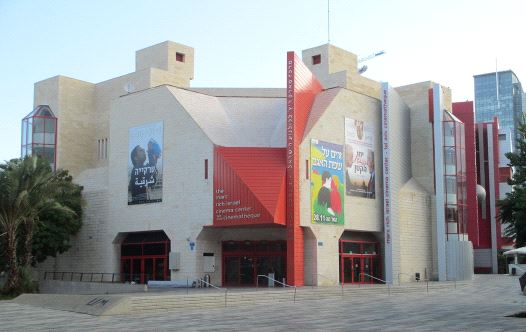 She and Irina have been planning a trip to Murmansk, above the Arctic Circle, to see some petroglyphs that are supposed to be fascinating, but at the last minute Irina decides not to go.

Laura is not happy about the prospect of making this trip alone, and even less pleased that Irina will not be joining her, but she has invested so much energy in saying she wants to study these petroglyphs that she can’t back out. Maybe she isn’t really sure she is still welcome in Irina’s apartment and she is afraid to push the issue, so she packs up everything and goes, taking the camcorder she uses to document her life – the film is set a couple of decades ago, in the pre-Internet, pre-smartphone era – and she boards the train.

It’s a journey of several days into the freezing north, and her companion in the titular compartment is pretty much the last guy she – or most of us – would want to spend time with in close quarters.

Ljoha (Yurij Borisov) is a close-shaven, tattooed, hard-drinking miner who is heading to Murmansk to work, not to look at stones. He isn’t particularly happy to share his quarters with a lesbian, and tells her openly he was hoping she would turn out to be a prostitute.

But there isn’t anyone else around for either of them to talk to, and they start opening up to each other very slowly.

Not a platonic rom-com

If you’re hoping for a kind of platonic rom-com, this isn’t that. It strains credulity that these two would ever find common ground, but the movie makes you believe that they do. It’s very satisfying to watch the bond between them develop slowly.

In the last third of the movie, Ljoha becomes particularly appealing as he helps Laura navigate her way to the extremely remote petroglyph site, as the gruff Russians who live in the town insist it is impossible to reach. If you’ve ever had to argue with locals telling you there is no way you can complete a journey you had your heart set on, you will relate.

The two actors are believable to the point that they seem to be playing themselves, but they aren’t – both are professionals who have played many roles, although they have not been seen on screen much outside of their native countries.

It’s hard to explain why this story is as compelling as it is. You can almost feel the frost as the train rumbles further north, and when it finally reaches its destination, the disappointment when she sees a grimy industrial town at the end of the line. To quote Robert Louis Stevenson, “To travel hopefully is a better thing than to arrive,” and Compartment No. 6 illuminates the beauty of the journey.