Fanny: The Right to Rock: A fascinating, enlightening, entertaining film

Fanny was an all-female rock band that exploded into joyous feral life in 1969, in Los Angeles and blazed a trail across the States, and the UK through to 1975.

It was, they say, George Bernard Shaw who suggested that: “Britain and America are two nations divided by a common language.” The members of Fanny certainly learned the uncomfortable truth of that discerning observation when they made it across the pond in 1971.

That is just one of numerous tidbits in Fanny: The Right to Rock, a fascinating, enlightening and entertaining documentary made by Bobbi Jo Hart that features in the Solidarity Human Rights Film Festival (Tel Aviv Cinematheque December 9-18), with screenings scheduled for December 11 (9 p.m.) and December 18 (4:30 p.m.).

Fanny was an all-female rock band that exploded into joyous feral life in 1969, in Los Angeles and blazed a trail across the States, and the UK through to 1975. In fact, "trailsingeing" might be a more accurate description, although not for the want of intent or pure talent. Despite the individual members’ undeniable instrumental and vocal gifts, and the band’s ability to rock just as hard as anyone out there, there seemed to be no way around the minefield of the machismo core of the music industry.

Fanny started out as a garage band in Sacramento, California, when Filipina-American sisters June and Jean Millington got together with drummer Alice de Buhr, followed by keyboardist Nickey Barclay soon joining in. The lineup fluctuated over the 6 years of the group’s existence, with Brie Darling replacing de Buhr, and Patti Quatro – sister of famed Seventies rocker Suzi Quatro – later taking over on lead guitar when June Millington decided she’d had enough. But they just kept on rocking and letting it all hang out, despite the challenges inherent to a prejudiced professional milieu.

Still, there were those who discerned the creative brilliance, and unfettered joie de vivre, amid the discriminatory morass. David Bowie bemoaned the lack of kudos sent Fanny’s way, mournfully observing: “One of the most important bands has been buried.” Bowie guitarist Earl Slick put it more succinctly: “It’s always the ones that start that get f***ed,” while Joe Elliot, lead singer of veteran British rock outfit Def Leppard, called the American foursome “a game-changer.” Acclaimed singer-songwriter and blues artist Bonnie Raitt also lauds the group’s pioneering work: “Fanny was the first all-woman rock band that could really play, and really get some kind of credibility within the music community.” 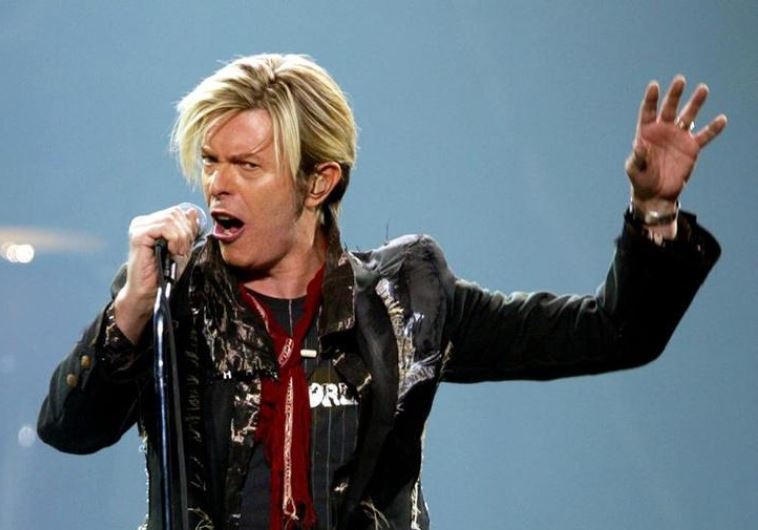 But they were really up against it. And their appearance didn’t help matters either. As June Millington lays it down, simply, in the film: “We were brown and no one knew where the Philippines was.”

They did have some successes along the way, attracting some rave reviews for their studio and stage work, with three singles making it into the Billboard Hot 100. They were also well received in Britain, despite quickly discovering that their moniker referenced a more intimate part of the female anatomy in British slang.

Hart learned about Fanny when she was checking out guitars for her teenage daughter, and she was immediately well and truly hooked. It took a while longer for the documentary plan to pan out but, as Hart said, sharing the same gender certainly helped. She gradually gained the trust of the Millington sisters who, along with Darling, now make up the Fanny Walked the Earth reincarnation band which now has a record label deal, and has been merrily gigging away since 2018.

The name of the documentary says it all. Here was a bunch of talented young women who just wanted to show the world what they could do, lay their artistic credo out there for everyone to see and hear, and have a blast in the process. And why shouldn’t they?

IT IS SAFE to say that, had Fanny been a “regular” male rock band they would have been playing the biggest arenas across the land, nay the world, as the main act rather than opening for the likes of male counterparts Slade, Jethro Toll and Humble Pie. Naturally, record labels wanted the Millingtons et al to make the most of their female features and get them to strut their physical assets rather than focusing on what they could do as bona fide artists. It was at that point that June said enough is enough.

It is that ethos, that dogged determination to say their piece, against all male-dominated odds, that got Fanny as far as it did, and paved the way for a whole host of other rock acts. Cherie Currie, lead vocalist of late 1970s all-female rock band The Runaways, hit the nail on the head when she said: “Fanny is iconic – truly before their time.”

“They are really tough birds,” says Hart, adding that she feels that viewers will get so much more out of her documentary than just scintillating guitar riffs, solid drum lines and penetrating vocals. “There are so many layers of issues, in terms of community-based outreach and learning. There’s racism, ageism, and also I heard the term ‘ableism’, which I’d never heard before,” Hart said laughing. The Montreal, Canada-based director is looking not only to get Fanny’s incredible heartwarming and inspiring story out there – thus far, it has screened across North America and Europe – she would like the documentary, and the now septuagenarian main characters themselves to spawn affirming and empowering avenues of endeavor. “There are festivals that want the band to come along and perform, and I have been suggesting various organizations they could partner with. One is an organization that empowers people with disabilities, mental and physical, through the arts.” That sounds totally groovy.

That also suits the Solidarity Human Rights Film Festival down to the ground. The event is now marking its first decade of eclectic offerings designed to generate public debate in this country about burning sociopolitical issues. The festival blurb suggests that cinema “has the power to evoke thought and action that lead to a more just reality, and a better future in Israel, the region and the entire world.”

That sunny outlook certainly suits the Fanny line of thought. Fanny: The Right to Rock is one of the best titles I have ever encountered over the past half-century, and makes for one fun, emotive and hip-shaking viewing experience. This is a glorious dignified celebration of womanhood, great music and relentless optimism. Amen to all of that.