Miki Zohar says state needs to change the mentality of Arab society when it comes to treatment of women. 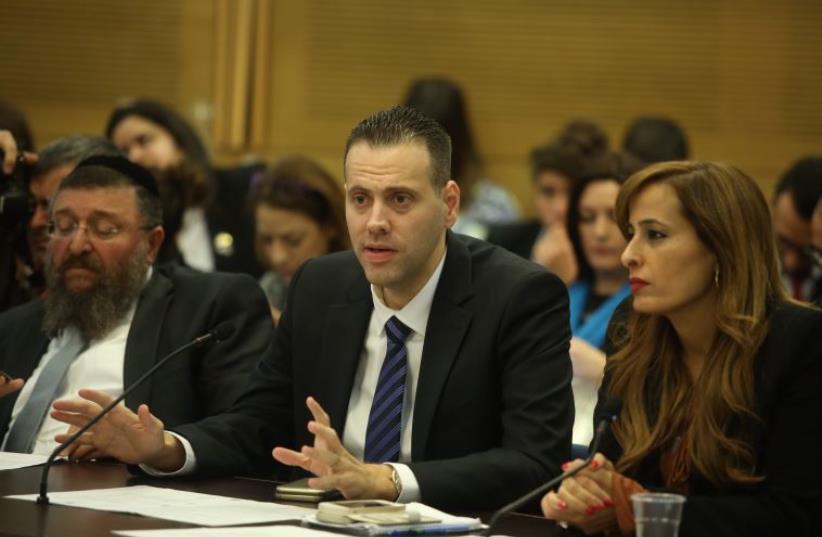 MK Miki Zohar
(photo credit: MARC ISRAEL SELLEM/THE JERUSALEM POST)
Advertisement
Likud MK Miki Zohar alleged in the Knesset on Monday that Arab society condones sexually harassing Jewish women, and that there was less respect for women in the Arab community.His comments came during a session of the Knesset Special Committee for Distributive Justice and Social Equality, and were both supported and strongly denounced by other MKs and participants at the hearing.The session was called to examine claims that there is a phenomenon of Arab men sexually harassing Jewish women, particularly in the periphery. Zohar had already aroused controversy by inviting the far-right Lehava organization and its head Rabbi Bentzi Gopstein, as well as the anti-assimilationist and anti-missionary group Yad L’Achim.“We must change the mentality of Arab society where respect for women is not at the same level as it with us,” said Zohar.“In Arab society there is a notion that one can sexually harass a Jewish woman but that it’s forbidden to harass an Arab woman. If an Arab sexually harasses an Arab woman, the next day he will be murdered on the basis of family honor. But there’s no problem in harassing a Jewish woman,” he claimed.Zohar said that “the time had come” for the Arab community to discuss the issue “like we are talking about it in the Jewish community.”Yisrael Beytenu MK Julia Malinowski said that “Muslim culture is proud about harassing a woman. If you deny this you’re living in an ivory tower.”The MKs’ comments aroused considerable opposition, with police superintendent and head of the police’s Victims Department Ayelet Ornstein stating that statistics from the last three years showed that those committing sexual harassment were not more likely to be non-Jews.Ori Narov, an attorney for the Reform Movement’s Israel Religious Action Center, described Zohar’s generalizations as racist.“Your discourse encourages hatred,” said Narov. “I did not say that the claims are not correct, but that the connection is not appropriate… Show statistics about the extent of the phenomenon – but to say that all Arabs can be characterized in this situation is a racist statement.”The committee heard from Sarah Lorkat of Jerusalem who said she had been routinely harassed by Arab men, who have whistled at her while passing and pulled up alongside her in a car, inviting her to join them.“This is something which people are trying to prevent from being exposed and... from being discussed,” she said.But Lizah Nikolitchok, director of the Center for Assistance for Victims of Sexual Assault, said that there was no typical profile for a sexual assault victim.“She can be Jewish or Arab,” said Nikolitchok. “The offender can be a member of Knesset, an Arab or a Jew. It’s very easy to take something specific and present it [as being] the rule. Sexual assault is a societal illness.”