The Eshel Hashomron Hotel move could be the latest harbinger amid growing calls to privatize the kashrut system in the country. 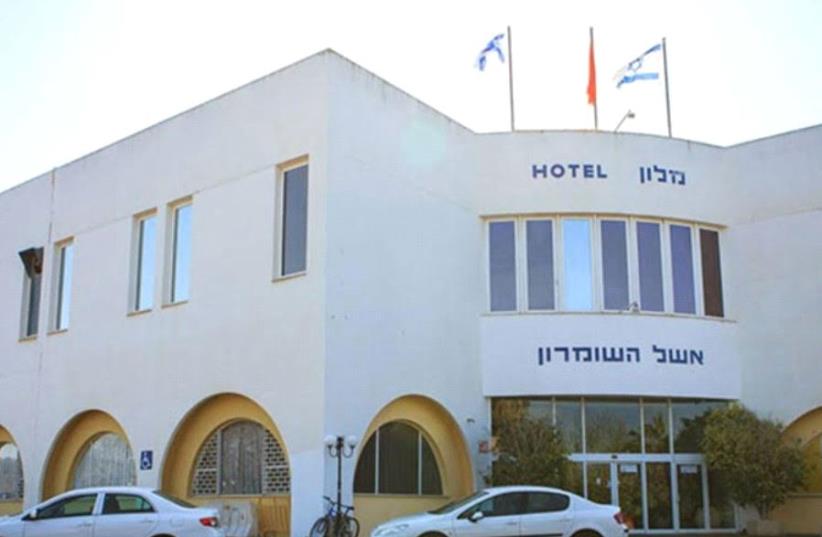 The Eshel Hashomron Hotel
(photo credit: Courtesy)
Advertisement
In what could be a historic step in the annals of Israeli kashrut, the Eshel Hashomron Hotel in Ariel has become the country’s first lodging to switch its supervision from the rabbinate to an independent kashrut authority, in this case Hashgacha Pratit.Although only the rabbinate is legally allowed to grant kashrut certificates, there have been growing calls to privatize the country’s kashrut system, led by Hashgacha Pratit, which operates through legal loopholes. Eshel Hashomron’s move could be the latest harbinger of such a future.The hotel’s switch came in recent weeks following a dispute with the local rabbinate.Owners Tovah and Menachem Gilboa claim the local rabbi in charge of the rabbinate’s kashrut system in Ariel used illegitimate means to pressure them into changing their supervisor, who has a kashrut supervision qualification, in favor of a soldier the rabbi was apparently familiar with who lacks a kashrut-supervision qualification.When he would not back down, the Gilboas decided to switch to Hashgacha Pratit.Despite the fact that Hashgacha Pratit is run by Orthodox rabbis and in accordance with Jewish law, Eshel Hashomron Hotel will not be able to declare itself to be kosher in writing since the law grants the rabbinate exclusive use of kashrut terminology. Restaurants and businesses, however, are able to tell clientele orally that they are kosher.The rabbinate’s kashrut-supervision system has come under huge pressure of late following numerous allegations of corruption; severe criticism leveled at it by the recent State Comptroller’s report; and the intervention earlier this month by the High Court of Justice.Rabbi Aharon Leibowitz, founder of Hashgacha Pratit, praised the Gilboas for “not surrendering to the strange demands of the rabbinate” and putting actual kashrut above other concerns.“The switch by a hotel as big as Eshel Hashomron is an expression of trust in the quality of our kashrut, which is based on an understanding that we deal only with kashrut,” said Leibowitz.The Chief Rabbinate noted in response to Eshel Hashomron’s move that the law as it stands makes it a crime for a business to present itself as kosher through certificates of organizations that are unauthorized by the state to provide kashrut supervision.“Hashgacha Pratit is not authorized to give kashrut supervision and, therefore, we are saddened that it is causing business owners to commit a crime,” it said.Hashgacha Pratit now provides supervision to 33 restaurants and food businesses around the country, including popular eateries such as Pasta Basta in Jerusalem’s Mahaneh Yehuda and the Coffee Mill, a popular coffee shop on Emek Refaim in the capital’s German Colony.According to the organization, it is in negotiations with several other hotels that are considering adopting its kashrut supervision, while numerous restaurants also have applied in recent weeks and months for its services.A spokesman for Hashgacha Pratit said it is receiving more applications than it can deal with, including from several cities where it does not yet have a presence.