Residents said that the incident caught them off guard, as they received no warning in advance. 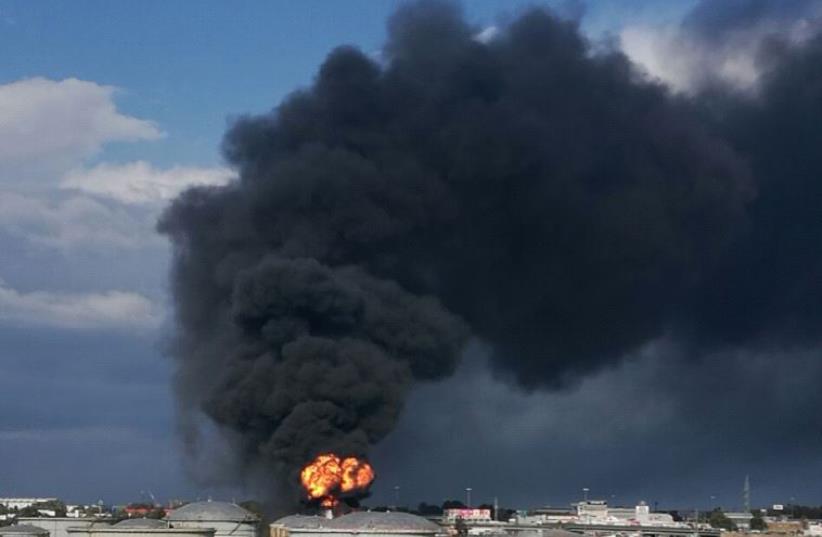 Explosion at Haifa refinery
(photo credit: GREEN COURSE)
Advertisement
Loud explosions rattled the usually serene city of Haifa in northern Israel on Thursday, N12 reported.
The explosions were heard coming from the area of the former Haifa Chemicals factory in the Haifa Bay. The building was being demolished in line with permits obtained from the city and in coordination with the IDF and Israel Police.
Residents said that the explosion caught them off guard, as they received no warning in advance from city authorities. Haifa Chemicals shut down its operations in Haifa a few years ago and moved its activities to the South.
Similar incidents originating from Haifa's petrochemical industry complex, located at the heart of a civilian population, have happened before, continuing to disrupt the daily lives of tens of thousands of people.
In mid-December last year, an unusual malfunction at Haifa's refineries complex caused two torches to burn intensely and emit a large amount of smoke into the air.
Additionally, the enormous explosion that tore through the city of Beirut last August, led to resurfaced concerns over Haifa's chemical facilities, attracting the attention of law-makers as well.
“We need to remove the dangerous chemicals from the Haifa Bay,” said Environmental Protection Minister Gila Gamliel to 103FM at the time. “The plan is to remove the [chemicals] within five years and then [take] another five years to clean the area.”
Haifa Chemicals is owned by the American holding company Trance Resource Inc., which is controlled by the Trump Group. The group's co-chairman are its founders Jules Trump and his brother Eddie Trump, Jewish-American businessmen born in South Africa, who have no relation to former US President Donald Trump.
Yonah-Jeremy Bob contributed to this report.