Today's government carries a different message: It is possible to differ ideologically, and still be able to work constructively with one another.

For many in the country’s so-called national camp in general, and in the National-Religious camp in particular, the days leading up to the anniversary of Yitzhak Rabin’s assassination – the 12th of Heshvan according to the Hebrew calendar, November 4 according to the Gregorian one – have in the past been uncomfortable.

These days were always preceded by debates about who was entitled, and who was not, to speak and even attend various memorial ceremonies for the slain leader; what was and was not learned from the horrific murder; and who bears direct and indirect responsibility.

Since the assassin, Yigal Amir, came from the national-religious camp, for years some people and groups placed collective blame on that camp and its ideology for the murders – as well as on the national camp because it opposed the Oslo Accords.

If not for the murder itself – Amir was responsible for that – at least they were blamed for the toxic atmosphere that enabled it. 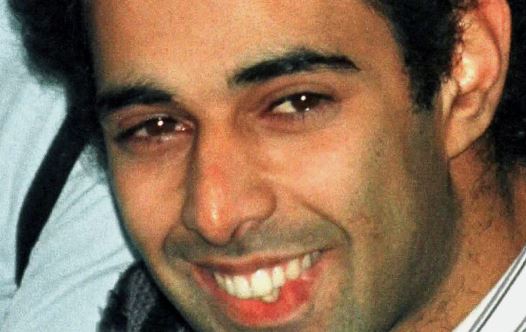 Around this time of year, many in both the national and the National-Religious camps have felt put on the defensive.

Prime Minister Naftali Bennett was one of those. In a Facebook post last year he wrote that the assassination was one of the reasons he decided to start wearing a kippah again when he was an IDF commander in the Maglan unit, after having taken it off a few years earlier.

From the night Rabin was killed, he wrote that, “There was a tremendous attack against religious Zionists. Every kippah-wearer was accused of murder. The overriding feeling was that those who wore knitted kippot were everywhere, among us, and a danger to the country.”

Bennett wrote that he had almost 100 soldiers who respected him and that the minute he saw the “demonization that was being done to those wearing kippot,” he made the decision to wear his once again.

THE DAY commemorating Rabin’s assassination was first imagined as a day that could be a unifying one – as the country, at least on paper, should have been able to unify around the idea that the murder of Rabin was an evil act the likes of which must never occur here again.

But it never turned into that. Rather, for the first quarter-century after the assassination, it was largely a day where one camp – the “Peace Camp” – cast an accusatory finger at another, and also where it tried to delegitimize Benjamin Netanyahu, a man it held partly responsible for the incitement that led to Rabin’s murder, who then inherited his position.

The net result was that this was a day when political points were made, and old wounds revisited and reopened.

For one segment of the country, this was a solemn, almost sacred day; for another, it was a day whose arrival was dreaded.

This year at least the run-up to the Hebrew date of the assassination – which fell on Monday – seemed less acrimonious and less divisive.

In the end the official ceremonies were marred by acrimony, the politicians sparred, but at least in the public square and on the airwaves the malice did not rise to the levels it had previously.

There are a couple of reasons for this. First, the mere passage of time.

Twenty-six years is a long time. Israel’s median age is 30.5, meaning that half the country was either not born or not more than four years old when Rabin was murdered. More than half the country has no personal memory of Rabin, so obviously the emotions over his assassination are not as raw as they once were. Emotions less raw lead to less acrimonious debates.

MORE SIGNIFICANTLY, however, is that Netanyahu is no longer in power. When he was prime minister, both during his first tenure from 1996-1999 and his second one from 2009-2021, this day was a perfect opportunity to score political points against him: to blame him for incitement. Yes, he was vehemently against the Oslo Accords, but to blame him for incitement to murder is to conflate opposition to a policy with calling for someone’s assassination.

At that infamous rally of some 30,000 people in Jerusalem a month before the assassination, where provocateurs – including one named Avishai Raviv who worked for the Shin Bet and got close to Amir – handed out pictures of Rabin in an SS uniform, Netanyahu held up his hand to quiet the crowd when they chanted “traitor, traitor.”

Here is my eye-witness report from that rally on October 5, 1995:

“Speaking from the balcony of the Hotel Ron overlooking Zion Square, Netanyahu – greeted by chants of ‘Bibi, Bibi’ – told the crowd: ‘Only two years ago, when the Knesset approved Oslo I, the vote was 61 in favor and 50 against. The erosion in support is not only a result of what has happened on the ground but also a direct result of the activity of the national camp. The minority has turned into the majority, and today most of the country is with us.’

“Because of faulty [loud] speakers at the beginning of the rally, much of Netanyahu’s speech was drowned out. When he heard part of the crowd chant ‘Rabin is a traitor,’ he waved his finger in a sign of disapproval, and tried to quiet them down.”

Netanyahu is now no longer prime minister, so this day does not need to be used anymore as a crowbar with which to bludgeon him. There were fewer debates in the media this year over whether he did or did not incite in 1995, or whether he has learned the lessons of that time, simply because he is no longer in power. As a result, the emotions this year seem less intense.

NOBODY, for example, blames Bennett for creating that venomous atmosphere 26 years ago – though that does not mean there have not been efforts to link him and Amir.

Before the 2015 elections, campaign strategists for the Zionist Union – led at the time by current president Isaac Herzog and Tzipi Livni – mulled over erecting large campaign posters citing a media report that Amir would be voting for Bennett. Bennett wrote a furious Facebook post at the time against this tactic, and the poster campaign was scratched.

That was when Bennett was viewed by many – including some of those today sitting in his government – as a right-wing extremist.  Now, because of the government he helped Yair Lapid form, he is viewed by those same people as a unifier.

The central message of this government has been something that would make for a good overriding theme for events marking Rabin’s assassination in years to come: that it is possible to differ ideologically, and still be able to work constructively with one another.

Though some cracks have emerged in this government’s harmony, that remains its overall message to the nation; it is a message that has brought down the level of rancor in the country.

Rancor still exists. Bennett is the target of much of it, but it is not as all-pervasive as it has been in the recent past. And as the overall bitterness has been turned down a notch, so too has the level of acrimony that always accompanies the days marking Rabin’s assassination. It is still there, but not quite as strong.