The coin is believed to have been minted between the third and fourth year of the Bar Kokhba revolt (136-134 CE).

Coins from Bar Kokhba era discovered by acheological teams in the Qibya cave 30 kilometers northwest of Ramallah as part of the "Southern Samaria Survey" project.
(photo credit: COGAT SPOKESMAN)
Advertisement
A rare coin from the Bar Kokhba revolt was discovered in the Qibya cave, 30 km northwest of Ramallah, the Coordination of Government Activities in the Territories announced Thursday.The coin is believed to have been minted between the third and fourth year of the Bar Kokhba revolt (136-134 CE).One side of the coin shows a palm tree with seven fronds and two clusters of fruit, as well as the inscription “Shim[on].” The other side portrays vine leaves with three lobes and the inscription, “To the freedom of Jerusalem.” 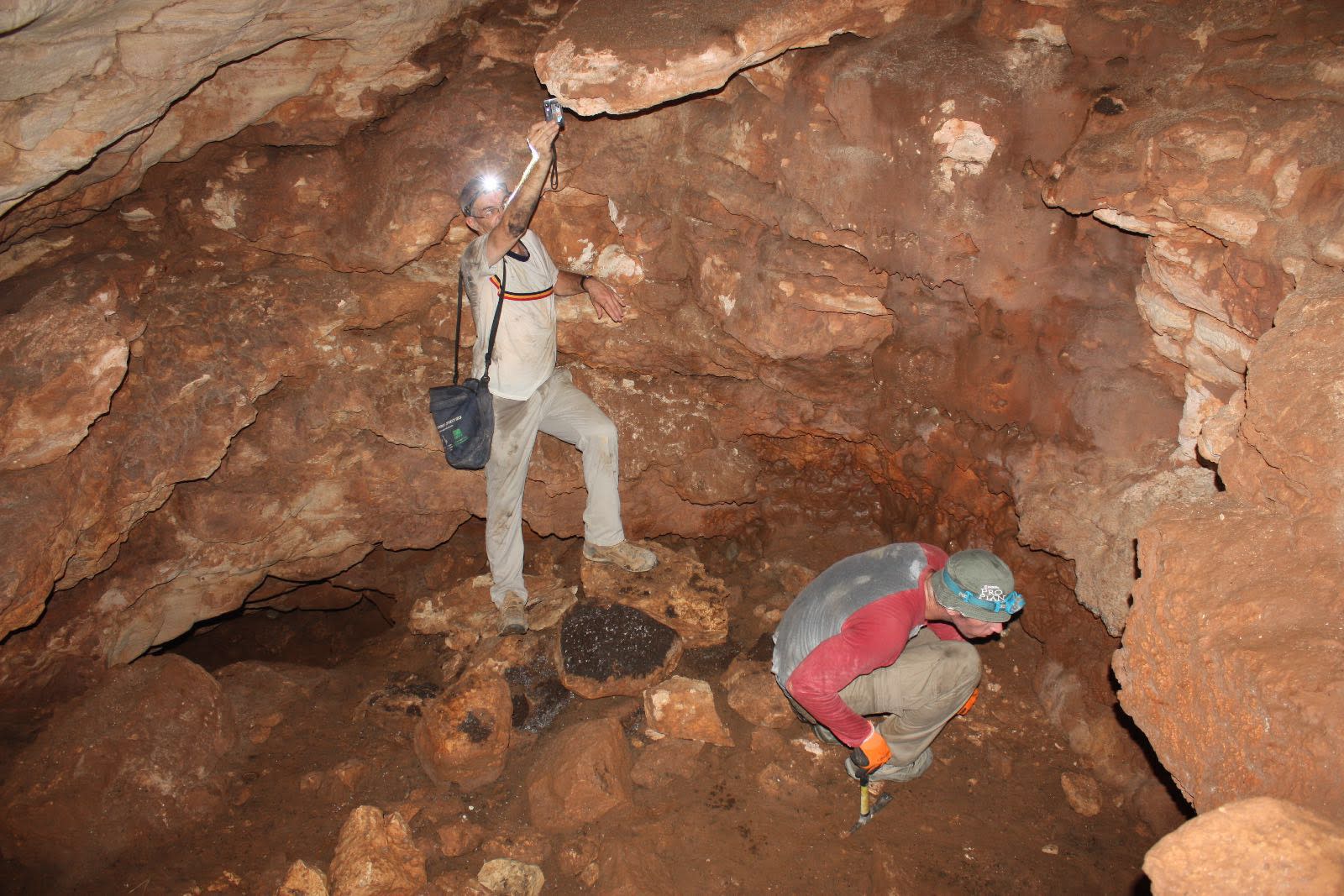 Archeological teams in the Qibya cave 30 kilometers northwest of Ramallah as part of the "Southern Samaria Survey" project. (COGAT SPOKESMAN)
Alongside the coin, the archeologists also found pottery fragments and glass vessels that can be dated to the same period.The coin was found during a study conducted by the Civil Administration of Judea and Samaria’s archeology unit, Bar- Ilan University and the University of Ariel during the “Southern Samaria Survey.”The survey is a project, brought to life in 2014, during which different teams of archeologists cooperate in surveying areas to unearth historical findings that have been left behind at various sites.“We estimate that there are many archeological artifacts that have not yet been discovered in the West Bank,” said Hanania Hezmi, the director of the Civil Administration’s archeology unit. “We are cooperating with all possible authorities in order to uncover important relics of Jewish history in the area.”Experts estimated that the items were brought to the cave by Jewish refugees who lived in the area until 135 BCE. During the Bar Kokhba revolt, they were forced to leave their homes and hide in the cave.
Discovery of Santa Claus ancient ring in Israel (Israle Antiquities Authority)
The documentation of the artifacts found in the Qibya cave was carried out in cooperation with the Center for Cave Research at the Hebrew University of Jerusalem.