Hermes 900 "Kochav" drone had its first flight during Operation Protective Edge in 2014 over the skies of the Gaza Strip.

By ANNA AHRONHEIM
AUGUST 23, 2017 11:11
The IDF Hermes 900 Kochav Drone (IDF Spokesperson's Unit)
Advertisement
The Israel Air Force has declared full operational capability of its upgraded Elbit Systems Hermes 900 “Kochav” unmanned aerial vehicle on Wednesday, after a lengthy series of tests performed by the IAF’s flight-test squadron.According to a statement released by the Israel Defense Forces (IDF), the main objective of the upgrade was to double the power and capabilities of the UAV in as many aspects as possible, including its size, carrying capacity, air time and flight range. Other upgrades to the UAV included its communication systems, modes of operation and maintenance methods.“This was done in order to optimize and facilitate the absorption of the new UAV into the existing infrastructure, without changes in length of training,” it read adding that despite the similarity of the UAVs the process included series of trial flights and adapting of combat doctrines.The Hermes 900 is Elbit Systems’ next-generation multi-role medium altitude long endurance (MALE) unmanned aerial system (UAS) with a flight altitude of more than 30,000 ft and flight capabilities in all weather conditions.The Hermes-900 has a wingspan of 15 m, is 8.3 m long and has a max takeoff weight of 1,100 kg and has a maximum payload weight of 300 kg.Based on Elbit’s Hermes 450 UAS with over 300,000 operational flight hours, the Hermes 900 is used for both ground support and maritime patrol missions, as well as for integrated multi-platform, multi-sensor operations. It has double the power and capabilities of the Hermes 450 and is able to carry a wide range of intelligence-gathering payloads and capable of performing missions for area dominance and persistent surveillance, target acquisition and intelligence gathering. 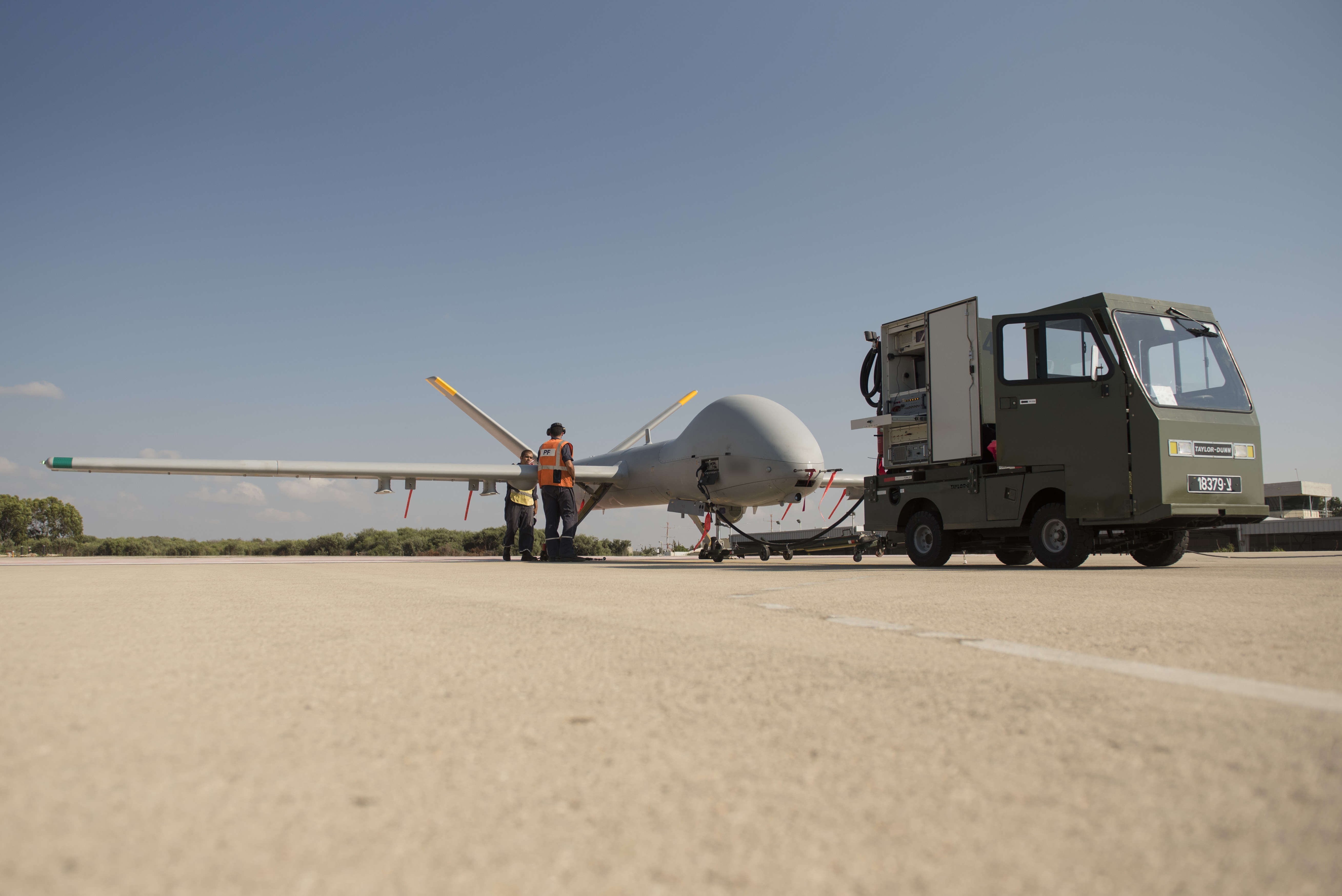 The new IDF "Cochav" drone, August 2017. (Credit: IDF Spokesperson's Unit)The Kochav had its first operational mission in the IAF on July 15th 2014 over the skies of the Gaza Strip during Operation Protective Edge, supporting a mission which ended with an airstrike which destroyed Hamas militant infrastructure. During the conflict the Kochav accumulated hundreds of flight hours with an extremely high success rate.In a December 2015 interview with The Jerusalem Post Elad Aharonson, executive vice president and general manager of the Intelligence and ISTAR (intelligence, surveillance, target acquisition and reconnaissance) Division at Elbit, the upgrades were done to tailor the Hermes 900 to the IDF’s need to monitor quickly disappearing guerrilla-terrorist targets.According to foreign media reports, Israel is considered a leading exporter of drones, with IAI and Elbit, selling UAVs to countries including Chile, Colombia, France, Germany, India, Mexico and Singapore. The Hermes 900 was used during the 2015 World Cup in Brazil and last year the United Nations MINUSMA (Multidimensional Integrated Stabilization Mission in Mali ) signed a 3 year contract with Thales UK to them in Mali with the option to extend it another two years if necessary.