A relatively unknown American Jewish singer/songwriter has collaborated with Jewish rapper and hip-hop sensation Nissim Black on an inspirational song, which is starting to gather steam online.

Brooklyn-based Dustin Paul reached out to the popular rapper to collaborate on his song “Human Greatness 2.0.”

Born in Seattle, Black converted to Judaism and began to write his songs from a religious standpoint. Since making aliyah in 2016, Black continues to perform globally to mixed audiences and fans.

One of them, Paul, an aspiring songwriter, thought Black would sound great on the verses and decided to send the acoustic demo to Black and his manager.

“They loved it,” Paul said. 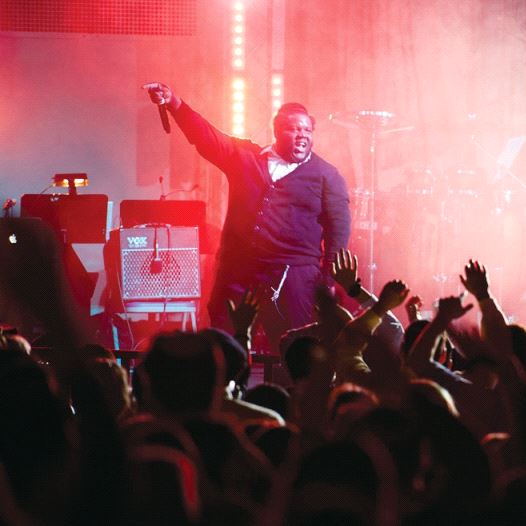 Black recorded the first verse in Israel and then the two singers met up in Brooklyn to finish the song. Afterwards, they decided to make a music video for it.

“It’s just been a great experience. We both try to put our values into our music while appealing to a broad audience,” explained the religiously observant Paul.

“I never really got involved in the Jewish music scene because it just didn’t resonate with me,” he explains, adding that he grew up listening to a lot of rock music. “That’s really where my roots started.”

Recognizing his passion for song, Paul has been focused on music since high school. He’s worked as an MC for DJs and collaborated with them on their electronic music in many clubs, including those in the Netherlands and Portugal.

Meet Dustin Paul and his influences

“It’s been a blessing but at the same time, my focus has always been my own music,” Paul said.

When Paul wrote “Human Greatness 2.0,” it was originally worked on with one of the DJs he collaborated with. “He made it into an electronic dance music kind of sound.”

However, he thought the message was very powerful.

“I thought it would sound great with just some guitar and vocals.”

The song was originally written during the pandemic, a time of darkness, and Paul said he wanted to focus on the positive.

“I was trying to therapeutically change my own psychology by writing this song,” he said. As opposed to viewing the world negatively, he wanted to focus on the people who were coming out of the woodwork to help fix a broken world.

“I was trying to therapeutically change my own psychology by writing this song.”

“I wanted [the song] to be a reminder that human beings can be great despite all of the darkness.”

Posted last week, the video already has over 21,000 views. The song can be streamed on Apple Music and Spotify.