Four books and a scroll written in Hebrew and embossed with gold leaf were seized by Turkish authorities from a smuggler. 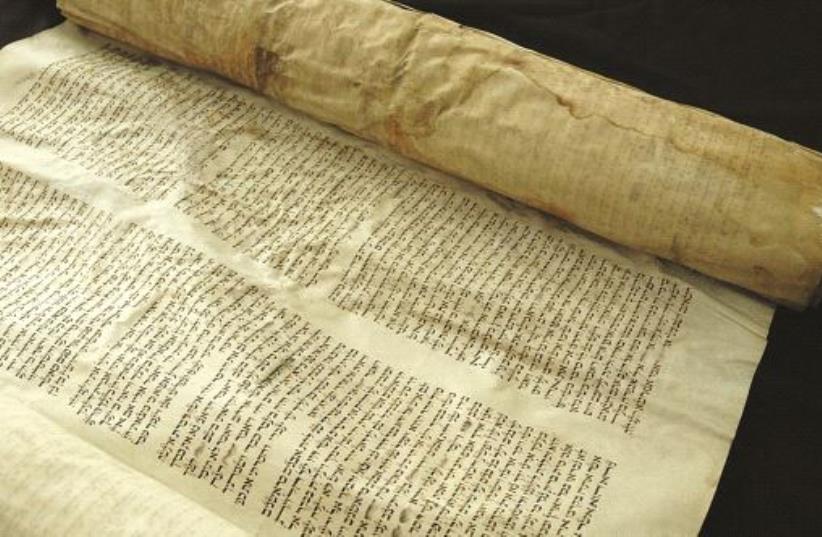 Gold-embossed parchment manuscripts written in Hebrew that are believed to be about 1,000-years-old were seized by police in the city of Mardin in southeastern Turkey last week after they were illegally imported.

Video and pictures of the books shared by the Mardin Provincial Police Department showed drawings of animals such as an owl, deer, scorpion and bull surrounded by Hebrew writing, although it is unclear if the books were written in Hebrew or in another language or dialect which used Hebrew characters, such as Judeo-Arabic.

The police announcement identified the four books and one scroll as Torahs (the Hebrew Bible).

The books and the case in which the scroll was kept were all adorned with the Star of David and one of the books also had a menorah on its cover.

One suspect has been arrested in the case.

The Syrian Observatory for Human Rights reported on Tuesday that sources had informed it that the manuscripts seized by Turkish authorities had been stolen by the al-Rahman Legion, a Syrian rebel group, from the Eliyahu Hanavi Synagogue in the Jobar neighborhood of Damascus, and were smuggled to Turkey.

Locals from Jobar had reportedly demanded that the al-Rahman Legion return the manuscripts, as well as other manuscripts that the militia had allegedly stolen from the neighborhood. According to the report, the militia denies being in possession of any of the manuscripts and says that it left them in the eastern Ghouta area when it withdrew from the area.

The Eliyahu Hanavi Synagogue was bombed and looted during the Syrian Civil War, according to Diarna, a digital database about Jewish heritage in North Africa and the Middle East. The site is traditionally believed to be where the prophet Elijah hid from the Israelite king Ahab after declaring a drought. The site is also believed to be where Elijah's successor, Elisha, was anointed.

Acting on a tip-off, police squads stopped two suspects in a car and found the manuscript, said the sources who asked not to be named due to restrictions on speaking to the media.

In a video of the search, police could be seen rifling through backpacks in the trunk of the suspects' car. The ancient artifact was wrapped in a simple plastic bag wedged in the pockets of  an empty cloth bag.

Police could then be seen removing the golden Torah from the plastic bag with gloved hands, before removing it from its ancient protective casing. Pages in which ancient inscriptions are written could be seen.