To be a people with free will means to apply, in the loftiest sense, our uniqueness as humans created in the image of God. 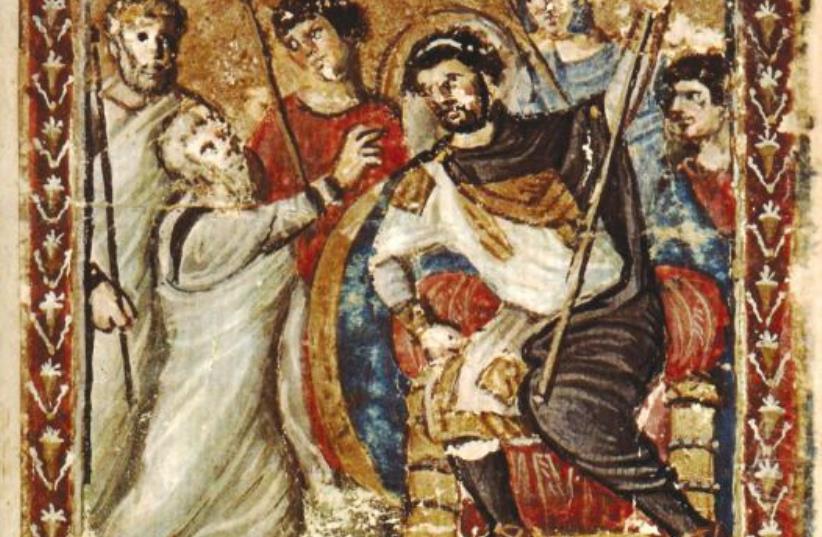 'Moses before the Pharaoh,’ a sixth-century miniature from the Syriac Bible of Paris
(photo credit: Wikimedia Commons)
Advertisement

One of the more profound concepts in Judaism is free will, the ability to choose between good and evil. That a person always has free will is a foundation of Jewish faith. Divine reward and punishment stems from this concept. Another foundational concept in Judaism is repentance. No matter what someone does, a person is able to repent and atone for their actions. In this week’s parasha, Parashat Va’erah, there is a description of godly proceedings, raising questions regarding the existence of free will and the ability to repent in any situation. Great Jewish thinkers have pondered these questions at length.

We are discussing God’s handling of Pharaoh, the king of Egypt. After centuries of Egyptian enslavement, God sends Moses to take the children of Israel out of Egypt and tells him that it will be a long process that will include great punishments wrought upon the Egyptians in order to publicize the presence of God in the world. We go on to read in this parasha about seven of the ten plagues that come consecutively: blood, frogs, lice, wild animals, livestock pestilence, boils, and hail. The justification for repeatedly hardening the heart of Pharaoh and punishing the Egyptians in different ways was that Pharaoh continued to go back on his capitulation to liberate the Chosen Nation after each plague.

How was it possible for Pharaoh to ignore the punishing plagues afflicting him again and again? We find the answer in God’s words to Moses when He sends him to ask Pharaoh to release the nation:

“And I will harden Pharaoh’s heart, and multiply My signs and My wonders in the land of Egypt.” (Exodus 7:3)

We can understand from this verse that God harden Pharaoh’s heart causing him to resist the plagues and continue his ways. There is a difficulty that it appears as though God took away Pharaoh’s free will and the possibility of repentance. Various explanations have been offered to resolve this, one of which is by Rabbi Joseph Albo.

Rabbi Albo, a rabbi and philosopher, was active in Spain at the start of the 15th century. This was a time of great crisis in the Jewish community when many Jews were forced to convert to Christianity. His book, Sefer Ha’Ikarim, dealt with the fundamentals of Judaism. Rabbi Albo related to the question of Pharaoh’s free choice and offered a fascinating explanation. If a sinner decides to repent only after God punishes him, the repentance would not stem from free will but from coercion – the coercion of punishment, not free will, forced the change in his behavior. Therefore, God always leaves an opening for a person to view a punishment as coincidental, seemingly not coming from God or having any connection to the sinner’s bad actions; and thus, the element of coercion in the punishment disappears and a person has the free will to choose between good and evil.

When God hardened the heart of Pharaoh, He gave Pharaoh the ability to interpret the punishments afflicting him as coincidental and enabling him to choose whether to obey His will or not.

Rabbi Joseph Albo’s message is profound: We are almost always confident that our choices are free will choices, but in all situations a person should ask themselves if what they are deciding is really what they want or are there people influencing my decisions because sometimes we are biased.

There may be an element of coercion impacting our choices – various events, fears, strong feelings that could cause a change of heart and lead us to make a choice that is not completely our own.

God asks of us that we make true, authentic and voluntary choices, and to be mindful of our deep-seeded desires.

God asks of us to choose life from a place of profound freedom.

To be a people with free will means to apply, in the loftiest sense, our uniqueness as humans created in the image of God.