Can 250 Israeli generals be wrong?

The Commanders for Israel’s Security group claims it is “changing the rules of the game,” while putting Israel’s security first. 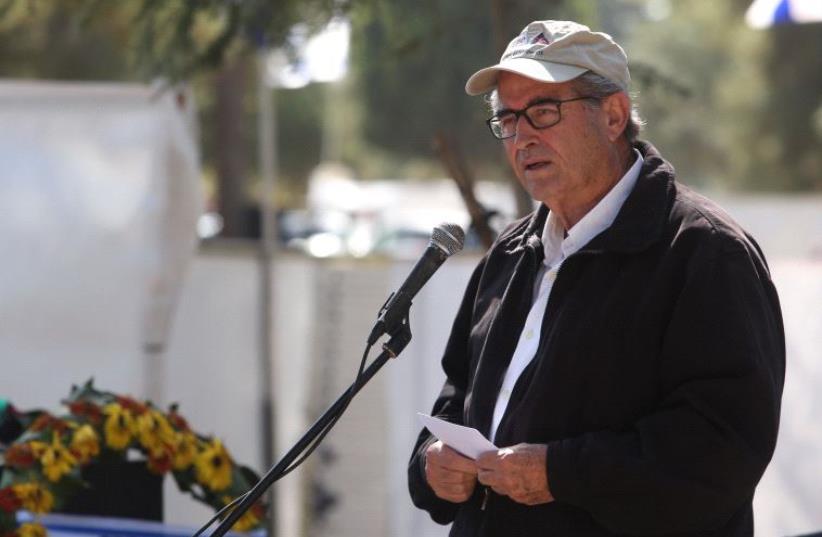 Former Mossad chief Shavit Shabtai
(photo credit: MARC ISRAEL SELLEM/THE JERUSALEM POST)
Advertisement
Okay, full disclosure: I am in love with Shabtai Shavit. I met the legendary ex-head of the Mossad under the most exciting circumstances: I was in my 20s and dramatically happy with the man I was about to marry. But there was some weirdness: Martin wouldn’t tell me what he did. He seemed to do nothing; my soon-to-be fiancé had hours free each day; sometimes he disappeared for secret meetings that he wouldn’t discuss. I was sure he was dealing drugs.Then, the day after we became engaged, Shavit took us out for dinner. My prospective husband, it appeared, was not a shady character after all; he was working for the country.

Everyone in the organization seemed to be gorgeous: Martin was a handsomer version of Paul McCartney, and Shavit made Sean Connery look just okay. I was a simple girl from a tiny dorp in South Africa; this glamorous world of espionage and adventure was unreal and magical to me. And the reason I’m sharing these memories today is because, thanks to my lovely late husband, I am privileged to know some of the magnificent men who make up CIS, the 250 Commanders for Israel’s Security.You probably noticed their recent campaign: full-page ads in leading newspapers and oversized billboards on highway edges showcasing a cheering, jeering Palestinian crowd bearing flags and placards proclaiming, in Arabic: “Soon we will be the majority” and “Palestine: One state for two people” in English. Campaign videos question whether the billboards bother you, and answer that although the ads will soon disappear, the two and- a-half million Palestinians on the West Bank are here to stay.CIS claims it is “changing the rules of the game,” while putting Israel’s security first. Simply put, it envisions securing the future of the people in the Holy Land through peace, not war; it believes the only way forward is through two states for two nations. In other words, giving up most of the West Bank; withdrawing to the 1967 borders with any “arrangements and adjustments as dictated by Israel’s security and demographic needs.”The men from the ministries have drawn up maps and considered transportation routes and contiguity of land and completion of the fence. Their independent initiative includes a clear policy for Jerusalem and Gaza; they have addressed civil-economic and political factors as well as how to improve Israel’s regional and international standing. Their plan includes keeping an IDF presence in the West Bank until a permanent agreement is reached, even if this takes a few lifetimes.In the meantime, the “Security First” principles include separation from the Palestinians and integrating measures on multiple levels – military, political and civil-economic – to be concurrently implemented in the West Bank, Jerusalem and Gaza. This initiative will not be contingent on the existence of a “partner” – it’ll be in our interests, and decided by us.The generals argue that until there is proper peace, stable coexistence is preferable to ongoing wars. A completed security fence with strict border controls will enhance security, law and order will be restored in east Jerusalem, illegal weapons will be confiscated, and measures taken to reduce friction between Israelis and Palestinians in the West Bank.These integrated tracks, they believe, will extricate Israel from the current dead end and bring about a significant, sustainable improvement in Israeli security.And even if you’re more right wing than Naftali Bennett or more sure of your stance than Ayelet Shaked, there’s one thing you simply cannot say – and that is that these guys don’t know security.Together, these ex-army generals and leaders of the Mossad, Shin Bet (Israel Security Agency) and Israel Police have logged up an astonishing 6,900 cumulative years of defending Israel; they have to know more than most. And they are not happy with the way politics are panning out in the Holy Land.Israel is such a very tiny place; every bit of land is layered with memory and blood. Leaders brand themselves as those who can protect our territory; Shavit believes this can be a dangerous path.“There are some today, like the religious Zionists, who prefer territory to people,” he claims. “People do not hold an intrinsic value for them; their core value is to occupy land at any political price.”And when you co-opt God, there can be no discussion. Shavit says that the religious Right, with its messianic outlook and urge to build, build, build, is doing everything in its power to impose a situation on the ground where two states will no longer be feasible.And this, he fears, could spell disaster for Israel.Shavit, like others in the group (and like our late prime minister Arik Sharon), did not always hold these views.His views were right of center, until unfolding history caused him to undergo a transformation. Being open to persuasion is a value, he says. As Moshe Dayan was wont to retort, when criticized for his zigzags, “Only donkeys never change their minds.” In a dynamic, ever- changing world, being able to grasp new realities is a virtue.According to Shavit, our present prime minister, who likes to brand himself as “Mr. Security,” is unlikely to bring us any sort of lasting lull. Already in 2014 the nascent group, then numbering 103 senior retired army officers, wrote to the prime minister, urging him to preserve prospects for a two-state solution by adopting the Arab Peace Initiative as a basis for negotiations with the Palestinians. The group advised Netanyahu to take unilateral action by freezing settlement construction east of the security fence, encouraging settlers to move back to Israel proper, and for Israel to categorically renounce territorial claims to Palestinian land.So far, he hasn’t exactly listened. Still, Shavit is optimistic.“In the end,” he says, “a new leader will rise up to fill the vacuum. At some point we’ll get to a land arrangement, and things will settle down; the ‘how’ is still a mystery. In the meanwhile, there is nowhere else on the planet that we would rather be.”Solving the Middle East conflict is too big for me; I don’t even always read the details of the daily dramas. But these 250 generals, with their experience and their gravitas, haven’t only studied the conflict for the last 70 years, they’ve lived it. I am going to trust them to know what we should do.Shabbat shalom to us all; here’s to peaceful weekends and workdays, too, always.For more information: en.cis.org.il The writer lectures at Beit Berl College and IDC Herzliya. [email protected]