Gaza is chronically short of electricity and is never able to provide 24-hour service. 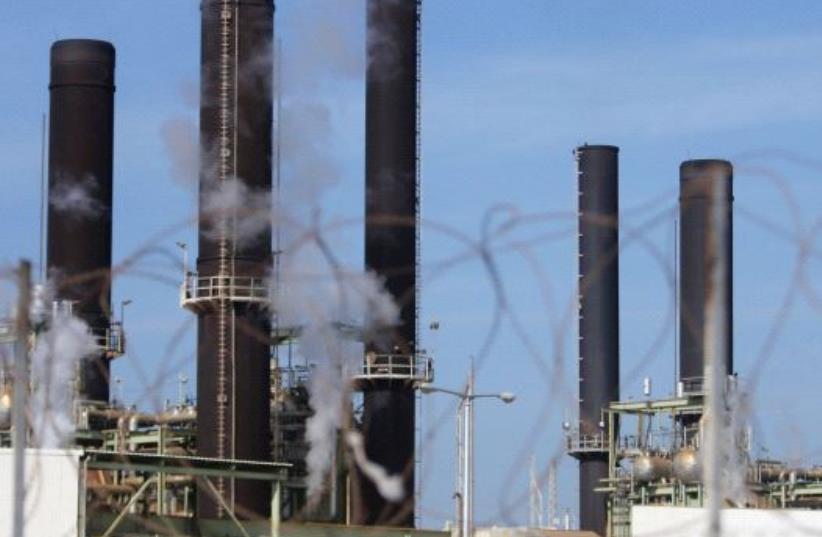 Gaza’s sole power plant shut down over the weekend for lack of fuel, leaving the 2.1 million Palestinians living there with only four hours of electricity daily.

“This will seriously impact economic and social rights, including the supply of clean water, hygiene and healthcare,” the United Nations Office for the Coordination of Humanitarian Affairs said.

Gaza is chronically short of electricity and is never able to provide 24-hour service. Prior to the IDF’s Operation Dawn against Palestinian Islamic Jihad targets, Gazans received from 11 to 15 hours of electricity a day.

Israel’s closure of the two main crossings into Gaza last Tuesday – at Kerem Shalom for commercial use and at Erez for pedestrians – has meant that fuel for the power plant or in any fact any supplies cannot enter the Strip.

The plant shut down on Saturday and is expected to remain closed until Israel allows fuel to enter the Strip. 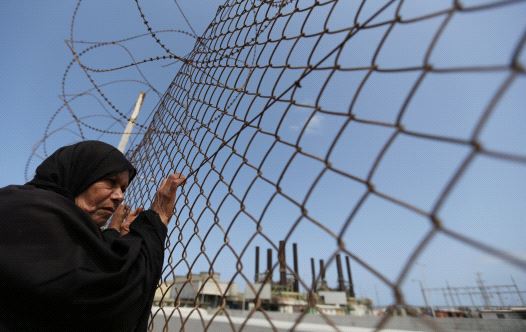 A Palestinian woman stands by a fence during a protest calling for an end to the power crisis, outside the power plant in the central Gaza Strip April 23, 2017. (credit: REUTERS)

As a result “Gaza’s already insufficient electricity supply has been further reduced, now standing at less than 20% of actual demand,” said the Israeli NGO Gisha – the Legal Center for Freedom of Movement.

The absence of electricity makes it difficult for Gaza hospitals to operate particularly at a time when they are treating casualties from Israel’s aerial bombardments, Gisha said.

“Water and sewage treatment facilities across the Strip have already been impacted,” it added.

Gaza is now dependent on limited external power sent in from Israel. Egypt, which also borders Gaza is not currently supplying it with electricity.

Gisha along with the NGOs Adalah, Physicians for Human Rights and the Gaza-based Al Mezan Center for Human Rights, called on Sunday for the IDF to halt Operation Breaking Dawn and for Israel to open its crossings and to allow goods, including humanitarian supplies, to enter the Strip.

The NGOs wrote a letter to Defense Minister Benny Gantz, Attorney-General Gali Baharav-Miara and Coordinator of Government Activities in the Territories Maj.- Gen. Rassan Alian with that request, adding that at the very least medical patients should be able to leave, while fuel and other humanitarian necessities should be allowed to enter.

The NGOs charged that Israeli actions in Gaza “raise serious suspicion of flagrant violations of the laws of armed conflict that may amount to war crimes, and you are required to stop them immediately,” the letter stated.

On Sunday afternoon three mortar bombs fired from the Gaza Strip hit the Erez Crossing damaging the roof, the Defense Ministry said. “Shrapnel fell into the entrance hall, an area that is used to facilitate the daily passage of thousands of Gazans that work in Israel, the ministry said, adding that the crossing’s closure limited the impact of the mortars.

Egypt also operates a crossing into Gaza at Rafah, mainly used for pedestrian traffic. It has been closed for the last year.