Despite the promises of a "pivotal" speech, Abbas's speech provided no new vision, idea, or information.

Abbas’s latest address, however, did not include anything new.

In fact, there’s a striking resemblance between Friday’s speech and previous addresses before the General Assembly. As such, Abbas’s speech was anything but “historic” and “pivotal.”

Abbas repeated most of the threats he has made in the past, including walking away from all signed agreements with Israel. He has made the threats not only in his appearances before the GA, but also in speeches and statements during meetings of PLO and Fatah institutions in Ramallah.

Abbas loyalists praised his latest speech, while his critics insisted it was simply a repetition of previous statements and threats. 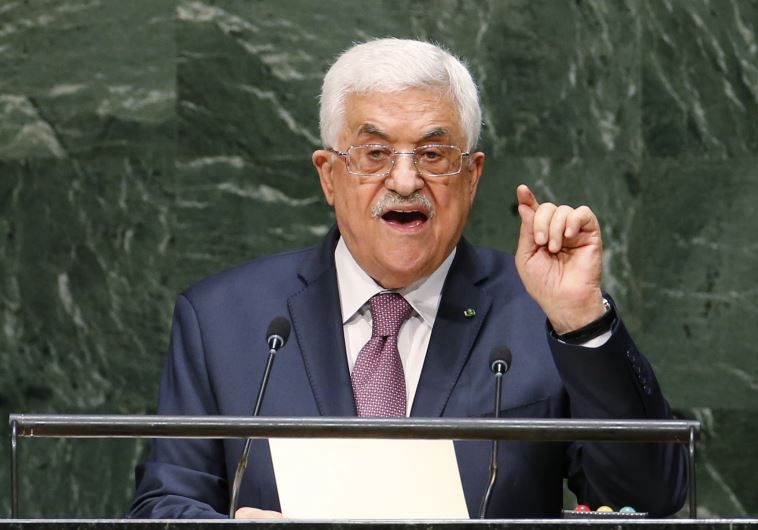 “President Abbas’s speech was historic and detailed and establishes a decisive stage in our struggle with the Israeli occupation,” said Eyad Jarad, a senior representative of the ruling Fatah faction.

Hamas and other Palestinians, on the other hand, retorted by arguing that the speech did not rise to the level of the Palestinians’ expectations. They especially expressed disappointment with Abbas for failing to carry out his previous threat to sever all ties with Israel.

In last year’s address to the General Assembly, Abbas issued an ultimatum to Israel, saying it “has one year to withdraw from the Palestinian territory it occupied in 1967, including east Jerusalem,” adding that “we are ready to work throughout this year on the delineation of borders and solving all final status issues under the auspices of the international Quartet and in accordance with the United Nations resolutions. If this is not achieved, why maintain recognition of Israel based on the 1967 borders?”

On Friday, Abbas chose to ignore his own ultimatum.

What did Abbas say in his speech?

Instead, he repeated his threat to “revise” the Palestinians’ relations with Israel, adding that “we have the right and obligation to explore other means to achieve our rights,” including the implementation of resolutions by the PLO and Fatah to revoke recognition of Israel and renounce all signed agreements between the two sides.

By all accounts, Abbas’s latest speech reflected his state of despair and frustration not only with Israel, but also with the international community, which he took to task for its failure “to end the occupation and deter Israel’s ongoing aggression against our people.”

Abbas said he was “saddened” that the US and a number of European countries that advocate adhering to the two-state solution and recognize Israel have still not recognized the Palestinian state and are even threatening to block the Palestinians’ bid to obtain full membership in the UN.

He also repeated his old charge that the international community was applying “double standards” in its dealings with the Israeli-Palestinian conflict.

Abbas’s message to the international community: “The ball is now in your court. The peace process has failed, and the time has come for the intervention of the UN to force Israel to comply with all international resolutions pertaining to the Israeli-Arab conflict.”

Abbas, however, left the door open to the possibility of resuming the stalled peace talks by calling on the Israeli government to immediately return to the negotiating table with the Palestinians. His political rivals, of course, were unhappy to hear about his readiness to resume peace talks with the Jewish state.

Although he accused Israel of destroying the two-state solution, Abbas described Prime Minister Yair Lapid’s support for the idea as a “positive matter.”

In his speech, the PA president also sought to send messages to Israel and his own people. His message to Israel: “The Palestinians continue to seek peace, security, stability and prosperity for the sake of our generations and all the peoples of the region. The Palestinians are also opposed to terrorism and violence.”

Abbas’s scathing attacks on Israel were primarily directed to the Palestinians, particularly in light of widespread criticism of his policies and measures. His popularity has plummeted to its lowest level, with more than 70% of Palestinians demanding that he step down.

His speech came days after Palestinians in Nablus took to the streets to protest the arrest of two Hamas members by PA security forces.

That’s why it was important for Abbas to reassure his people that he is not a puppet in the hands of Israel. “I want to say to our people and the whole world that I’m proud that I have spent several decades of my life struggling with my brothers, the leaders of the Palestinian people, to preserve the rights of our heroic and brave people.”

Abbas’s near-identical speeches at the UN and other forums show that the man has not changed his views and policies since he came to power in 2005.

On Friday, the 87-year-old Palestinian leader showed that the legacy he wants to leave behind is that he remained totally faithful to the rights and aspirations of the Palestinians to the last day of his life. He also wants the world to remember him as a leader who tried to make peace, but failed because of Israel and the international community.