“Three to four weeks. A month or less. That’s how long most analysts have concluded it would take Iran to produce enough fissile material for a nuclear bomb,” Sen. Bob Menendez said.

WASHINGTON – Senate Foreign Relations Committee chairman Sen. Bob Menendez (D-New Jersey) laid out “growing concerns” with the indirect negotiations between the US and Iran on Tuesday.

“As someone who has followed Iran’s nuclear ambition for the better part of three decades, I am here today to raise concerns about the current round of negotiations over the Joint Comprehensive Plan of Action, and Iran’s dangerously and rapidly escalating nuclear program that has put it on the brink of having enough material for a nuclear weapon,” Menendez said in a speech on the Senate Floor.

“Three to four weeks. A month or less. That’s how long most analysts have concluded it would take Iran to produce enough fissile material for a nuclear bomb, if they choose to do so. That is not a timeline we can accept.

“That is why I’m calling on the Biden administration and our international partners to exert more pressure on Iran to counter its nuclear program, its missile program, and its dangerous behavior around the Middle East, including attacks on American personnel and assets,” said Menendez.

“Today, many of the concerns I expressed about the JCPOA back in August of 2015 are coming back to haunt us in the year 2022,” he continued. “First and foremost, my overarching concern with the JCPOA was that it did not require the complete dismantlement of Iran’s nuclear infrastructure. Instead, it mothballed that infrastructure for 10 years, making it all too easy for Iran to resume its illicit nuclear program at a moment of its choosing.” 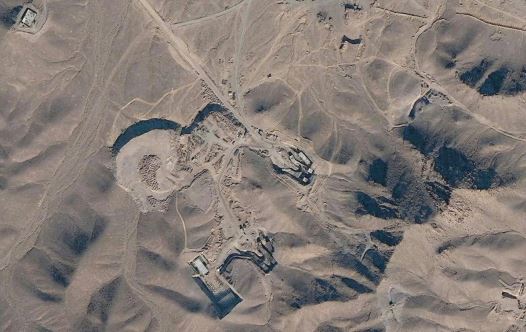 He went on to say that Iran was “back in business at Fordow, spinning its most advanced centrifuges and enriching uranium to a higher level of purity than before it entered the JCPOA.”

“We are not dealing with a good faith actor here,” he said. “Iran’s consistent obfuscation, continual stalling, and outlandish demands have left us flying blind, especially when it comes to verifying that Iran is not engaged in activities related to the weaponization process – activities related to the design and development of a nuclear explosive device – activities which were explicitly banned in Section T of the JCPOA.”

Menendez noted that Secretary of State Antony Blinken said that the administration’s goal is to create a longer and stronger agreement.

“A year later, I have yet to hear any parameters of ‘longer’ or ‘stronger’ terms or whether that is even a feasible prospect,” he said.

“It’s time to start thinking out of the box and consider new strategies for rolling back Iran’s nuclear program and addressing its dangerous and nefarious activities. These new efforts should include creative diplomatic initiatives, stricter sanctions enforcement, and a steely determination from Congress to back up President Biden’s declaration that Iran will ‘never get a nuclear weapon on my watch.’

“One critical first step is vigorously enforcing the sanctions we have in place,” said Menendez. “Of course, we must be realistic here. Former president Trump’s disastrous withdrawal from the JCPOA hampered our ability on the sanctions front.”

He said the Biden administration “must rigorously enforce our sanctions, including targeting Chinese entities in a way that will impose a serious cost,” and to use sanctions “to crush the illicit, underground economy of Iranian oil shipments throughout the world.”

“We have to urge our P5+1 partners to call for snapback sanctions on Iran under the parameters of the JCPOA,” said Menendez. “And we should be urging the EU to re-impose its pre-JCPOA sanctions on Iran.”