The 2013 film depicts a fictional reality in which each year, there is a 12-hour period during which all crimes are legal and people stay at home to be safe. 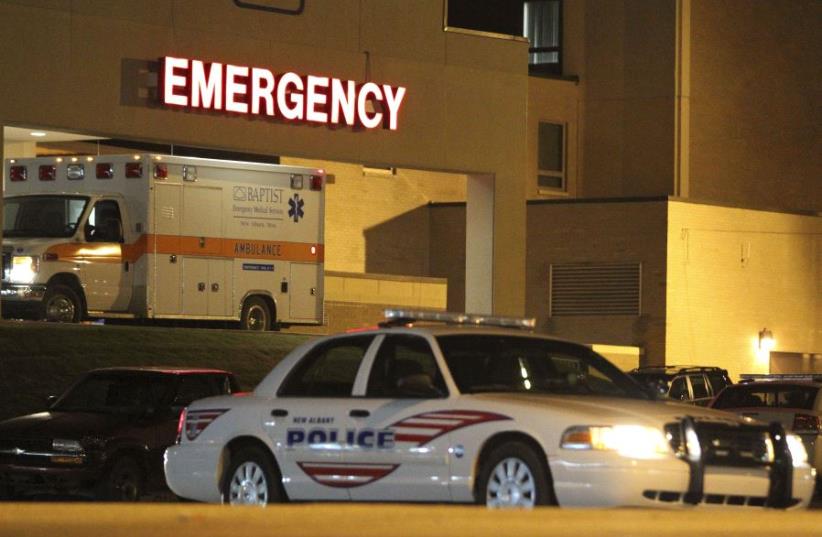 A police car in Mississippi
(photo credit: REUTERS)
Advertisement
Residents of Crowley, Louisiana, were shocked on April 2 when local police announced the beginning of a curfew order to halt the spread of the novel coronavirus by using the same siren used in the fictional 2013 film The Purge, the Wrap reported.
The fictional film depicts a US ruled by an extreme right-wing group where once a year, there will be a 12-hour-period during which all crimes will be legal. The result is that each year, people shut their doors and do their best to protect themselves. Another aspect of the film is that those who attempt violent acts often wear masks to avoid being recognized by neighbors and friends.
The usage of the siren, which might have been a stab at a joke or simply a lapse in judgment, was slammed by local residents who were not amused.
Arcadia Parish Sheriff KP Gibson distanced himself from the incident and, at the time of this report, nobody stepped forward and admitted responsibility for the siren. The usage of sirens to signal the beginning of the curfew ended following the public backlash.
The US had seen a spike in gun purchases during the recent coronavirus outbreak as well as an increase in domestic crimes.
An Illinois man shot his wife dead and then killed himself in what police believe is a coronavirus-related crime. However, tests showed that neither of them had the virus.