To win the battle of public opinion, educational programs are not enough. If we want to tell the truth about Israel, we have to build messaging that will reach hundreds of millions of people.

By MARCELLA ROSEN
THE US and Israeli flags fly at Ben-Gurion Airport ahead of President Joe Biden’s arrival in July. The writer asks: ‘How will young Americans view Israel’s relationship with the US – a strategic asset, or a threat?’
(photo credit: AMIR COHEN/REUTERS)
Advertisement

Millions of American students are starting new academic years at colleges across the US. Alongside their formal education, they will be exposed to organizations promoting a wide range of social causes. For the Jewish students, this also means a high likelihood of being harassed by people spewing anti-Israel hate speeches under the disguise of pro-Palestinian activism. While Jewish organizations tend to focus on the impact this has on Jewish students, it is time we shifted our focus to the 98% of non-Jewish Americans who hear – and often believe – these harmful and often false claims.

Make no mistake: slowly but surely, Israel’s value to Americans is dropping. The latest Pew research shows that older Americans express much more favorable views toward Israel than younger ones, with the gap significantly larger among American adults who identify as Democrats. These trends are a strategic threat to those who care about Israel, and its relationship with the US. However, unlike other challenges that have a clear “wakeup call” moment, this one is ongoing and incremental – making it extremely hard to change. We must wake up, and we must take action now, before it is too late.

Besides the Jewish students, the anti-Israel (and often antisemitic) sentiment on campuses affects the lives of the rest of the entire student body. As they grow up and take key positions in our society – in business, government, social activism and more – these misconceptions will continue to shape them and the world around them.

Israel is a thriving democracy: its Arab citizens serve in parliament, on the Supreme Court and head hospitals; it elected its first female prime minister in the 1960s (the US has yet to do the same); and members of the country’s LGBTQ+ community can proudly march in the streets or openly serve in senior military positions. 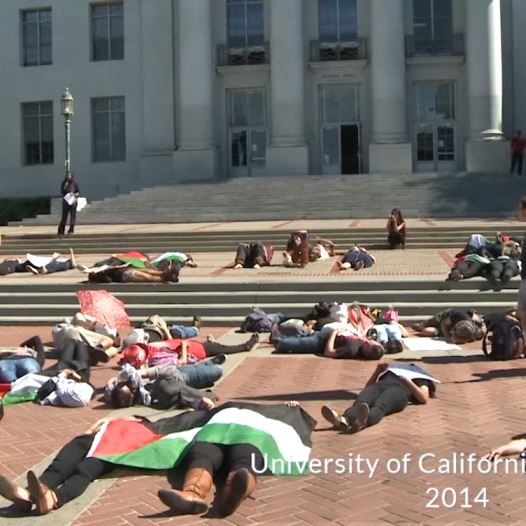 These are some of the most basic facts about Israel, yet most Americans are ignorant and clueless about them. Moreover, many younger Americans – our future leaders in business, politics and social activism – are completely misinformed and disoriented, thanks to the intentional disinformation campaigns of anti-Israel groups, which have harnessed social media and populist taglines to tarnish Israel’s name.

They do this by creating symmetry between the Star of David and the German swastika, and by spreading lies and blood libels. Their aim is not only to hurt Israel’s brand, but to make it one that is bad for business – as epitomized by the Boycott, Sanctions and Divestment (BDS) movement.

THE LEADERSHIP of the American Jewish community has allowed the vast majority of the American public to remain ignorant about Israel. Many people thought that if we educated young Jews, they would be Israel’s best ambassadors. However, as the past 25 years have proven, without actively engaging the general public, the opposite is true: younger Jews are affected more by their peers and anti-Israel social media, not the other way around.

It is time for the Jewish leadership to wake up before it is too late. For decades, communal organizations, professionals, lay leaders and philanthropists have dedicated time and resources to educate people within the community. In essence, we have spent most of our efforts targeting some 2% of the American population, neglecting to carve out messaging, programming and engagement opportunities for 98% of the people around us.

Like any brand, Israel’s name evokes certain thoughts and emotions. When those are positive, people want to relate to Israel – and when they seem negative, the public tries to distance itself from it. We must start treating Israel as a brand. And like any marketing professional will tell you, this means running routine, day-to-day awareness campaigns as well as crisis management ones, if and when they’re needed.

Branding campaigns aren’t always easy, but when they work, they are irreversible. This is true not only for the likes of Coca-Cola or Nike, but also for social causes. American examples from our lifetime include the United Negro College Fund’s “A Mind is a Terrible Thing to Waste,” or the LGBTQ+ slogan “Out of the Closets and Into the Streets.” Thirty-five years ago, the American Jewish community had its own tour de force of social activism, under the iconic “Let My People Go” call in support of Soviet Jewry.

How will young Americans view Israel and its relationship with the US? Will they think it is a strategic asset or a threat?

This is our mission, and we are in a race against time.

To win the battle of public opinion, educational programs are not enough. If we want to tell the truth about Israel, we have to build messaging that will reach hundreds of millions of people. Communal organizations and philanthropists, professionals and lay leaders, must join forces to recruit the best storytellers and copywriters; the brightest, most savvy campaigners; and the most influential TikTokers – so that the true story of Israel is heard and seen by every American. We should all work together. Join us, before it’s too late.

The writer is a former advertising executive and the founder of Untold News, an organization dedicated to building support for Israel by educating Americans about Israel’s cutting-edge technology, medical, scientific and environmental advances; and vital humanitarian work.