It should be the right of the local rabbi to adhere to a more stringent interpretation of Jewish law. But at the same time, citizens should not be beholden to religious functionaries. 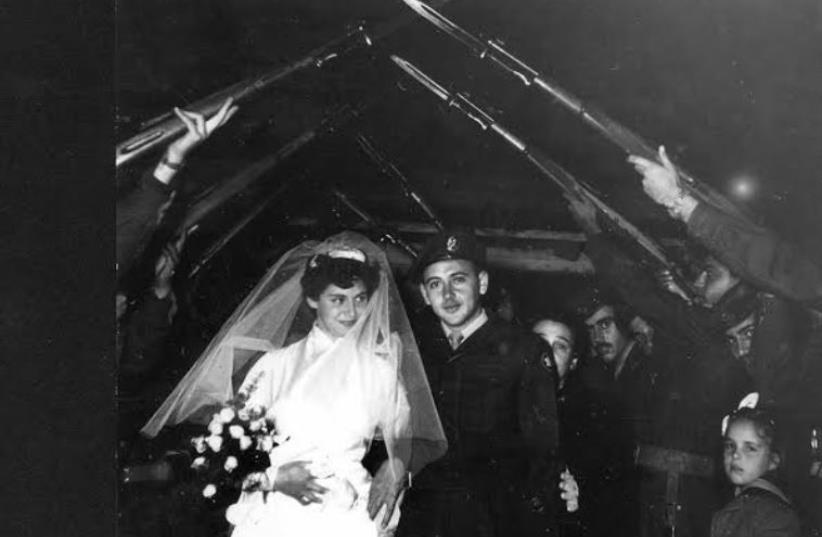 A military wedding in Israel, January 1957 (Photo Y. Mirlin)
(photo credit: COURTESY CENTRAL ZIONIST ARCHIVE)
Advertisement
The ills of mixing religion and state are many. One of the most common is the abuse of power by religious functionaries burning with the conviction reserved for those who believe they are doing the will of God. The victims are the unassuming citizens whose only concern is to exercise a basic right.This phenomenon was on display yet again this week when investigative journalists at Army Radio reminded us how some state-employed rabbis abuse their powers.It emerged from Army Radio’s report that Rabbi Binyamin Attias, chief Sephardi rabbi of Petah Tikva, is refusing to recognize the Jewishness of some Ethiopian converts living in his city.Because Israel continued the millet system imposed during the Ottoman era, only religious bodies – Jewish, Christian and Muslim – are permitted to conduct marriages and divorces. Those without religious affiliation are unable to marry. There is no civil option. An Ethiopian or anyone else who attempted to convert from, say, Christianity to Judaism but failed to receive recognition from men like Attias, are in limbo. They have left one religion but have not entered into another.Therefore, they cannot marry.Technically speaking, Attias is violating a Supreme Court decision from April 2013. He is also violating the Chief Rabbinate’s own directives, particularly one passed in May 2013, in the wake of the Supreme Court decision.Both the Supreme Court and the Chief Rabbinate have obligated all rabbis under the Chief Rabbinate’s auspices to recognize conversions performed by state-certified conversions courts, which also happen to be under the auspices of the Chief Rabbinate.But Attias has adopted a more stringent approach for converts. He refuses to rely on the testimony of the three-man panel of rabbinic judges who approved the conversion. He insists on conducting his own investigations into the religiosity of the convert.In the story about Petah Tikva’s rabbi, media emphasized how the victims of Attias’s excessive stringencies were all Ethiopians. The underlying message was that this was about racism, as though it was the color of the converts’ skin that bothered Attias. But the truth is that converts of all backgrounds face problems when they attempt to register for marriage. Immigrants from the former Soviet Union or their offspring who came to Israel under the Law of Return but are not Jewish according to Halacha face similar obstacles. Even after they undergo an Orthodox conversion in one of the state-run conversion courts and are declared Jewish by three Orthodox rabbinic judges, these converts are rejected by rabbis like Attias. The chief rabbis of several cities and towns automatically reject conversions conducted by state-run conversion courts, particularly the ones operating in the IDF. These converts are forced to travel outside their place of residence to register in a city with a more lenient chief rabbi.Admittedly, no rabbi should be forced to act against his own conscience. It should be the right of the local rabbi to adhere to a more stringent interpretation of Jewish law. But at the same time, citizens should not be beholden to religious functionaries.The time has come to reassess the country’s marriage policy. Perhaps the introduction of civil marriages is a solution too radical for a majority of Israelis who want to prevent intermarriage between Jews and non-Jews.But other, less radical, solutions are available. Decentralizing religious powers is one option.For nearly 2,000 years, the Jewish tradition maintained a conversion system whereby any rabbi could convert as he saw fit. This was standard practice outside Israel until fairly recently when the Rabbinic Council of America centralized its conversion system. Converts of any Orthodox rabbi in good standing were accepted as Jewish. No questions asked.With the advent of the Chief Rabbinate and based on the millet system, nearly 2,000 years of tradition were thrown by the wayside. The time has come to return to our roots.Israel is the only Jewish state in the world. Many Israelis want to continue to see the state encourage Jews to marry other Jews through legislation. However, our centralized Chief Rabbinate is dysfunctional because it has deviated from nearly 2,000 years of Jewish practice.The time has come to return to tradition.