Reopening US Jerusalem consulate for Palestinians is insanity - opinion

Should the consulate – against Israeli advice – be reopened, it will merely add to the long list of feckless American policies in the Israeli-Palestinian arena. 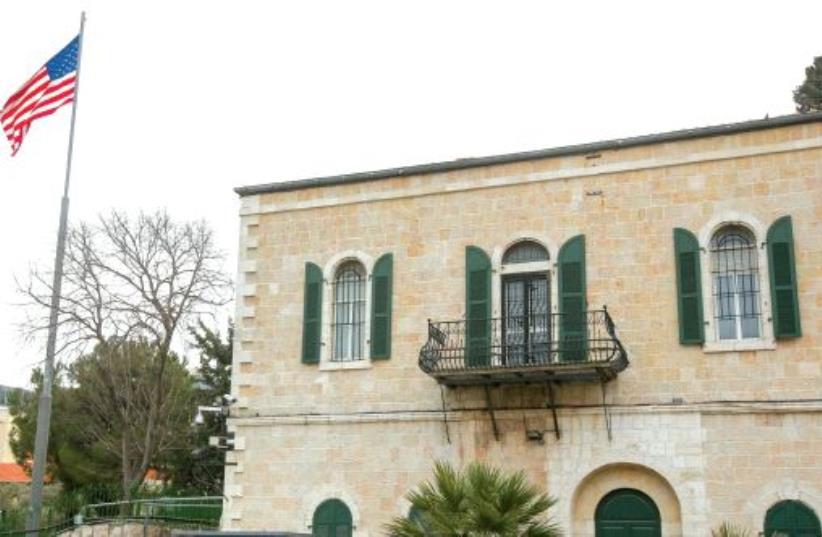 “Insanity,” so goes the saying often attributed to Albert Einstein, “is doing the same thing over and over again and expecting different results.”

If this definition is correct, then there have been few better cases of this diagnosis in recent decades than the US-Palestinian relationship. And in keeping with its futile tradition of placating Palestinian leadership in the hope that American friendliness will cajole Ramallah into moderating its stance vis-à-vis Israel, the Biden administration is planning on reopening its Jerusalem consulate, used to handle US-Palestinian affairs until its 2019 closure by the Trump administration. Should the consulate – against Israeli advice – be reopened, it will merely add to the long list of feckless American policies in the Israeli-Palestinian arena.

In 1988, following the Palestine Liberation Organization’s renunciation of terrorism and recognition of Israel’s right to exist, President Ronald Reagan announced the commencement of official US-PLO dialogue. With the subsequent Oslo Accords engendering hopes for Israeli-Palestinian peace, Palestinian extremism and recalcitrance became increasingly viewed as relics of the past.

But while such hopes for Palestinian moderation have since proven fanciful, US administrations have continued appeasing the PLO, despite its unrepentant promotion of rabidly antisemitic conspiracy theories and support of terrorists – financial and otherwise. Reopening the Jerusalem consulate will once again remind Palestinian leadership that despite its manifest refusal to cease its extremist behavior, the United States will continue treating it as an equal partner.

With decades of experience behind him, President Joe Biden is no stranger to the vitriol spread under Palestinian Authority President Mahmoud Abbas’s guidance, be it praise for Adolf Hitler on PA television, the PA’s commending of the notoriously antisemitic Russian forgery The Protocols of the Elders of Zion as an “important book,” or the encouragement on PA TV to carry out terror attacks. Yet despite such abject extremism emanating from Ramallah, Biden deemed it appropriate to reward Palestinian leadership by reopening the American mission in Jerusalem.

But this move isn’t just another misguided attempt to appease Palestinians. By forcing it through (Israeli permission is required to reopen the consulate, which is expected to be given begrudgingly), Biden would be contravening nearly three decades of bipartisan US policy of recognizing Jerusalem as Israel’s undivided capital. But more concerning, as Elliot Abrams and Amanda Rothschild – together having served under three Republican administrations – recently observed, “is that it amounts to a de facto division of Israel’s capital and represents a distinct infringement on the sovereign rights of the Israeli state.”

As a sovereign nation, it beggars belief that Israel’s right to determine its capital remains debatable. Should a future Israeli government decide to hand over east Jerusalem to a Palestinian state, that is its prerogative, but as a third party, the United States has no place dividing Jerusalem.

Practically speaking, too, there is little need to reopen a consulate for Palestinian affairs. Following the mission’s closure in 2019, it was merged with the new US Embassy in Jerusalem, with staff from the old mission now fulfilling the same work under the Palestinian Affairs Unit. And as Abrams and Rothschild noted, “there is no case in the entire world where a [US] consulate general exists in the same city as a US Embassy.” This is yet another case of double standards concerning the Jewish state, albeit this time from its greatest ally.

To be sure, the lack of dialogue between Palestinians and the Trump administration was problematic. This break in cooperation was perhaps best signified by Trump’s closure of the Palestinian mission in Washington along with the American mission in Jerusalem. In that spirit, Biden’s desire to repair the relationship does have its merits. Nevertheless, the Trump administration’s shuttering of both consulates was motivated, in large part, by the simple understanding that bad behavior should not go unpunished.

If, prior to 1988, the reasoning behind American refusals to engage with the PLO was that it supported terrorism and rejected Israel’s legitimacy, the question must be asked of Biden today as to why he sees fit to revamp US-Palestinian relations when, in reality, very little has changed in Ramallah. Despite Abbas’s assertions to the contrary to Western ears, the PLO has never displayed any inclination for toning down its wildly inflammatory rhetoric.

Time and again, American presidents have tried – and failed – to bring about a negotiated solution to the Israeli-Palestinian conflict. And while Washington’s foreign policy elites are busy twiddling their thumbs and wondering aloud about what could possibly guide Israelis and Palestinians toward a peaceful solution, purportedly ‘moderate’ Palestinians leaders are busy spouting anti-peace and antisemitic bile from their perch in Ramallah, without so much as raising an eyebrow in Washington.

For all of Trump’s flaws, he recognized that as long as Palestinian leaders continue receiving a moral exemption from the West, they will never negotiate with Israel in good faith, nor will they renounce Palestinian fanaticism beyond the confines of discussions with Western audiences. In closing the Jerusalem and Washington consulates, Trump delivered a long-overdue rebuke of the PLO’s obdurate extremism. His message to Ramallah was clear: actions have consequences.

And so, Biden has a choice to make. He can either continue in his predecessor’s footsteps and signal to the Palestinian leadership that he won’t tolerate even one step out of line, while simultaneously demonstrating his respect for Israeli sovereignty over Jerusalem. Or he can reintroduce the proven foreign policy failure of rewarding Palestinian fanaticism and recalcitrance – and thus provide cause to question the sanity of his administration.

The author is an Australian writer who focuses primarily on Israeli and Jewish issues. Twitter: @joshrfeldman