This Normal Life: When words and belief clash 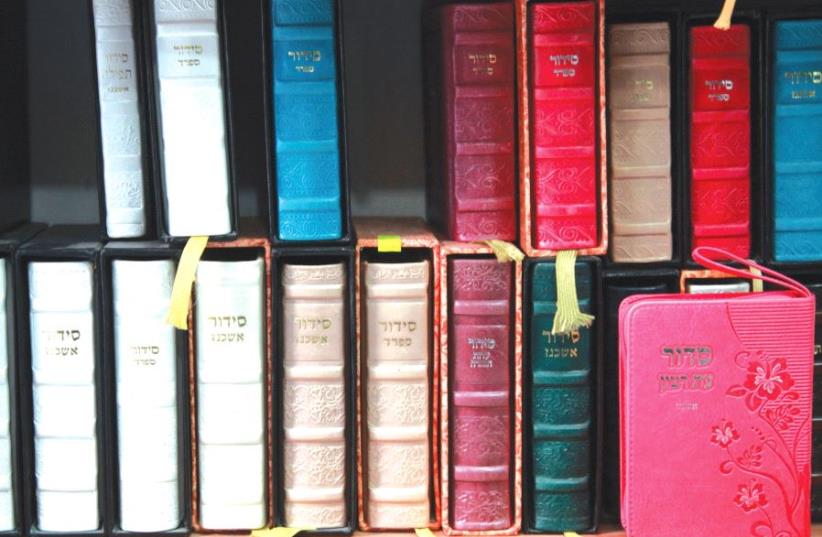 A siddur book
(photo credit: ILLUSTRATIVE: REUTERS)
Advertisement
It was Friday night, and as I was preparing to say the Shabbat kiddush – the traditional sanctification of the wine – one of our guests made a surprising request: “Could I, um, make my own kiddush?” The question seemed innocent enough, but I knew what he was getting at. It was not that he had the minhag (custom) of reciting the kiddush for himself, as some people do. Rather, he was not comfortable with me taking on the obligation of doing the Kiddush for him – I wasn’t an observant enough Jew by his halachic standards.I sat in silence for a moment, saddened and stung at being spiritually dissed yet still wanting to be respectful and wondering what (if anything) I should say in return.“Of course,” my wife, Jody, jumped in, reaching over and handing him a kiddush cup and bottle of grape juice.After dinner, Jody and I discussed what happened.“Why do you care so much?” she asked. “You don’t believe the words in the kiddush. You don’t even like saying them that much. Why get so upset if someone else wants to take that on for the night?” Jody was right: Since my observance has waned, I’ve tiptoed along a spiritual tightrope, in some cases scrupulously adhering to the traditions I followed for so many years, in others, blazing a personal path toward unorthodox authenticity. In this delicate dance, my choices and public displays of Judaism are not always logical.MY KIDDUSH crisis triggered another, deeper question: What do you do when the words you’re saying don’t match your internal belief system? It’s not just the Kiddush – it’s all of Jewish prayer, with its supernatural implications, that no longer speak to me. Even the sing-along chants of Kabbalat Shabbat at Jerusalem’s Nava Tehila, that most non-judgmental of minyanim, are written in language that reflects an “immanent” conception of the divine that I used to find seductive but, as I hinted at in my most recent column, now seems archaic and out of touch.I’ve come up with three responses to this liturgical dissonance.One is simply not to say words I don’t relate to. Let Jody or a guest say the kiddush for everyone. Hum along when I go to shul. Meditate if I find myself at Ma’ariv (the evening prayer).A second response: change the words. I have a friend who’s written his own version of the kiddush in Hebrew and English. He sings it with great passion, yet while I admire his creativity and lack of self-consciousness, it’s always sounded strange to me.The response I’ve been mulling for some years now is to still say the traditional words but think something else. There is precedent for such an approach: “You yourselves saw that I spoke to you from the very heavens,” God says to the Israelites in the Book of Exodus, mixing two senses at once.How might this work? Here are a few examples from the Shabbat service.On Friday night, when we say the “Mi Kamocha” – who is like you among the heavenly powers? – just a single word reinterpreted makes all the difference. Not who is mighty, but what is mighty becomes an opportunity to reflect on power and its proper use in the world.In the next paragraph, the concluding line, ga’al Yisrael – a reminder of past (and a prayer for future) supernatural redemptions of the Jewish people – has always rubbed me the wrong way. Poet and liturgist Marcia Falk has a beautiful alternative rendering in her Book of Blessings, where we save the world through our own “positive actions that correct and undo human wrongs [specifically] from the forces of narrow self-interest that have led to wide-spread injustice, social and economic inequities, violence, waste of resources and destruction of the environment.”I sometimes pick out a line or two from within a longer section to focus my reinterpretation.At the end of Kabbalat Shabbat, in the psalm “Mizmor Shir L’yom Hashabbat,” there are two powerful phrases: 1) Tov l’hodot – it is good to thank the Lord – can be seen as a broader connection to thankfulness and the power of gratitude; we continue that theme at home with a Friday night “gratitude circle,” replacing the traditional “Eshet Hayil,” the Shabbat song of praise for a wife.2) Tzadik k’tamar yifrah, which refers to the righteous who will “flourish like a palm tree,” to me emphasizes the value of being grounded rather than having one’s head “up in the clouds” – a reminder that Jewish Law (however you connect to it) must be practical, not just theoretical.AS FOR the kiddush itself, which starts with a passage from the Book of Genesis, recounting how God created the world in six days, my best response has been to relate to it as pure poetry, a metaphoric lead-in to the humanistic value of unplugging from work once a week and spending time with family.There are some cases where I have experimented with changing words. For example, I replace baruch ata Adonai – blessed are thou, Lord – with nodeh b’ta’almot ha’haim, which can be translated as “let us acknowledge the mysteries of life,” a true statement no matter what you believe, as long as human knowledge remains necessarily limited. But I always say it to myself silently (washing before bread, for instance), never as part of a public blessing.But maybe I should say it out loud with the Kiddush, and at the same time encourage guests to say their own version if they wish. This would be both authentic and respectful. The author is a freelance writer who specializes in technology, startups and the entrepreneurs behind them. www.bluminteractivemedia.com.