What's really at risk with an open toilet bowl -study

A new laser technology is highlighting the particles that come up when you flush your toilet.

New laser technology was used to illuminate particles that are in the air when a toilet is flushed in a new study published on Thursday.

Technological advancement finally allows us to see what is ultimately invisible to us. Camera and laser experts worked together to identify a new technology that could use a laser to illuminate particles in the air that originated in the toilet.

According to the study by Colorado-based scientists, toilet particles can have quite the range of motion following a flush. If you've ever wondered why keeping a toilet seat down was a big deal, it's because particles, often feces-based, could reach up to 1.5 meters high when a toilet is flushed. "Flushing a toilet generates an energetic turbulent flow that releases droplets and aerosols into the air," the study said.

The particles in the toilet are not limited to E.Coli, SARS-CoV-2, influenza and norovirus. With the development of a laser that illuminates those particles, bathroom cleanliness and personal health can also reach new heights.

“If it's something you can't see, it's easy to pretend it doesn't exist. But once you see these videos, you're never going to think about a toilet flush the same way again,” said John Crimaldi, lead author of the study and professor of civil, environmental, and architectural engineering at the University of Colorado at Boulder. “By making dramatic visual images of this process, our study can play an important role in public health messaging.”

“People have known that toilets emit aerosols, but they haven't been able to see them,” the researcher stated to a university publication. “We show that this thing is a much more energetic and rapidly spreading plume than even the people who knew about this understood.” 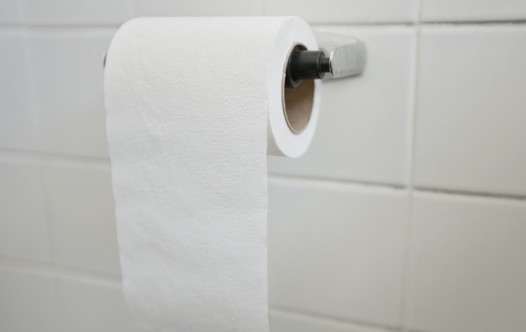 The toilet and laser combo resembled a general open bowl you'd expect to find in a public restroom. Upon experimentation, the laser showed particles shooting up well over six feet in a matter of seconds. “We had expected these aerosol particles would just sort of float up, but they came out like a rocket,” said Crimaldi.

This experiment was missing a couple of crucial key elements, which the study identified as likely to change some factors. There was no solid waste or toilet paper in the bowl in the experimental setup. There were no stalls or people moving around, either. "These real-life variables could all exacerbate the problem," Crimaldi stated.