The Syrian Civil War started back in the first quarter of 2011. Nationwide protests arose against the regime of President Bashar al-Assad. His forces retaliated by violently cracking down against those who protested. It soon turned into a military conflict with the formation of the Free Syrian Army. By 2013, Hezbollah had entered the fray in support of the Free Syrian Army. The conflict has been raging for over four years now and no end is in sight.
Read More
Less

The Caesar Act came into effect on Wednesday and has struck 39 individuals so far that are close to the Syrian regime.

House Republicans to introduce a bill to sanction Turkey

"These sanctions are not only a response to the Erdogan regime's violent attacks in northern Syria; Congress has long had concerns about the regime's cooperation with US adversaries, such as Russia."

Trump: U.S. has no troops in area of Syria under Turkish attack

“We defeated 100% of the ISIS Caliphate and no longer have any troops in the area under attack by Turkey, in Syria. We did our job perfectly!” Trump tweeted.

A tug-of-war is taking place, in which the government in Damascus may pay lip service to this committee but will never allow it real power, instead trying to pack it with its own representatives.

The Syrian government agreed to a ceasefire that started on Saturday morning "while reserving the right to respond to any violation by the terrorists," the state news agency SANA said.

The Syrian Network for Human Rights,(SNHR), said the 544 civilians killed in the hundreds of attacks carried out by Russian jets and the Syrian army include 130 children.

Air and ground strikes killed 12 people in several areas including the town of Maarat al-Numan, the Observatory said.

Erdogan may support the rebels in the Syria civil war, but still maintained low-level contact with their government. 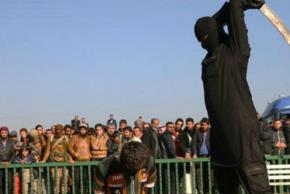 ISIS could regain control of Syria within a year, Pentagon reports

A US troop withdrawal could allow a nearly defeated ISIS to regain control of their lost territory in Syria, a draft report claims.