On a briefing call with reporters Wednesday about border policy, Miller also baselessly claimed that a Joe Biden administration would lead to a sharp increase in child smuggling. 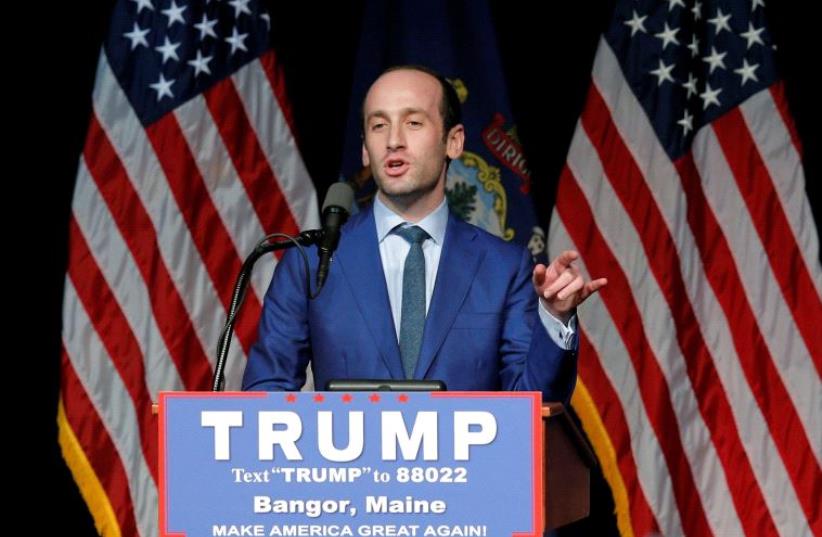 On a briefing call with reporters Wednesday about border policy, Miller also baselessly claimed that a Joe Biden administration would lead to a sharp increase in child smuggling, in an allegation that closely echoes the QAnon conspiracy theory that is shaping contemporary politics.

The false, anti-Semitic conspiracy theory claims a Democratic satanic cabal abuses children, harvests their blood and is plotting to take down Donald Trump. As social media platforms have banned QAnon content, its millions of followers have switched to more subtle messaging about opposing pedophilia, using hashtags such as #SaveTheChildren.

Miller said Biden “would incentivize child smuggling and child trafficking on an epic global scale,” a CNN reporter who was on the call reported on Twitter. Other news outlets, including the liberal Talking Points Memo and the right-wing Washington Times, reported the comments.

A recent poll by YouGov found that half of Trump supporters believe in QAnon’s core tenets, including that “top Democrats are involved in elite child sex-trafficking rings.” A handful of Republican candidates have endorsed the theory, and Trump has declined to condemn it, even as other Republican leaders have.

On Wednesday, Anti-Defamation League CEO Jonathan Greenblatt wrote an open letter to the leaders of the House of Representatives asking them to exclude QAnon followers from their party caucuses and to decline to seat them on House committees. While the letter was addressed to both parties, the theory is explicitly pro-Trump and no Democrats have been associated with it.

The ADL has also produced materials criticizing some of the immigration policies that Miller, who is Jewish, has devised and implemented while working in the Trump White House. Miller helped design the Trump administration’s most controversial immigration policies, including the decision to separate parents and children at the border. Miller falsely claimed on the call Wednesday that “this administration kept families together,” according to CNN. In fact, thousands of children and their parents were separated at the border, and the parents of 545 children cannot be found.

The Guardian reported Wednesday that Miller has drafted executive orders for Trump to issue if he wins a second term that would further reduce the number of people who are able to enter or remain in the United States. The orders include one that would slash refugee immigration to zero. The administration this week set a cap of 15,000 refugees for the United States in 2021, a record low that drew condemnation from Jewish advocacy groups that say admitting refugees is a moral burden.

Biden has promised to raise the cap on refugee admissions and on Thursday pledged to create a task force to reunite families that were separated at the border.