The Suez Crisis was a military success for the UK, France and Israel. Politically, it was Egypt's undisputed victory. 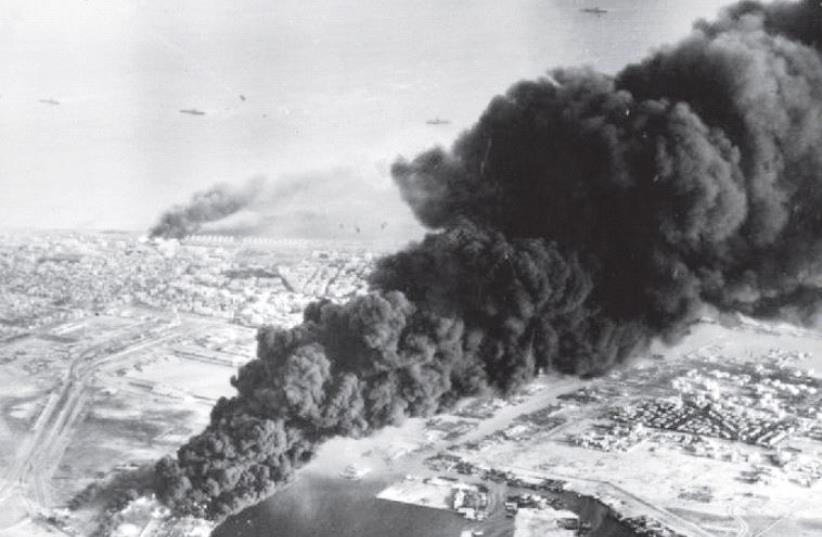 The period of October 29-November 7 marks the 65th anniversary of the 1956 Suez Crisis, a conflict between Egypt, the United Kingdom, Israel and France over the vital waterway that had significant geopolitical ramifications in the region and in the Western world.

The Suez Canal is one of the most vital shipping lanes in the world, connecting the Red Sea to the Mediterranean and bypassing the long trip around Africa.

Up until 1956, the canal was controlled by the Suez Canal Company, itself controlled mostly by the UK and France. However, this changed when Egyptian president Gamal Abdel Nasser nationalized it.

Tensions between Nasser-led Egypt and the UK were high, due to the UK having backed the monarchy overthrown by Nasser as well as close ties between Britain and Iraq, which Nasser believed threatened his ambitions to bring Egypt to the head of the Arab world.

Also at play were Cold War tensions, as Egypt was a non-aligned company, and attempted to maintain good ties with both the US and Soviet Union. Further at play was Egyptian support for Algerian rebels fighting against French colonial rule, as well as cross-border raids between Israel and Egypt.

AT THAT point a woman shouted from the balcony, “Kakh l’Natzer!”’ – “So too for Egyptian Prime Minister Gamal Abdel Nasser,” pictured being cheered in Cairo after announcing the Suez Canal Company, August 1, 1956). (credit: Wikimedia Commons)

But another contributing role was money, as the funds generated from traffic through the Suez Canal could be used by Nasser for other purposes.

Ultimately, Nasser went ahead with the nationalization in late July 1956, sending Egyptian troops to seize control of the canal, freezing assets of the Suez Canal Company and – most crucially – barring Israeli shipping through the canal, as well as through the Straits of Tiran.

What followed was a clandestine arrangement between the UK, France and Israel. Known as the Protocol of Sèvres, this agreement would see Israel invade the Sinai Desert and push towards the Suez Canal. The following day, the UK and France would send a demand that both Egypt and Israel withdraw and would send troops the following day on the pretext of restoring order in the region through Operation Revise.

The offensive began when paratroopers were dropped near the Mitla Pass east of the canal. Over the next few days, the offenses continued, and Israeli forces saw victory after victory.

On October 30, the British-French ultimatum was given, and the following day the British and French forces arrived.

Before long, the invasion proved to be a major success, and the area was successfully seized. As such, in terms of military conflict, it was overwhelmingly a victory for the Israeli-French-British forces.

Politically, however, it was an undisputed Egyptian victory.

International condemnation was strong following the invasion, and much of the international community was firmly on the side of Egypt. Both the US and USSR condemned the actions of Israel, France and the UK, with the Soviets even threatening rocket fire against the three countries and sending troops to Egypt, while the US put financial pressure on the UK. The Arab world had also reacted harshly, and Saudi Arabia placed an oil embargo on both France and the UK.

Ultimately, a ceasefire was announced and the British and French troops withdrew from the region. Israel also withdrew, but maintained success in the crisis. The campaign was a military success and showed the strength of the IDF, and it also led to the Straits of Tiran being opened. It also stressed the need to international mediators looking to bring peace to the Middle East that no resolution could come should Israeli security needs not be met.

The crisis also led to the creation of the UN Peacekeeping Force.

But overall, the crisis firmly cemented Egypt's control over the Suez Canal and its position as leader of the Arab world against Western colonialism.

Today, the geopolitical situation has shifted considerably, but the Suez Canal remains one of the most vital waterways in the world.