Ancient inscription from City of David may mention king Hezekiah

The tunnel once brought water from the spring outside the city as a safety measure against sieges or other dangerous situations.

A fragment of a stone inscription believed to mention the biblical King Hezekiah has been recently uncovered in the Hezekiah Tunnel underneath Jerusalem's City of David by archaeologist Eli Shukron and University of Haifa professor Gershon Galil, according to the Biblical Archeological Society.

The tunnel once brought water from the spring outside the city as a safety measure against sieges or other instances where venturing outside would be dangerous.

What does it say?

The limestone fragment dates back to the 8th century BCE and is thought to be part of a much larger monument. It contains six letters written in paleo-Hebrew script - two lines of three letters each.

The letters on the first line are qyh. It is impossible to know for sure exactly what word these letters were a part of, but there is a distinct possibility that the full word was once Hizqyhw, or Hizqiyahu - Hezekiah. 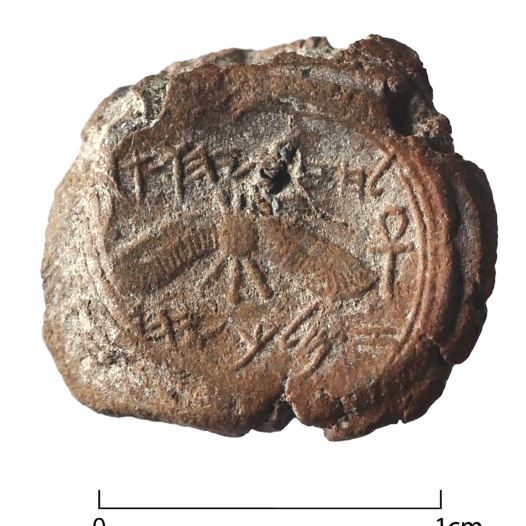 The seal impression of King Hezekiah unearthed during the Ophel excavations at the foot of the southern wall of the Temple Mount (credit: COURTESY OF DR. EILAT MAZAR AND OURIA TADMOR)

The second line has two letters, followed by a dot and then a third letter. This told scholars that the first two letters were the end of one word and the third letter was the beginning of another word. Some posited that the first word, which ended in kh was brkh or berecha - pool. This inference, though impossible to prove, is lent some credence due to the face that the freshwater flowing through Hezekiah's Tunnel lets out into the well-known Pool of Siloam.