Scientists now have the proof they need to definitively say that ancient humans and neanderthals may have shared recipes among their own.

When mankind was testing out fire for the first time, neanderthals and ancient humans were also mixing flavors and ingredients to build new recipes. Long before the start of the spice trade, an interest arose from earth's earliest settlers.

According to a recent archaeological study, which was published on Wednesday in the journal Cambridge Core, ancient humans had a more complex diet than previously thought. The cooks at this time managed to concoct recipes comprised of multiple ingredients, many that are simple and many complex.

Their cooks conceived and prepared multi-ingredient recipes that included a shockingly diverse mixture of plant types and flavorings. The study shows that these ancient humans were not afraid to get creative, especially after a long day of hunting and gathering for survival. The study also shows that these cooks invested time and resources to not only cook new dishes, but they used those same resources to ensure that they were developing in the earliest example of culinary arts.

How early humans prepared their food

There were many steps that were required to take out toxic parts of many plants gathered for eating. This provides early insight into how the earliest humans were able to decipher between food that was clean and dangerous. They even sifted through almonds and other nuts in an early example of how good and bad foods would be divided. 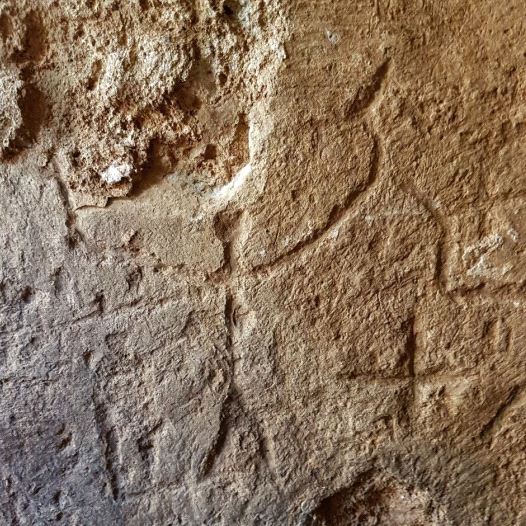 An ancient engraving of a human on the reservoir’s wall (credit: ASSAF PEREZ, COURTESY OF IAA)

"Paleolithic foragers developed processing technologies and associated food preparation practices that enabled their routine safe consumption," the study says. One example of early advancement in weeding out toxins was the soaking and pounding of seeds. Did these neanderthals and ancient humans set a precedent for food preparation that would follow them through the development of modern civilization?

“We found evidence of ‘mixtures’ of seeds included in food items and argue that there were some unique preferences for specific plant flavors,” an archaeobotanist from the University of Liverpool stated. “Because the Neanderthals had no pots, we presume that they soaked their seeds in a fold of an animal skin.”

Something even more groundbreaking in this discovery was that even thousands of years apart and on different continents, Neanderthals in Iraq 70,000 years ago and ancient humans in Greece in 10,000 BC had a unique overlap in sharing both recipes and food preparation techniques, despite coming from different eras and never crossing paths.

This archaeological discovery leads experts to believe that the Agricultural Revolution - between 6,000 and 10,000 years ago - also helped individuals find their role in society. If you were not a hunter or a gatherer, you still had the option of finding a crucial role in the agricultural space, because there was so much need.