ADL’s Greenblatt compares antisemitism on the left to climate change

Speaking at ADL’s annual “State of Hate” remarks, Greenblatt said that antisemitism must be confronted “even if it means taking on old friends and allies.” 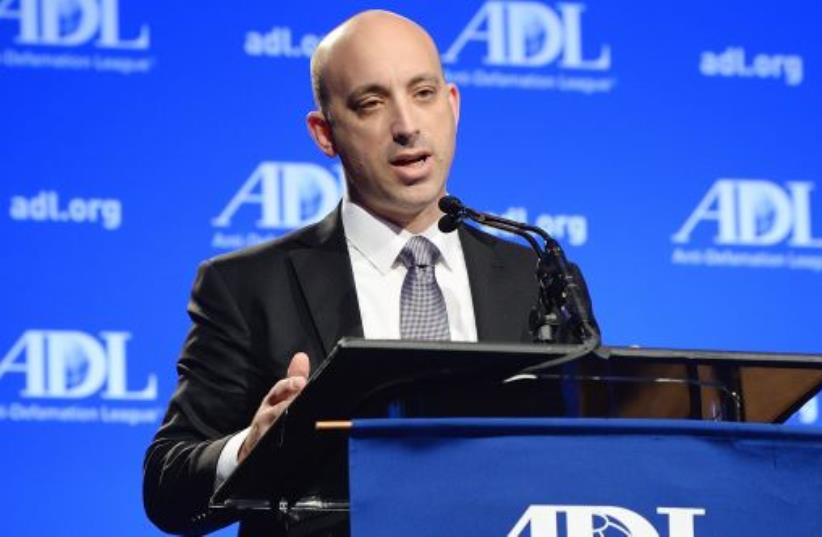 WASHINGTON – Unlike virtually every other issue in American life, antisemitism knows no partisan bounds, according to Jonathan Greenblatt, CEO of the Anti-Defamation League. “It must be fought aggressively whether it comes from the Right or the Left.

Speaking on Tuesday during the closing plenary of the Never is Now Summit on Antisemitism and Hate, Greenblatt said that antisemitism must be confronted “even if it means taking on old friends and allies.”

He said that ADL has identified more than 50 individuals involved with the January 6 attack “who have direct ties to right-wing extremist groups.”

“As we saw on January 6 and in Pittsburgh three years ago, and as our Center on Extremism tracks daily, these threats from the Right are the category-5 hurricanes bearing down on us, threatening to bring immediate violence and overwhelming harm,” he said. “In the face of this, we do need to both defend ourselves and work to combat it aggressively.

“At the same time, we also must contend with intensifying antisemitism on the Left, which could be compared to climate change,” Greenblatt continued. “Slowly but surely, the temperature is rising. Sure, there are occasional storms, but too often people choose to ignore the signs, and deny that there is a pattern, that anything is changing.”

Demonstrators take part in protests outside a meeting of the National Executive of Britain's Labour Party which will discuss the party's definition of antisemitism, in London, September 4, 2018 (credit: REUTERS/HENRY NICHOLLS)

But by all measures, he said, the metaphorical temperature is climbing, the conditions worsening and this situation threatens to upend life as we know it.

“What is taking hold is, at its worst, a belief that all Jews are oppressors – part of a white establishment that has exploited racial and ethnic minorities for generations,” Greenblatt said. “I’ve said it before and I’ll say it again: anti-Zionism is antisemitism. Denying the right of Jews – alone among the people of the world – to have a homeland is antisemitism. Singling out the Jewish state for condemnation while ignoring others is a contemptible expression of prejudice. And, unfortunately, these positions appear to be increasingly popular.”