On This Day: The Farhud pogrom begins against Iraq's Jews 81 years ago

The antisemitic pogrom followed the end of the Anglo-Iraqi War and many view it as the beginning of the end of Iraq's Jewish community. 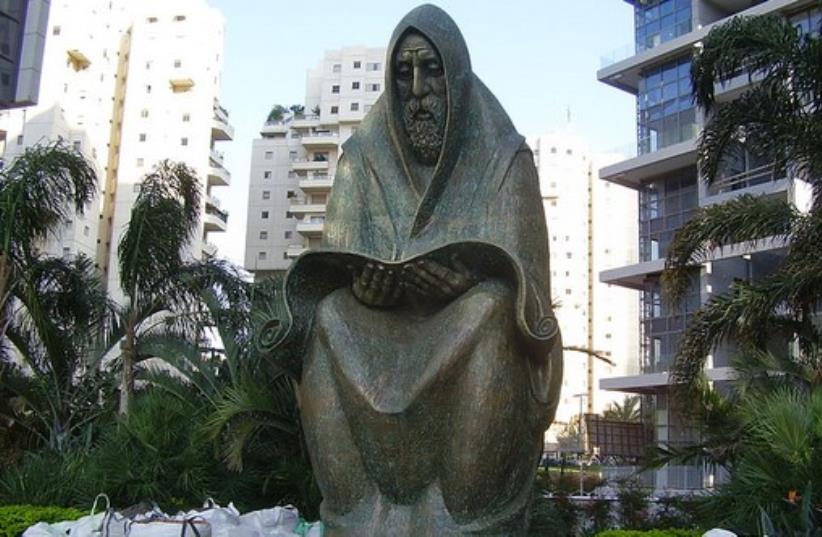 This Monument, ‘Prayer,’ in Ramat Gan, is in memory of the Jews who were killed in Iraq during the Farhud pogrom (1941) and in the 1960s.
(photo credit: Wikimedia Commons)
Advertisement

June 1, 2022, marks 81 years since the Farhud, a brutal antisemitic pogrom against the Iraqi Jewish community that saw over 180 Jews killed and the beginning of the end of Iraqi Jewry.

Jews have a long and very rich history in the land that is now the country of Iraq. Throughout the hundreds of years of Jewish presence in this land, there have been numerous instances of violence. However, the Farhud would stand out among all of them.

The incident should be seen through the lens of the time period.

In 1941, Iraq's prime minister, Rashid Ali al-Gaylani, allied with the Axis powers of Italy and Nazi Germany during World War II. This followed a coup where Gaylani overthrew the pro-British regent with pro-Nazi Iraqi support in what became known as the Golden Square coup.

The coup was widely supported and was seen as motivated by anti-British sentiments in the country. However, the involvement of the Nazis would also see antisemitic propaganda disseminated throughout Iraq.

Rashid Ali al-Gaylani and Haj Amin al-Husseini speaking at the anniversary of the 1941 coup in Iraq in front of black-white-green banners in Berlin. (credit: Wikimedia Commons)

This soon led to the Anglo-Iraqi War, a British-led World War II battle initiated by the Allied forces against Gaylani's regime that took place throughout the month of May.

Ultimately, this war was a victory for the Allies and Gaylani was overthrown.

However, the day after the war ended, the Farhud began.

What sparked the pogrom is a matter of debate between official Iraqi and British sources as well as witnesses and academics. However, ultimately, violence broke out against the Jewish community, with Iraqi civilians and law enforcement attacking Jews, Jewish-owned businesses and even a synagogue.

The violence lasted two days, over the course of the Jewish holiday of Shavuot, before British forces were able to restore order. However, the result was the deaths of several Jews.

Exactly how many Jews were killed is the subject of considerable debate, with most conservative estimates placing the number at around at least 180.

However, many sources say that it was much more, some even going as high as 1,000.

But ultimately, the true impact and legacy of the Farhud wasn't the immediate death toll, but the impact it had on Iraqi Jewry. Indeed, many saw it as the beginning of the end of the ancient Jewish community in the area.

Many Iraqi Jews still stayed in the country and tried to integrate, but within the decade, the government's views on the Jewish community soured considerably.

This especially worsened following the establishment of the State of Israel in 1948.

Within the next few years, well over 100,000 Iraqi Jews fled the country, fearing for their lives. Many of them would end up going to Israel as part of the wave of immigration of Jews fleeing Arab and Muslim countries during this period.

Today, the legacy of the Farhud lives on in International Farhud Day, first recognized by the United Nations in 2015.

A memorial in Ramat Gan, named The Prayer, also commemorates the many Jews who lost their lives during the horrific incident.