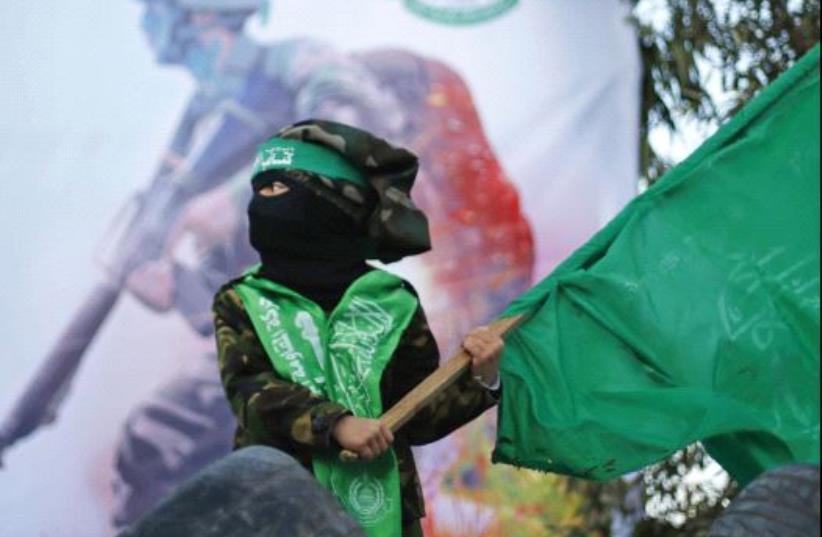 Palestinian Authority President Mahmoud Abbas’s political rivals in Hamas and Palestinian Islamic Jihad have come out in his defense following the uproar over his remarks in Germany, where he accused Israel of perpetrating “50 holocausts” against the Palestinians.

Putting it into context

The rare show of solidarity with Abbas by the four groups came as the PA and many Palestinians strongly condemned the “campaign of incitement” against him in response to his statements in Germany last week.

The groups also denounced the German police for launching a preliminary investigation against Abbas.

The PA leadership, meanwhile, is seeking to take advantage of the widespread criticism to muster support for their president.

A recent public opinion poll found that more than 70% of Palestinians want Abbas to step down. He has also faced criticism from many of them for failing to hold general elections and endorse major reforms in the authority.

On Friday, the PA and its ruling Fatah faction organized a hero’s welcome for Abbas upon his return to Ramallah, where several Palestinians praised him for “telling the truth about Israeli crimes” during his visit to Germany.

Germany's investigation – and the responses

Islamic Jihad senior official Khaled al-Batsh condemned the German police for launching a preliminary investigation into Abbas’s comments, which he described as “part of the Palestinian national narrative.”

“The position of the German police represents one of the aspects of double standards, hypocrisy and bias in favor of the occupation,” al-Batsh said in a statement. The move, he added, also constitutes “a denial of the suffering of the Palestinian people, who are paying the price of the results of World War II in the absence of international justice.”

"The position of the German police represents one of the aspects of double standards, hypocrisy and bias in favor of the occupation."

Commenting on the German Police probe against Abbas, Badran said that the international community has once again proved its bias in favor of Israel and its “denial of the historical rights of the Palestinian people and their suffering.” He added: “No matter how these forces try to distort the truth and ignore what has happened to the Palestinian people by applying double standards, they will not succeed in obliterating the Palestinian narrative.”

Deputy Secretary-General of the PFLP Jamil Mezher phoned Abbas on Saturday and told him that his group stands behind his “courageous positions, which express the stances of our people.” Mezher denounced the campaign of incitement against Abbas, saying it was harmful to the rights of the Palestinians and their historical narrative.”

Qais Abdel Karim, Deputy Secretary-General of the DFLP, also defended Abbas, saying that the campaign of incitement against the PA president “by the Zionists and their supporters has reached an unprecedented level of impudence.”

Abdel Karim said that Abbas told the truth when he said that he does not deny the Holocaust while stressing that “the crimes committed by Israel are no less horrific.” The Palestinians are all united in standing behind Abbas, the DFLP official added.

On Friday, PA presidential spokesperson Nabil Abu Rudaineh strongly condemned the “campaign of incitement” against Abbas, saying it was designed to undermine the justice of the Palestinian issue and Palestinian rights.

“This fierce campaign against the President is directed against the Palestinian national enterprise,” Abu Rudaineh said. “The world, which is accused of double standards, did not move and remained silent towards the brutal crimes committed by the Israeli occupation. Despite the clarification issued by President Abbas, this campaign is still continuing, which confirms its real goal, which is to eliminate Palestinian steadfastness.”

Deputy Fatah Chairman Mahmoud al-Aloul said on Saturday that Abbas was being targeted because of his “firm adherence to the issues and principles of our people despite the pressures exerted on him, especially with regard to the issue of salaries for the families of martyrs and prisoners.”