Rabbi Pinchas Goldschmidt is currently in Israel but is overseeing his community from afar. Israel's chief rabbis wrote to Russian Jewish authorities to keep it that way.

President of the Conference of European Rabbis Pinchas Goldschmidt talks during an interview with Reuters in Vienna, Austria, May 31, 2016.
(photo credit: REUTERS/HEINZ-PETER BADER)
Advertisement

The chief rabbis of Israel have written a letter to the rabbis of the Russian Jewish community asking them not to overrule Rabbi Pinchas Goldschmidt as chief rabbi of Moscow, despite his being in “exile” in Israel.

The Jerusalem Post obtained the letter and other letters of senior Israeli rabbis who have written on the matter.

“We have learned that under personal circumstances, Rabbi Goldschmidt was unable to stay in his congregation during these days, but the rabbinic court he headed continues to operate under his guidance and provides a proper response to those in need,” wrote rabbis David Lau and Yitzhak Yosef. “The current rabbis in Moscow are continuing to work among the members of the community. We ask that no change be made in the composition of the rabbinate and the tribunal without coordination with us, so that we can continue the connection of the Chief Rabbinate of Israel with the important Jewish community in the city of Moscow in particular, and in Russia in general.”

Why was the letter necessary?

The letter was sent after different forces in the Jewish community tried to vote on other rabbis as the chief rabbi instead of Goldschmidt because of his absence. Goldschmidt is in Israel taking care of his ill father, an Israeli citizen, and is concerned what might happen to him should he return to Moscow, as he does not support the war.

“For many years, the Chief Rabbinate of Israel has been working in full cooperation with the chief rabbi and head of the Moscow Rabbinic Court, Pinchas Goldschmidt,” the rabbis wrote. “The Chief Rabbinate of Israel is aware of his work among the Jewish communities, regards him as the chief rabbi of Moscow, and recognizes in the court he heads all issues concerning the clarification of Judaism, both divorce and conversion.” 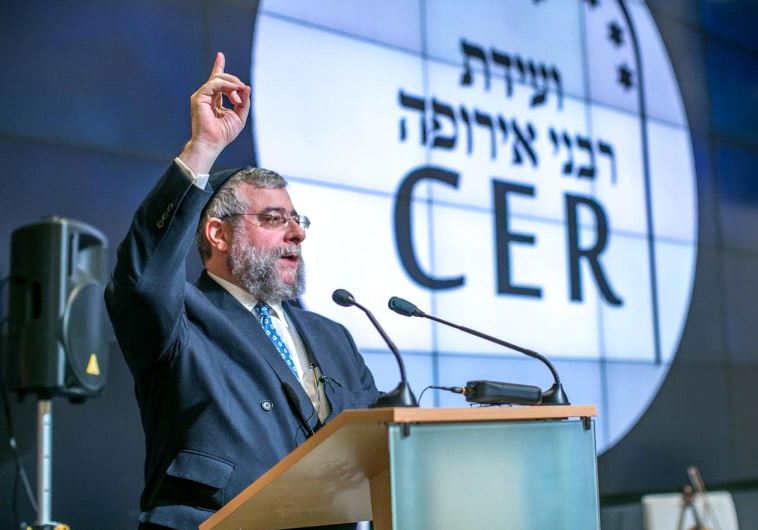 An additional letter was sent by Rabbi Gershon Edelstein, rosh yeshiva of the Ponevezh Yeshiva and the spiritual leader of the Degel HaTorah party.

“We have been witnessing a difficult reality when governments try to interfere in the tenure of rabbis,” Edelstein wrote to the Conference of European Rabbis, the umbrella organization of Orthodox European rabbis of which Goldschmidt is president. “Surely, the many forces of the rabbis of the communities must unite to stand on guard of rabbinical independence everywhere, because God forbid there will be any outside intervention.” Edelstein stated that “Rabbi Pinchas Goldschmidt has been standing on guard of rabbinical independence in his city and throughout Europe."

“I do not define myself as an exiled rabbi, I am a rabbi who is not living in his community,” Goldschmidt told Yediot Aharonot. “There is a whole public of exiled rabbis today. I’m sad about what’s going on. It’s a catastrophe for the communities.”

What the war has done to Russian and Ukrainian Jews

At the opening ceremony of the CER conference in Munich last week, Goldschmidt said that “we have to pray for peace and for the end of this terrible war; we have to pray that this war will end soon and not escalate into a nuclear conflict that can destroy humanity.”

That was the first time that Goldschmidt spoke publicly about the conflict. He was surrounded by German-funded bodyguards throughout the conference because of threats to his life.

A source close to Goldschmidt told the Post a few weeks ago that “Rabbi Goldschmidt didn’t leave Russia. On the contrary – we sent a letter to the community in order to clarify that he cannot be in Russia because of his father.”