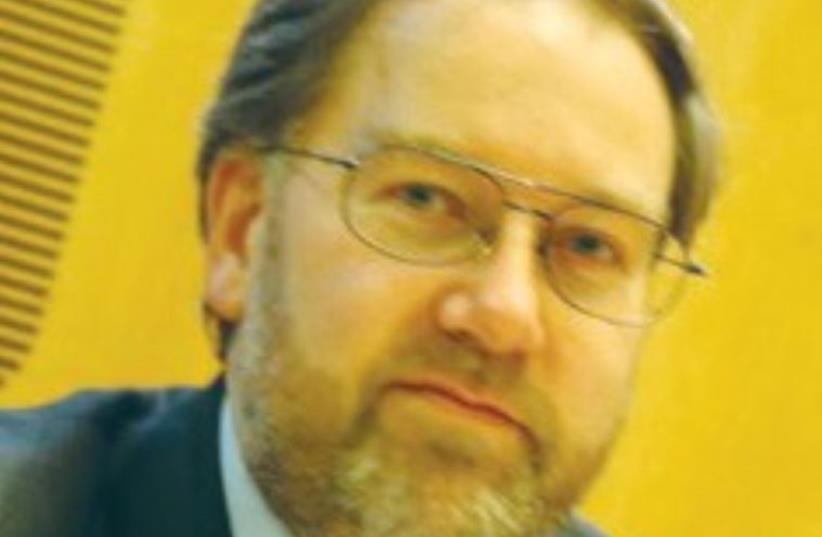 ROBIN GRIMES
(photo credit: GOV.UK)
Advertisement
Two efforts to deal with regional water shortages have been initiated by the British government in a “unique effort,” it was announced in Tel Aviv on Thursday.The two platforms for rare scientific cooperation among UK, Israeli and Middle Eastern peers have been initiated by the British government’s Science and Innovation Network, together with the British Council Israel and research organizations in the region.The UK’s national technology adviser, Liam Maxwell, said the new schemes provide a rare opportunity for Israelis and Palestinians to work with top British experts on ways to solve serious water shortage and quality issues.Prof. Robin Grimes, chief scientific adviser of the Foreign and Commonwealth Office, which oversees the program, said: “Today’s great scientific challenges take no heed of man-made borders. If we are to combat the challenges of today, we are going to need to do it together. In the Middle East and many other regions, there is great need for improved access and management of water.”The program related to trilateral water research has been dubbed STREAM (Science, Technology & Research Exchange Across the Middle East and North Africa). It includes 10 to 18 months of collaborative water research projects using experimental, natural and social science research for the benefit of some of the world’s most water-poor societies.Applications for STREAM open July 20 and close September 30.GROWTH (Graduate Research Opportunities in Water-Technology & Health) is a fellowship program for exceptional graduates of Palestinian universities to conduct their graduate studies at Israeli laboratories in the fields of water technology and health.Fellows will attend events and conferences in the UK to build strong connections with British researchers.Hebrew University of Jerusalem president Prof. Menahem Ben-Sasson said of the GROWTH fellowships: “As a leading academic and research institution, we are committed to advancing science for the benefit of all people. Through this new partnership with the British government, Palestinian graduate students are already contributing to world-leading research at the Hebrew University, and we are delighted to have them with us. This program not only advances science, but through it sends a message of hope and friendship, and of the importance of working together to find solutions that improve the health of our communities.”Lena Qawasmi, a GROWTH Fellow and graduate of al-Quds University in Jerusalem, said: “I’m so pleased to be working with British and Israeli scientists as part of the GROWTH Fellowships, along with my counterparts. This program provides access to knowledge, tools and skills, that we would otherwise not have had. I’m looking forward over the coming months to seeing the start of more partnerships like this.”The programs follow “unprecedented” UK-Israeli scientific cooperation, including the biggest bilateral science conference in April; the launch of a set of bilateral research programs; and over 20 scientific visits with hundreds of scientists going back and forth, supported by the UK-Israel Science Council.