The study also underlines the urgency of evacuating the petrochemical industry from the site. 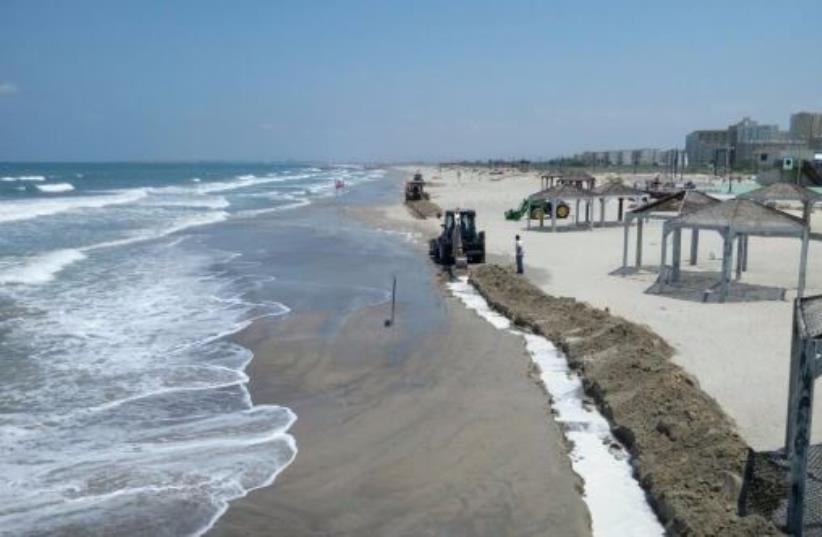 A new environmental study provides evidence that exposure to industrial air pollution in Haifa Bay at a young age was associated with cancer diagnoses from 1967 to 2012.

The research was supported and funded by the Environmental Protection Ministry and carried out by researchers from the Hebrew University of Jerusalem, the Hadassah Medical Organization, the Technion-Israel Institute of Technology in Haifa, the Israel Defense Forces Medical Corps and the National Center for Disease Control.

Researchers examined the years before the ministry’s national plan for Haifa Bay, the implementation of which resulted in a significant reduction in pollutant emissions at the site. The ministry said it continues to work to promote the government’s decision to evacuate the petrochemical industry from the bay.

Environmental Protection Minister Tamar Zandberg said the study “points to the urgent need to evacuate the petrochemical industry from Haifa Bay and provide the residents of the city and nearby towns northward with clean air, health and a better quality of life. The government’s decision to evacuate the factories that we reached this year is a step in the right direction, and its implementation must be accelerated to create an era of zero fossil fuel.”

The results of the research are published as part of a call for proposals by the ministry’s Office of the Chief Scientist. 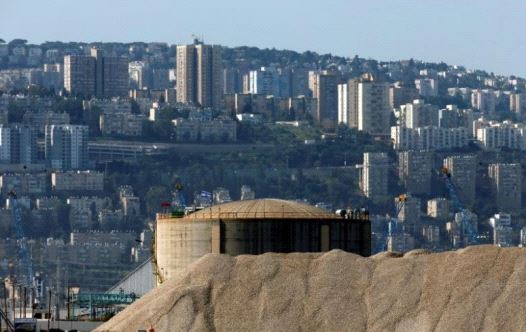 The study provides evidence that living in areas exposed to industrial air pollution in Haifa Bay was linked with cancer incidence from 1967 to 2012. It found that between these years, exposure to such pollution there was associated with a higher risk of contracting cancer of between 7% and 16% (after adjusting for gender, year of birth, type of settlement, country of origin, exposure to nitrogen oxides and cognitive score), depending on the extent of exposure to the industrial air pollution. This includes breast cancer in women, cancer of the brain and spinal cord, head and neck cancer, leukemia, melanoma and thyroid cancer.

The study also found that in the years examined, there was an excess morbidity of asthma and other allergic diseases in the Haifa Bay area compared to a control group of subjects outside the bay. However, unlike cancer, the study did not find that this excess allergic reaction was linked to exposure to industrial air pollution. But it does not rule out possible effects of such pollution in Haifa on asthma attacks in children or its effect on other health outcomes.

"The government's decision to evacuate the factories that we reached this year is a step in the right direction, and its implementation must be accelerated to create an era of zero fossil fuel.”

The age-standardized rate of cancer periodically reported by the Health Ministry for more than a decade may be related to exposure to air pollution from industrial sources, the research suggested.

This study provides additional scientific reinforcement for the need to move the petrochemical industry away from Haifa Bay residents. In March 2022, the government approved a decision to end petrochemical activity in the bay area within a decade and promote a plan to develop infrastructure and economic growth engines there.

Over the years, there has been a significant improvement of air quality in the area, including a 56% reduction in emissions of volatile organic pollutants that include carcinogenic substances. There was also a transition from mined coal to natural gas, which significantly lowered the amount of nitrogen oxides that harmed public health.

The study included a cancer follow-up of 41.7 million person-years. Over 45 years, 47,129 participants were diagnosed with cancer, with a gross incidence rate of 142.8 cases per 100,000 person-years in a non-exposed group living in the rest of the country compared to 171.5, 171.7 and 174.8 cases in the low-, medium- and high-exposure groups in Haifa Bay, respectively.