In July 2017, dangerous acidic wastewater leaked into Ashelim river as a result of the collapse of an industrial pool wall at the ICL-owned Rotem Ampert plant. 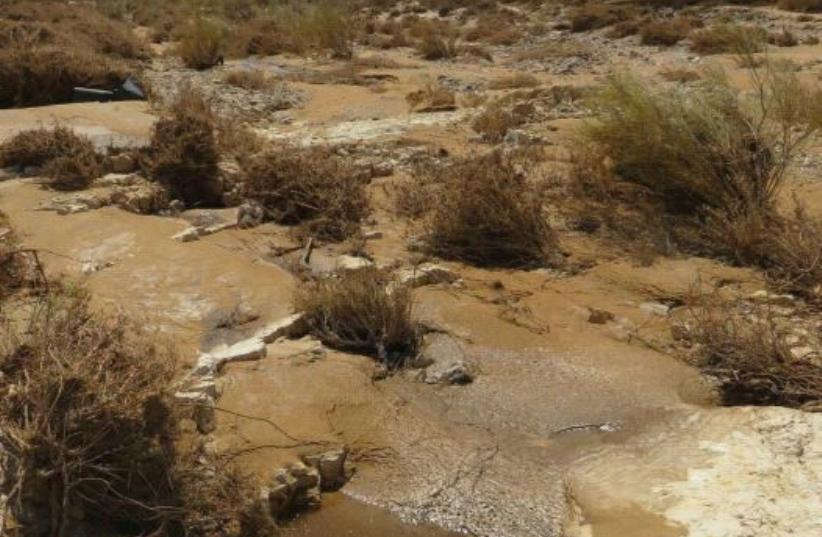 SOME OF the acidic sewage in Nahal Ashalim is seen over the weekend.
(photo credit: GEORGE NORKIN/INPA)
Advertisement

ICL Group reached a settlement on Thursday in the class action lawsuit filed against it for the Ashalim river disaster, the company will pay the public and the plaintiffs a total sum of NIS 115 million.

The announcement of the settlement was sent to the stock exchange and will include legal expenses and the restoration of the river and its surroundings.

In June 2020, the Environmental Protection Ministry and the Nature and Parks Authority announced that Nahal Ashlim was opened to visitors, three years after the acid leak from the Rotem Ampert plant.

The decision was made after completing an in-depth examination, during which experts examined the possible risk to visitors and employees of the Nature and Parks Authority. In this framework, multiple soil samples were taken along the stream, and the backwater was also sampled.

In July 2017, dangerous acidic wastewater leaked into Ashalim river, located in the Judea Desert Reserve. The leak occurred as a result of the collapse of an industrial pool wall at the plant in the Negev.

"There was a strong flood of this toxic substance, our main concern right now is that animals will drink it from the stream," said Assaf Tzuer, an ecologist of the southern district of the Nature and Parks Authority, at the time.

"There was a strong flood of this toxic substance, our main concern right now is that animals will drink it from the stream."

With the collapse of the pool, the toxic acids flowed in long stretches of the river. The pool contained an amount of approximately one hundred thousand cubic meters of acids that caused a strong flood and filled the banks that were usually used as drinking sources for animals.

Two hours after the outbreak of the flood, the plant was required to pour fresh water into the stream, in order to wash the river and lower the acidity level in it.

"This is a difficult and unfortunate incident in the history of Rotem, for which we have taken full responsibility and have come to an understanding regarding significant and appropriate compensation," Ilan Barkai, CEO of the Rotem Ampert plant said.

"As soon as the incident happened in 2017, the company acted quickly and unconditionally for the immediate rehabilitation of the area, over the years we did as much as we could to learn and draw lessons from the event. The settlement agreement is a responsible step first and foremost towards the public, other stakeholders and certainly for us as a company."