In her work, as in her life, Gerson likes to reflect on the richness of her Jewish and Mexican heritages. 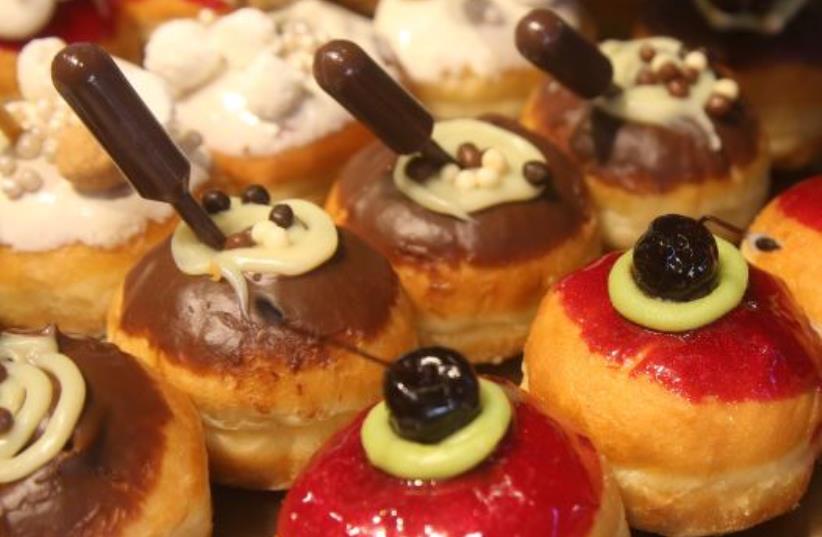 (New York Jewish Week via JTA) - Fany Gerson, 45, has always loved sweets. When Gerson was growing up in the Polanco section of Mexico City, her mother tried to rein in her sweet tooth. Gerson was permitted an occasional treat, but only if it was “made with care and love,” as she told the New York Jewish Week.

It’s a philosophy that Gerson has taken to heart — and to her super-successful, creative food businesses, the enormously popular New York-based mini-chain, Dough Doughnuts, which she launched in 2010. That same year, Gerson, who considers herself a cultural Jew, also opened La Newyorkina, a business specializing in all-natural handmade paletas (Mexican fruit or cream popsicles), ice cream and pastries.

More recently, after parting ways with her Dough partners in early in 2020, Gerson opened Fan-Fan Doughnuts with her business partner, Thierry Cabigeos, at the original Dough location in Brooklyn’s Bedford-Stuyvesant neighborhood. At Fan-Fan, Gerson reinvented her dough recipe and added Mexican touches as well as flavors from around the world, including Mexican Cinnamon Sugar, White Coffee and Mango Lassi doughnuts, as well as Guava Cheese “Fan-Fans,” Gerson’s take on rectangular, eclair-like filled doughnuts. Despite opening in October 2020 — mid-pandemic — lines formed out the door.

In her work, as in her life, Gerson likes to reflect on the richness of her Jewish and Mexican heritages. “I feel like through time I’ve explored it through food and I’m kind of bridging the two worlds,” she said.

Israelis are seen buying donuts ahead of Hanukkah at the Marzipan bakery near Mahane Yehuda in Jerusalem, wearing masks in accordance with coronavirus restrictions, on December 6, 2020. (credit: MARC ISRAEL SELLEM/THE JERUSALEM POST)

Gerson’s doughnut-creating journey, it turns out, may have a surprising Jewish inspiration: In her younger years, Gerson spent a year in Israel on an overseas student exchange program and worked on a kibbutz. One night, during Hanukkah, she was out dancing with friends at a club and they brought in large boxes of sufganiyot — the fried, round jelly doughnuts traditionally eaten on Hanukkah. Gerson recalled never having seen or tasted anything like them, and it was possibly her first inkling that doughnuts would become a special part of her life (as well as future Hanukkah celebrations).

The joyful memory of those boxes of sugary, fried spheres served on a carefree night in Israel, so many years ago, comes rushing back whenever Gerson makes sufganiyot — which she’s gearing up to do as Hanukkah starts this year on Sunday, Nov. 28. This year’s sufganiyot selection from Fan-Fan includes house-made strawberry jam rolled in lemon sugar; vanilla diplomat cream, which is vanilla pastry cream mixed with whipped cream, rolled in toasted sugar; and chocolate halvah in collaboration with Seed + Mill at Chelsea Market.

But that’s not all: Gerson is also collaborating with Jewish chef and author Jake Cohen, introducing a brand new sufganiyah that’s inspired by Hanukkah’s proximity to Thanksgiving: a doughnut filled with cranberry sumac jam and tangerine and rolled in salt and pepper. They are available from Friday, November 26 through Monday, December 6, the last day of Hanukkah.

Since Gerson always enjoyed working with her hands, her parents thought she was destined for art school. Instead, having discovered a love of cooking during a high school elective class, she lobbied for culinary school. After completing two years of cooking school in Mexico, her parents permitted her to enroll at the Culinary Institute of America, from which she graduated in 1998. This was followed by stints at well-known New York restaurants, including La Cote Basque, Rosa Mexicano and Eleven Madison Park.

When her friend and former boss, Cabigeos, suggested they open a doughnut shop, Gerson agreed to give it a try. Recognizing she was bringing “an immigrant’s point of view” to “the great American doughnut,” Gerson said she was careful to do it very mindfully. As she put it: “Here I do one thing, and I’ve got to do it right because people have a lot of nostalgia attached to it.”

More than a decade later, when the pair opened Fan-Fan, Gerson took things up a notch. For example, her reimagined dough is seasoned with a mild Mexican cinnamon tea, which adds a light, floral note to her pastries but no discernible flavor. On a recent visit, Toby Shebiro of Searingtown, New York, passed on Fan-Fan’s doughnuts and opted for a sticky bun — made from that very same dough — instead.

“It was outrageous,” she said. “It wasn’t gooey, the way many sticky buns can be. It was the perfect consistency, moist and flavorful, and not overly sweet.”

For Gerson, food was never monocultural. Her paternal grandparents, like other Jews with roots in the Ukraine, brought customary Ashkenazi dishes to their table. But it didn’t take long before these dishes got “tropicalized” with Mexican flavors, creating new traditions: gefilte fish with tomato was served warm and pan-fried, sour and spicy with guajillo pepper sauce; challah was made with apples and cinnamon; matzah ball soup featured avocado, cilantro and serrano pepper. She knew, too, that Mexican cooking had already been influenced by Spanish, Moorish, Mayan and Aztec cuisines.

Oftentimes, Gerson’s creations are inspired by the people she loves. She honored her husband, Daniel Ortiz de Montellano, with “the Mensch,” a Fan-Fan doughnut that contains hazelnut praline covered with Belgian dark chocolate ganache and topped with hazelnuts. (She first met Ortiz de Montellano, also a chef, in New York, only to learn that they had grown up eight blocks from each other in Mexico City. His mother, originally from New York, is descended from Hungarian Jews and moved to Mexico, where she met his father. )

Gerson seems to be more attuned to her own food memories than many of us. She said she has long missed her native Mexico — especially throughout the pandemic — but connects to it by working with the Mexican seasonings she’s always loved.

“That’s the thing about food, it’s not ephemeral,” she said. “How many memories are tied to food? A smell can take you back.”

Perhaps those memories remain so vivid because eating is so sensory, allowing Gerson, as well as Fan-Fan’s customers, to recapture some childhood joy. What’s more, Gerson points out that food preparation is the only art that utilizes all the senses, giving her the added benefit of reminiscing throughout the baking process.

Gerson deeply respects food traditions but is an innovator at heart. “Even something that becomes traditional is rooted somewhere else, so what I do is my own cultural blend,” she said.