Why do our stomachs 'flip over' when we're emotional?

You’re about to go into a stressful meeting and your stomach turns upside down. What actually happens in the body to connect mental sensations to physical ones, and can this be prevented?

Almost everyone has experienced this feeling. You have an important meeting or date and your stomach feels like it’s flipping over. You must have thought about the connection between an upset stomach and the excitement or thoughts you have. So here's the connection.

Our bodies have an autonomic nervous system, which is responsible for involuntary bodily actions. It’s divided into two complementary systems: one is parasympathetic and is activated in a routine or state of rest and the second is called sympathetic and is activated in states of stress. The latter takes care of our body in emergencies and is responsible for the mechanism called fight or flight which helps the body fight or escape from threat.

It’s a survival mechanism in humans and other mammals which activates a physical response to life-threatening situations.

What happens to the body when the system is activated?

Our senses detect a state of stress and respond accordingly:  pupils contract, hearing sharpens, breathing becomes faster, the heart beats faster and stronger, blood vessels constrict and pressure rises to pump more blood to the body and especially to the muscles.

Also, the adrenal gland secretes hormones (adrenaline, norepinephrine, cortisol). These are responsible for a more efficient and faster metabolism, breaking down sugar stores and making energy available to vital tissues. 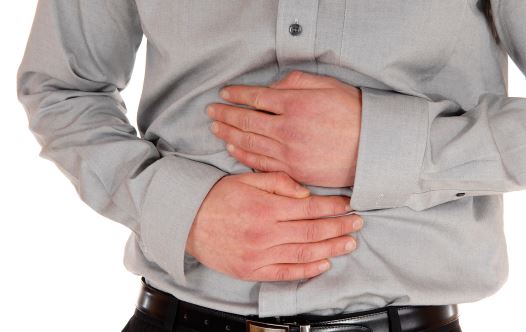 The body allocates important resources to the most vital organs, so the digestive system slows down as it can be temporarily unessential. We may suffer from nausea or abdominal pain.

When the body is stressed for a long or continuous time this can cause diarrhea, constipation or irritable bowel syndrome which is linked to stress.

All Israelis have experienced stressful situations including missile alerts, military situations and even someone creeping behind in the dark. Yet regular life can be stressful: exams, work or family tensions which can activate the sympathetic system.

Chronic activation can trigger physical changes which will affect us and is a factor in high blood pressure, anxiety and depression.

What happens when the system is activated chronically?

Secreted hormones stored in the blood over a long time can weaken bones and the immune system, activate sleep disorders and cause muscles to shrivel.

High blood pressure over a long period of time damages blood vessels which can lead to a stroke or heart attack.

Head and neck muscles contract when we’re under pressure which leads to headaches and migraines.

The menstrual cycle will change and menopause may be accelerated or paused.

How to avoid the long-term effects of stress

Ask your doctor for help. Take antihypertensive medications or lipids to lower risk factors. Dietitians should be consulted to regulate nutrition.

Do relaxation techniques, including breathing, yoga and work-outs. Talk with family and friends, or go for mental health advice.