Obesity can cause macular degeneration, blindness in the elderly

An Elderly Russian woman sits in the religious corner in the reception of the Diplomat Hotel in Jerusalem. The Diplomat Hotel was once a luxurious hotel. Nearly 20 years ago the hotel was turned into an absorption center and is today home to 600 immigrants from the former Soviet Union.
(photo credit: MIRIAM ALSTER/FLASH90)
Advertisement

Now, a Canadian study published in the prestigious journal Science and entitled “Past history of obesity triggers persistent epigenetic changes in innate immunity and exacerbates neuroinflammation” has revealed a new molecular mechanism in which obesity is involved in the disease.

The research at Hôpital Maisonneuve-Rosement in Montreal showed how life stressors such as obesity reprogram immune system cells and make them destructive to the eye as it ages. “We wanted to know why some people with a genetic predisposition develop AMD while others are spared,” said Université de Montréal ophthalmology Prof.  Przemyslaw Sapieha, who led the study by his postdoctoral fellow Dr. Masayuki Hata. Even a past period of obesity – followed by weight loss and normalization of metabolism – caused by a high-fat diet in mice produces persistent changes in innate immunity.

“Although considerable effort has been invested in understanding the genes responsible for AMD, variations and mutations in susceptibility genes only increase the risk of developing the disease, but do not cause it,” Sapieha explained. “This observation suggests that we must gain a better understanding of how other factors such as environment and lifestyle contribute to disease development.”

AMD, which affected about 196 million people in 2020, comes in two forms: Dry AMD, characterized by the accumulation of fatty deposits at the back of the eye and the death of nerve cells in the eye; and wet AMD, which is characterized by diseased blood vessels that develop in the most sensitive part of the sight-generating tissue, called the macula. 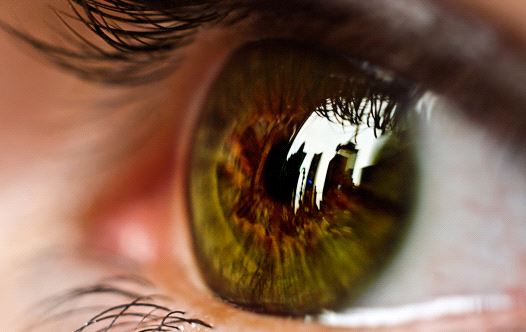 It is already known that the immune system in the eye of a person with AMD becomes dysregulated and aggressive. Normally, immune cells keep the eye healthy, but contact with pathogens such as bacteria and viruses can make them go awry.

At the same time, immune cells are also activated when the body is exposed to stressors; smoking is the number-one non-genetic risk factor, followed by excess fat in obesity.

In their study, Sapieha and Hata used obesity as a model to accelerate and exaggerate the stressors experienced by the body throughout life. They found that transient obesity or a history of obesity leads to persistent changes in the DNA architecture within immune cells, making them more susceptible to producing inflammatory molecules.

“Our findings provide important information about the biology of the immune cells that cause AMD and will allow for the development of more tailored treatments in the future,” said Hata, now an ophthalmology professor at Kyoto University in Japan.

The researchers hope their discovery will lead other scientists to broaden their interest beyond obesity-related diseases to other diseases characterized by increased neuroinflammation including Alzheimer's disease and multiple sclerosis.