They found that the protein IZUMO1 is critical for the binding of sex cells, and also plays an essential role in fusing the cells to allow the exchange of genetic material. 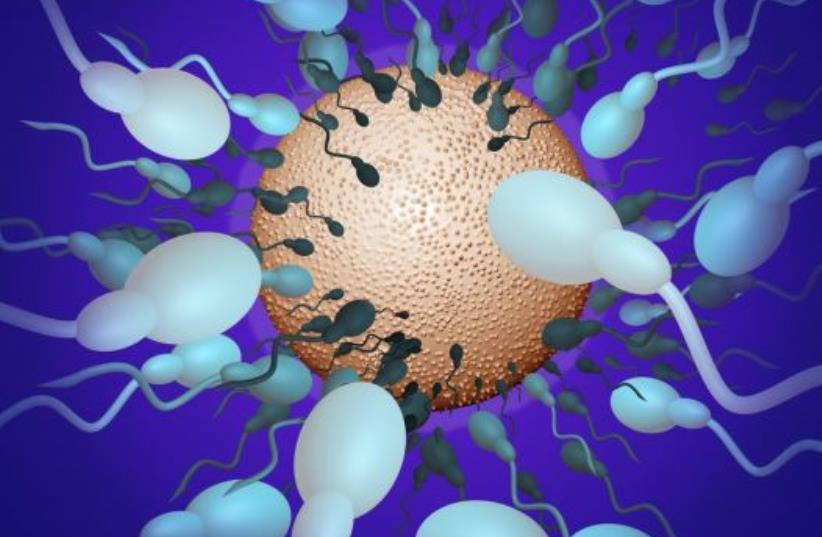 A significant new function of the mammalian sperm protein IZUMO1 – which may ultimately lead to more targeted diagnoses and treatment of human fertility problems and promote the development of more sophisticated forms of contraception – has been discovered by researchers at Haifa’s Technion-Israel Institute of Technology and two Japanese universities.

They found that the protein IZUMO1, which was discovered in 2005 by Naokazu Inoue of Fukushima Medical University and collaborators, is critical for the binding of sex cells and also plays an essential role in fusing the cells to allow the exchange of genetic material and, ultimately, the creation of the zygote – a fertilized egg cell that results from the union of an ovum with sperm.

Researchers at the Technion, in collaboration with others at Nagoya and Tokyo universities, have just published their findings in The Journal of Cell Biology under the title “A novel function for the sperm adhesion protein IZUMO1 in cell-cell fusion.”

The study on mice was led by Technion biology researchers Prof. Benjamin Podbilewicz and postdoctoral fellow Dr. Nicolas Brukman, along with Prof. Tetsuya Higashiyama and Dr. Kohdai Nakajima from the Japanese universities.

This is how the protein was discovered

In 2017, Podbilewicz’s lab discovered the fusogenic function (in which proteins mediate the fusion of membranes) of a different protein responsible for the combination of sperm and egg cells in plants.

During mammalian fertilization, the plasma membranes of the sex cells attach via an interaction between the sperm protein IZUMO1 and the egg protein JUNO. Once this binding has taken place, IZUMO1 works unilaterally as a fusogen to allow the exchange and combination of the sperm’s and egg’s respective DNAs into a single nucleus. IZUMO1 is the first such protein to be designated as a fusogen in mammalian reproduction. The present study was conducted in the lab, using sperm and eggs from mice and kidney cells in culture.

Interestingly, the two functions of IZUMO1 – in binding and fusing – operate in a compartmentalized fashion in different regions of the protein, so that each function may potentially be isolated to address specific fertilization problems related to either realm, opening the door to more tailored and personalized fertility treatments and diagnosis.

IZUMO1’s newfound property as a fusogen may also open the door to new approaches to next-generation male oral contraceptives that temporarily disrupt the sperm protein’s binding and/or fusing abilities. This new function of IZUMO1 makes it even more suited to its name, which is taken from one of the most sacred shrines in Japan, dedicated to marriage.