LLD will plead guilty and be convicted of smuggling and money laundering. The company is owned by Lev Leviev. 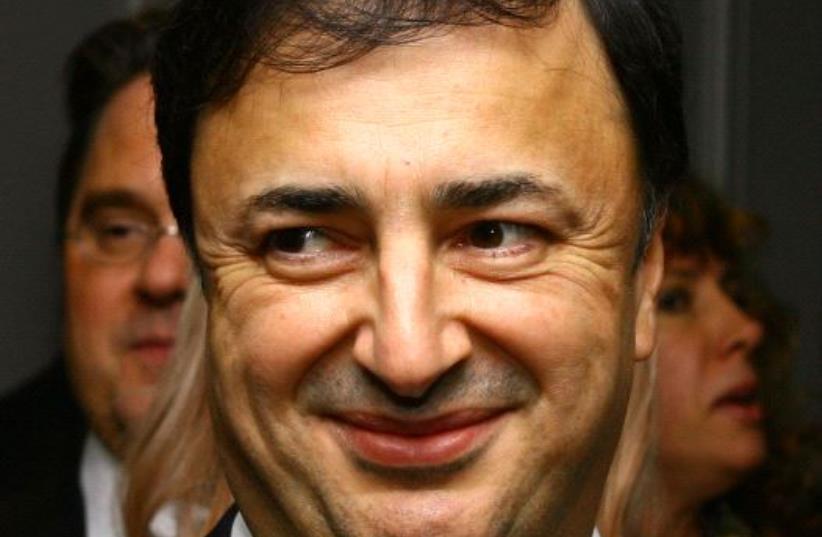 Four years after the revelation of the "Black Diamond" affair, which dealt with the suspicion of large-scale smuggling of diamonds to Israel coupled with money laundering, the Taxation and Economic Attorney's Office filed an indictment on Sunday against Reuven Shmalov, CEO of LLD Diamonds owned by the businessman Lev Leviev.

The indictment was filed as part of a plea agreement signed between the parties last month. According to the settlement, Leviev's company LLD will plead guilty and be convicted of smuggling and money laundering, and will be fined NIS 25 million.

Shmalov will also confess and be convicted of smuggling and money laundering and will be sentenced to a year-and-a-half in prison and a fine and forfeiture of NIS 280,000.

The case was investigated by Lahav 433's financial investigations unit together with the Tax Authority and is being handled by lawyer Orna Galbstein from the Taxation and Economic Prosecution Office.

Two state witnesses, whose identities are classified, were recruited in the case. Leviev was questioned by the police last month, at which time a statement on his behalf said that he was not involved at any stage in smuggling the diamonds. The case against Leviev was closed, and the plea agreement does not include him.

"After a long and thorough investigation, during which the business conduct of Mr. Leviev has been examined, it was found to have no flaws, and his family has been cleared of all suspicions," Leviev's attorneys said in response to this indictment. "Mr. Leviev is now asking to dedicate himself to bringing peace to his family and businesses. LLD will honor and full its part in the plea agreement."

"After a long and thorough investigation, during which the business conduct of Mr. Leviev has been examined, it was found to have no flaws, and his family has been cleared of all suspicions,"

How did LLD smuggle diamonds into Israel?

In the period between March 2008 and 2012, Shmalov allegedly worked to smuggle diamonds into Israel for the LLD company through various smugglers.

The smuggling mechanism, according to the indictment, was carried out so that the smugglers received rough diamonds abroad and smuggled them into Israel by hiding them on their bodies, without declaring them at customs, and without Kimberley certificates - indicating that the origin of the diamond is not in conflict zones in Africa.

After that, brokers delivered the smuggled diamonds to a broker-operator or at the offices of the LLD company.

According to the indictment, the value of the smuggled diamonds was more than 70 million dollars (more than NIS 243 million).