The video of Avera Mengistu, if confirmed to be real and recent, would be the first indication in recent years that he is still alive.

The parents of Avera Mengistu join family and friends in a protest near the Prime Minister's Office in Jerusalem, June 2016.
(photo credit: YONATAN SINDEL/FLASH90)
Advertisement

A prisoner swap such as the one conducted to secure the release of Gilad Schalit is "too high of a risk" to go through again for the two Israeli citizens, and the bodies of two soldiers, currently being held in Gaza, Opposition leader Yair Lapid said on Tuesday morning.

Speaking to Kan Reshet Bet, the former prime minister discussed the video released by Hamas on Monday of captured Israeli citizen Avera Mengistu, and potential negotiations for his release, along with that of Hisham al-Sayed and the bodies of Hadar Goldin and Oron Shaul.

"We made efforts [for their release] like all Israeli governments have done," said Lapid. "But everyone gets stuck in the same loop where you are not willing to endanger security."

Referring to the prisoner exchange for Gilad Schalit, in which 1,027 Palestinian prisoners were released by Israel in exchange for the return of the soldier, who was held for a total of five years, Lapid said that while the deal had been "very popular" at the time, "everyone understands today that too high a security risk was taken."

In the years following the Schalit deal, a number of terrorists released as part of the exchange have been involved in subsequent terror attacks, including the kidnap and murder of three Israeli teens in 2014.

GERSHON BASKIN believes his greatest accomplishment is aiding in the talks that led to the release of captured IDF soldier Gilad Schalit (center), seen here shortly after his release from Gaza in October 2011 (credit: AVI OHAYON - GPO)

"It's not impossible to negotiate a deal, but it's easier to sit on the side and blame the government," Lapid concluded. "Security considerations must be taken into account.

A question of legitimacy

The authenticity of the footage of Israeli citizen Avera Mengistu released by Hamas on Monday is thought to be reasonably reliable, although the possibility that it is not actually Mengistu in the video cannot be ruled out, IDF Spokesperson Brig.-Gen. Ran Kochav told 103 FM on Tuesday morning.

"The level of reliability of the video has been examined by the security establishment over the last few hours," he said, before adding that the IDF "will not conduct talks on the matter of the captured and missing citizens in the media."

"I will not refer specifically to the reliability and authenticity of the video," he adds. "We have an estimate, and, let's put it this way, we estimate that the level of reliability is reasonable."

According to Kochav, "the Hamas movement makes a cynical, inappropriate use - one that is, in my opinion, also illegal, immoral and inhumane - of the fact that it holds captured Israeli citizens, illegally and contrary to international law."

This, he says, indicates more than anything else that the values of the terror group that rules the Gaza Strip are truly perverse.

Is the person in the video really Mengistu?

Answering the question of whether or not it can be assumed that Mengistu is indeed the man in the video, Kochav says that he "really hopes that it's him and that he's in a physically and mentally healthy state."

However, "he's been in Hamas's hands for over eight years. His family really wants it to be him but are having trouble identifying him in the video."

As a result of this, Kochav explains, it's impossible to say for sure whether or not it is indeed him.

"the Hamas movement makes a cynical, inappropriate use - one that is, in my opinion, also illegal, immoral and inhumane - of the fact that it holds captured Israeli citizens, illegaly and contrary to international law."

Should the man in the video indeed be Mengistu, a second question arises, of when the footage was filmed.

Unlike a video released by Hamas in 2009 with proof that Schalit was alive in which the soldier held a dated newspaper, there was no indication as to when the footage of Mengistu was shot.

However, speaking to Radio Al Shams on Tuesday morning, Hamas spokesman Hazem Kazem stated that the video is authentic and the footage was obtained in recent weeks.

No proof of life until recent years

Also speaking with 103 FM on Tuesday morning about the footage of the man Hamas alleges is Mengistu was Maariv reporter and military commentator Tal Lev Ram.

"Until a year or two ago, the security establishment did not know whether or not he was alive," Lev Ram tells the radio presenters.

"I have to say honestly, there has been no progress or rapprochement in recent years, with all due respect to those who are trying to leverage some kind of achievement, we have never been close to that," he continued.

"Over the years there have been attempts to suggest that 'first we make a deal with the two Israeli citizens, and after that we will touch on the issue of the soldiers. Maybe the citizens can be returned at a lower price.'" 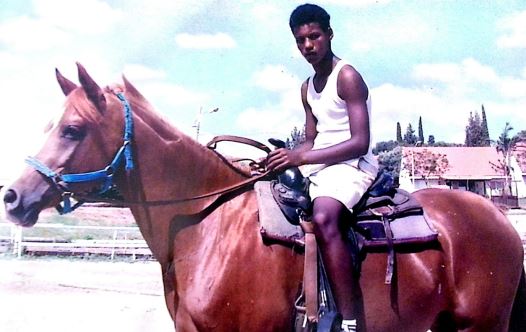 But this method of negotiation "lacked maturity, both on the Israeli side and on Hamas's part," says Lev Ram. "And imagine what kind of debate it would have provoked here [inside of Israel] as well."

On the question of if this video indicates proof of life for Mengistu, Ram says that undoubtedly the footage, if real, is an important development.

If footage is real, it provides new answers

"There were years when [the security establishment] were busy with the issue of his life, it was a question mark. I am not sure that, even in recent years, there was an absolute certainty that he is alive. There was the footage [from his capture] and the initial information that he was in the hands of Hamas, but after that, there were questions and doubts, and all kinds of possibilities came up.

"From whether something had maybe happened to him during his time in captivity, when, directly following his capture, the same Hamas members who took him arrived with a truck and then left, creating questions about where he was being held - in short, it was unclear if he was alive."

Concluding his explanation, the military correspondent said that "the bottom line is, if it is indeed him, it is indeed new information that we did not previously know. And in all these years, there has been no real progress on the subject of the captive and missing citizens. Remember, [Mengistu] has been there for more years than Gilad Schalit was."