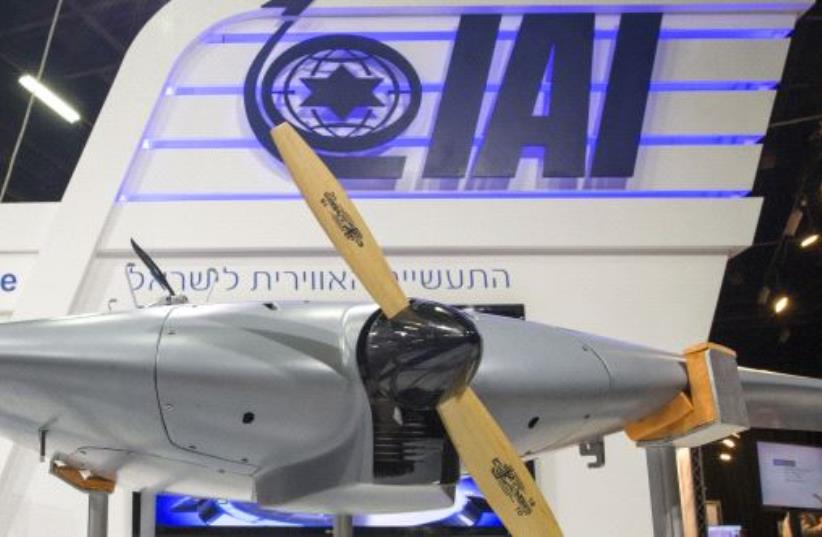 Intelligence Minister Elazar Stern on Tuesday questioned where Israel’s global weapons sales will lead in the future in the context of a broad range of long-term security and resilience challenges.

Speaking at an Intelligence Ministry-sponsored conference involving representatives of all of Israel’s intelligence institutions as well as a wide array of relevant government ministries, Stern put out the question as an example of how the state must think many steps ahead toward the year 2050, and not just one step at a time.

Stern said, “The Intelligence ministry creates the knowledge-based infrastructure for long-term planning to cope with the challenges facing the State of Israel, both known and hidden. These can include: supply chain issues, food security, water security, key scarce materials, energy security, trends in the development of technology and advanced weapons systems and trends in the medical arena – all to strengthen our national resilience.”

Although the conference was the 15th held every few months in recent years, it was the first which was open to a small number of media outlets, including The Jerusalem Post.

The conference in and of itself was remarkable in that the Post witnessed attendees from the Mossad, Shin Bet (Israel Security Agency), IDF intelligence, police, National Security Council, Defense Ministry, Foreign Ministry, and a variety of other ministries.

The forum was designed to facilitate both representatives of the many organs of the defense establishment as well as other ministries that are part of the country’s national resilience, to meet and debate how to improve Israel’s long-term strategy.

Although some of these officials do meet from time to time, it is usually under heavy stress and only to put out fires from an immediate crisis.

Rarely do they meet in a relaxed setting to think together strategically about long-term issues, such as how stable and independent Israel’s supply chain is for food, technology, infrastructure and in the digital sphere.

Another highlight of the conference was information sharing and synergy.

“There is a cultural issue that within our organizations, there are people who keep information to themselves, and sometimes there is nothing to do about it. Knowledge is power, so people will say let’s keep it to ourselves,” said Stern.

But the idea that “information is power is much bigger than you realize. If we share it, we are public servants, so we are not the issue. This information is much more important than we are and the sharing of information in and of itself,” is crucial to synergy and progress within the intelligence community.

He continued, “Sharing of information and outlooks does not merely help each ministry in their own office to do better work, but also with a certain kind of thinking for each person and organization in a way which can impact others.

“If you ascend to a high point, you can tell me what the full picture looks like... and we can look at what other organizations and offices are doing” with their diverse sources “to help forums like this to benefit from synergies... what happens around the table [of different organizations exchanging information and views] can become part of the way we think within our groups,” he said.

The conference covered a much broader range of issues, including dealing with the long-term national security impact of environmental issues, the layout of residential areas and avoiding potential water and medical shortages.

One can look at how much the country’s vehicles run on gasoline versus electricity as an issue for the market to work out, or one can approach it as an issue with long-term national security implications in which the state should try to channel momentum in certain directions.

He expressed hope that Israel would be less overwhelmed by surprises, based on the positive ideas and synergies that would emerge from the forum.