The roots of the project track back to 2009, when the Wakf began unlawfully excavating the Solomon’s Stables area to construct the underground Marwani Mosque. 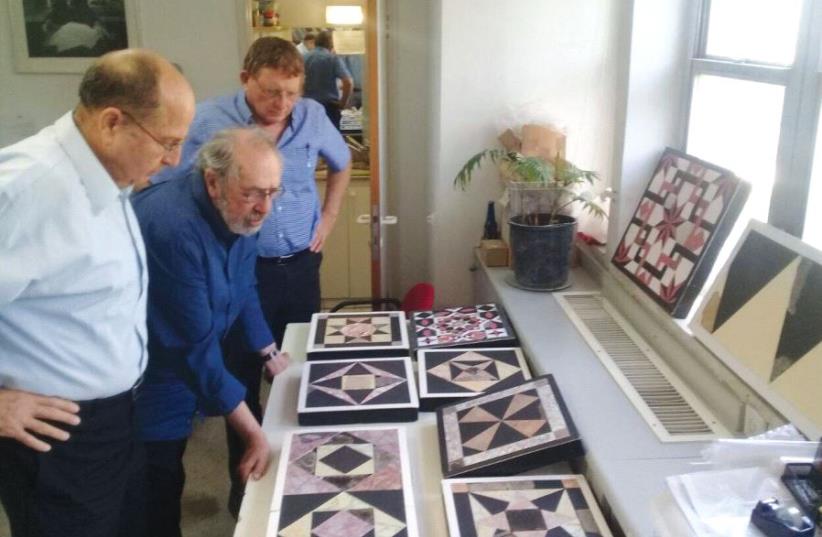 Archeologist Dr. Gabriel Barkay (center) inspects Second Temple-era ‘opus sectile’ floor tiles from the Temple Mount, in the presence of Moshe Ya’alon (right)
(photo credit: FACEBOOK)
Advertisement
Have you ever seen the movie Rashomon? This classic 1950 Japanese film by director Akira Kurosawa explores the extent to which a single event can be remembered and described in several almost completely different ways by different people.As the film begins, a woodcutter and a Shinto priest find themselves thrown together one dark day, huddling by the gates of a city, trying to stay dry during a heavy afternoon rainstorm. They are soon joined by a common wayfarer, to whom each man describes a lurid event they both saw earlier.