The aesthetics of anti-Israel rallies in the UK, Germany, the US and Canada have become increasingly fascist, thuggish and hate-filled. 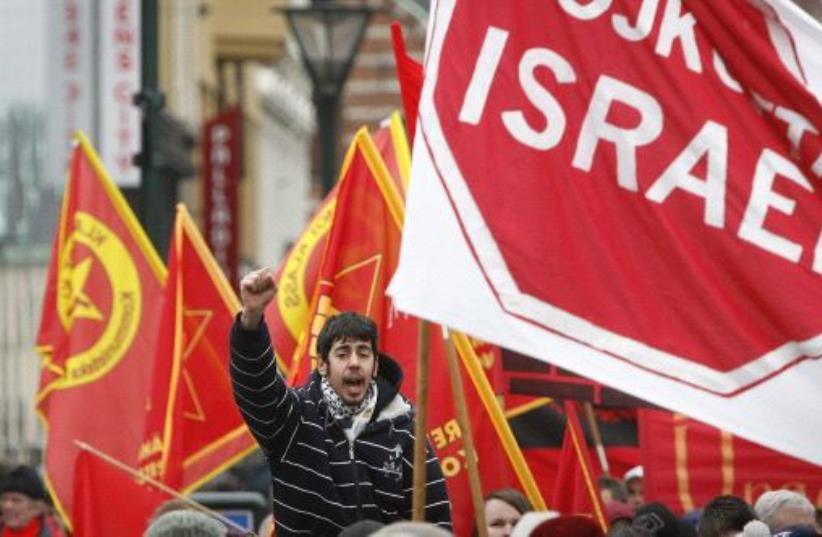 A series of pro-Palestinian rallies have taken place in recent weeks in the US, UK and other Western countries that increasingly appear to include fewer members of the Left. Instead, the broad spectrum of anti-Israel activists has been replaced mostly by men who chant nationalist and religious slogans.

The aesthetics of these rallies have become increasingly fascist, thuggish and hate-filled. This phenomenon is not entirely new, but rather part of a multi-decade trend. It has built on an incident last year in London in which a pro-Palestinian “convoy” of vehicles shouted abuse at Jews and threatened to rape Jewish women.

Calls to rape women and massacre or expel Jews are typical of historic Nazism and fascism. The rallies in places like the United Kingdom, Germany, the US and Canada increasingly illustrate how the scenes of Nazi or KKK rallies of old, with men holding their arms in fascist salutes, is now becoming part of the pro-Palestinian motif.

Unchallenged, these groups of men, sometimes in vehicular convoys waving flags and targeting Jews, might grow to be increasingly violent.

Analysis of videos of recent protests reveals how this new trend in chauvinism, nationalism, religious and ethnic hate and fascist ideology has grown.

One video posted by the NGO StopAntisemitism shows a small convoy of vehicles waving Palestinian flags and targeting a Jewish fraternity at Rutgers. The cars appear to have only young men in them.

A video of another protest in Toronto included what also seems like a mostly male protest section that reportedly cheered rockets being fired at Israel and praised God for the attacks. Activists there wore shirts supporting “Intifada.” The usual calls by the aggressive protesters included claims that they will fight for every “inch” of historical Palestine.

These kinds of rallies have abandoned all pretense of “peace” and “two states.” Instead, the narrative today is “from the river to the sea.” These protests are, in essence, increasingly revanchist, irredentist gatherings that demonstrate no interest in peace, but only extremist rhetoric and chauvinistic anger.

Other reports have claimed that at a recent rally in Germany, the activists referred to “dirty Jews.” The protesters in Germany not only verbally attacked Jews, but also included large numbers of people with fists raised, resurrecting memories of the fascist salutes of the 1930s.

Many extremist groups in the Middle East have borrowed heavily from fascism in their salutes over the years. Although these rallies claim to be against “apartheid” and “settler colonialism,” the overall vibe is one that wants to see Israel, a country, destroyed. The use of the term “settler colonialism” to refer to all of Israel is in itself a term that seeks the destruction of a country.

Similarly, videos posted online of hate protests in the UK and elsewhere included mostly men, some covering their faces.

Calls for a “global intifada” and other aggressive militarist speeches and terminology have been central to many of the visible protests in the West during the last week.

This conjures up the memories of last year’s protests in the US when Jews were verbally assaulted. In another incident in December, Jews celebrating Hanukkah in London were attacked and spat at. These kinds of attacks on Jews are becoming more common in the West.

Under the guise of supporting Palestinians, the overall trend is now one of male aggression, support for militarism, and chauvinism wrapped in nationalist, far-right, religious extremist rhetoric. While support for Palestinians was once supposedly a left-wing cause supporting “human rights,” “two states” and “peace,” the trend now is the apparent abandonment of any such peaceful pretenses.

Speakers often attack “Jews,” even forgetting the talking point of bashing “Zionists” or “Israel,” the terms they used to use in place of openly hating and blaming Jews.