Iran's Tasnim new criticized Al Jazeera's translation of quotes about the Iran Deal, saying that that they were inaccurate.

Over the weekend, Al Jazeera, which is based in Qatar, reported that the Iranian leadership was ready for some kind of compromise on the “Iranian nuclear file.” However, Iran’s Foreign Ministry then accused the news outlet of mistranslating the remarks as part of some kind of propaganda. This matters because it shows how complex the Iran deal discussions continue to be and concerns in Iran that its position is being perceived as softening.

Tasnim News reported on Sunday that Qatari media has spread stories about how officials in Doha said that “the Iranian leadership told us they were ready for a compromise.” But Iranian media, close to the state, have said that “a simple look shows that this translation is completely flawed and mischievous and has been done for political purposes.”

This is the gotcha moment for Tasnim News. It says Al Jazeera has been playing politics. “Al Jazeera did not quote the Supreme Leader of the Islamic Revolution in its news, but used the word “leadership,” which in diplomatic practice is interpreted as “authorities,” so its translation of the Supreme Leader of Iran is completely wrong.”

In fact, Tasnim has dug into this story and discovered that Al Jazeera also used the wrong pronouns in its report. “The pronoun ‘they’ in the sentence also indicates that it does not mean an individual, but a group of officials.” This means that there is much discussion about the wording of the Qatari-based media and whether it is indeed trying to push false stories, even disinformation, about Iran.

Tasnim News looked beyond the fact that the Supreme Leader cannot be referred to as “they” since he is just one person. The media also looked at the deeper meaning of the word “compromise.” What Tasnim has come up with is this: “Some mischievous translations have deliberately used the word compromise to convey a specific message, while compromise in Persian is quite different from what compromise is described in English.” 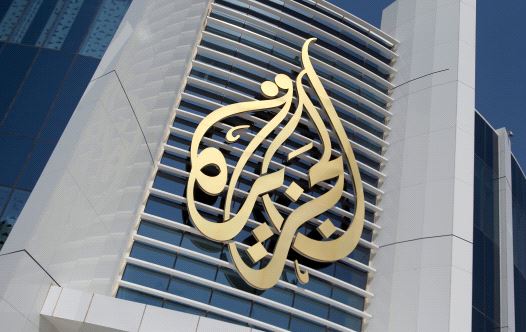 SO "COMPROMISE" in English may not mean the same thing that it does when used by Persian speakers. In essence, the issue is this: In English when we say compromise it is defined thus: “An agreement or a settlement of a dispute that is reached by each side making [a] concession.” But, of course, the Supreme Leader would never say he is going to make a concession.

Iran has now said that Al Jazeera’s reporting is “completely false.” Iran’s foreign ministry has said that “it seemed that the translation from Al Jazeera had not been taken care of enough, and that there was media and propaganda mischief.” In fact “the Supreme Leader of the Revolution did not say anything about compromise, but told the Emir of Qatar; ‘We have always said that negotiations should be fruitful, not a waste of time. Americans know what to do about it.’”

This means Iran believes the ball is in America’s court. The US “must make a wise political decision to fulfill its obligations.” Iran says it is “seeking a fair agreement that would return the United States to fulfilling its obligations to the UN Security Council.”

Qatar prefers to push stories about compromise because it wants to work with Iran and the US, as it works with Turkey and as it works with the Taliban, making Doha the center of all things. If its media sometimes has to change the tune in English to make things seem rosier, then it will do that. Qatar also claims it wants “stability” in the Gulf and for oil markets to be less chaotic.

This matters because there are renewed hopes being pushed in the media regarding the Iran deal. The EU’s chief nuclear negotiator, Enrique Mora, met with Iranian officials recently.

Al-Monitor noted that the current discussions are “giving Mora’s mission a further push was that his visit coincided with that of the Emir of Qatar Sheikh Tamim Bin Hamad Al Thani, who was also part of the diplomatic effort to revive the deal. Mora was in Tehran from May 10-13, while the Qatari emir visited on May 12.” Indeed it seems the Qataris are pushing now for something to happen that they can take credit for.