The death of a unique Israeli ethos - opinion

The lofty ethos that motivated thousands of soldiers to risk their lives in the face of the enemy is now clearly dead.

By MAURICE HIRSCH
SIMCHA GOLDIN, father of late IDF soldier Hadar Goldin, stands outside IDF headquarters in Tel Aviv, continuing the campaign for the return of the remains of his son and comrade, Oron Shaul.
(photo credit: TOMER NEUBERG/FLASH90)
Advertisement

Since the battles of Latrun, as part of Israel’s War of Independence, in 1948, Israel and the IDF have claimed a unique ethos on the battleground: No soldier will be left behind! The ethos reflected the unwritten contract by which the IDF conscripts Israeli youth, promising both them and their parents that no matter what, they will come home.

That very same ethos was also extended to Israelis in peril around the world. On July 4, 1976, Israeli commandos flew thousands of miles into a hostile country to carry out what has become known as probably the most daring hostage rescue mission ever.

Sadly, this lofty ethos that motivated thousands of soldiers to risk their lives in the face of the enemy is now clearly dead. Instead of raw guts and innovation, Israel’s leaders have sunk into a deep coma in which they are obsessed with playing into the evil paradigms of our enemies.

Eight years ago, IDF soldiers Oron Shaul and Hadar Goldin were killed on the battlefield in Gaza. They had been sent there to kill terrorists breaching international law, indiscriminately firing rockets, missiles and mortars at Israel’s civilian population. Indiscriminately trying to murder Jews, just for being Jews. As the smoke of the battlefields died down, the terrorists again demonstrated their evil nature, snatching the bodies of dead soldiers to be used as bargaining chips to force Israel to release other terrorists from prison.

Since then, Avera Mengistu and Hisham A-Sayid, Israeli citizens with mental illness histories, have also strayed into Gaza and were taken captive by the Hamas terrorists. 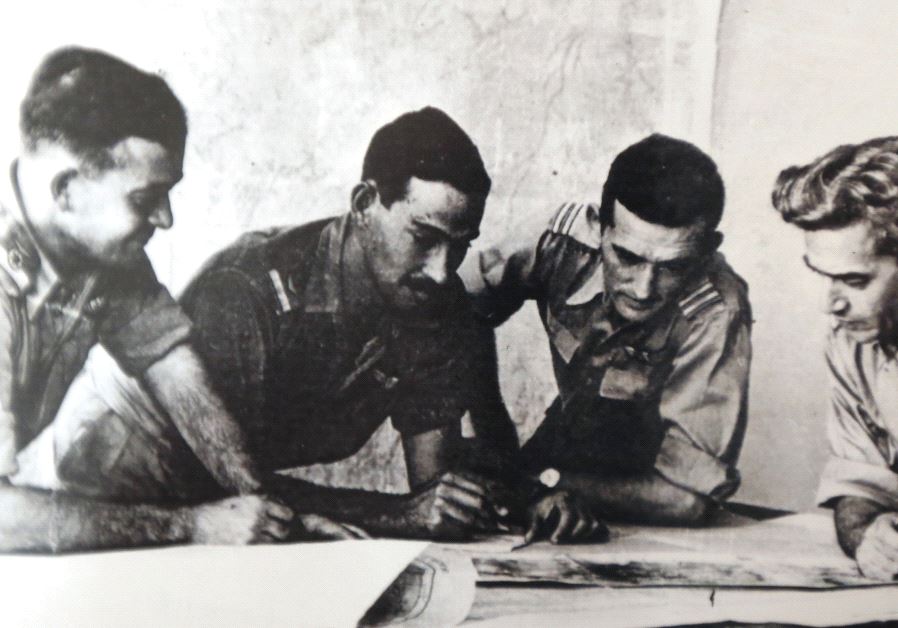 In order to secure the return of Hadar, Oron, Avera and Hisham, Israel has been directly and indirectly negotiating with the savages who are holding them captive. Recognizing the value of their captives, the terrorists have been demanding that Israel pay an exorbitant price. Based on Israel’s previous record, the terrorists know that all they need to do is bide their time.

The Palestinians count and celebrate forty instances when Israel released Palestinian terrorists from prison. Many of these terrorists quickly returned to terror and took the lives of more and more Israelis. Despite the harsh consequences, no Israeli government has had the courage to change the paradigm.

In 2005, Israel disengaged from Gaza, withdrawing all its soldiers. While many Israel-haters still claim that Gaza is occupied, that lie has no legs to stand on. Occupation in any other situation in the world has one major prerequisite: boots on the ground. There are no Israeli soldiers in Gaza.

This being the case, in a normal situation, Israel could leverage any entry into Israel from Gaza or any passage through Israel to Gaza as a means to extract a price. If Gazans want to work in Israel, their leaders should first be required to return Hadar, Oron, Avera and Hisham.

But instead of showing resolve, Israel’s leaders have decided to shed the decades-old ethos and abandon Hadar, Oron, Avera and Hisham.

While the Israel-haters often claim that Gaza is the largest open-air prison, two simple statistics both debunk those lies and demonstrate how lost successive Israeli governments have become. According to statistics published by the particularly Israel-hating UN Office for the Coordination of Humanitarian Affairs (OCHA), since August 2021 there have been 250,597 exits from Gaza into Israel. Those entering have included 11,016 sick Gazans accompanied by 8,214 companions. In other words, since August 2021 alone, Israel has had 250,597 missed opportunities to demand the return of Hadar, Oron, Avera and Hisham.

But it gets worse. When you wonder how the Hamas terrorists in Gaza, living in that “open-air prison” all drive new cars, here’s the answer: According to statistics I, together with the Im Tirzu movement, received from the Israeli Defense Ministry, from 2017-2021, Israel, incredibly, allowed 11,499 new vehicles into Gaza.

Not only have Israel’s leaders lost the drive to return our soldiers and citizens in daring military operations, but they are also now assisting the terrorists to enjoy their lives without fear and in the comfort of new cars. This shameful behavior must stop. Eight years of futility have proven that these practices simply do not work.

While Israel need not be blind to the precarious humanitarian situation in Gaza, we must first and foremost ensure that our citizens enjoy, at the very least, the same humanitarian considerations.

In the meantime, while Israel’s leaders muster the courage to live up to our lofty ethos, they could simply say that until the terrorists return Hadar, Oron, Avera and Hisham, there will be no more entries from Gaza into Israel and the terrorists will no longer get new cars through Israel.

The writer, an IDF Lt. Col. (res.), is the director of legal strategies for Palestinian Media Watch. He served for 19 years in the IDF Military Advocate General Corps. In his last position, he served as director of the Military Prosecution in Judea and Samaria.