Israel remains under a microscope by a global press system that works against the nation consistently. 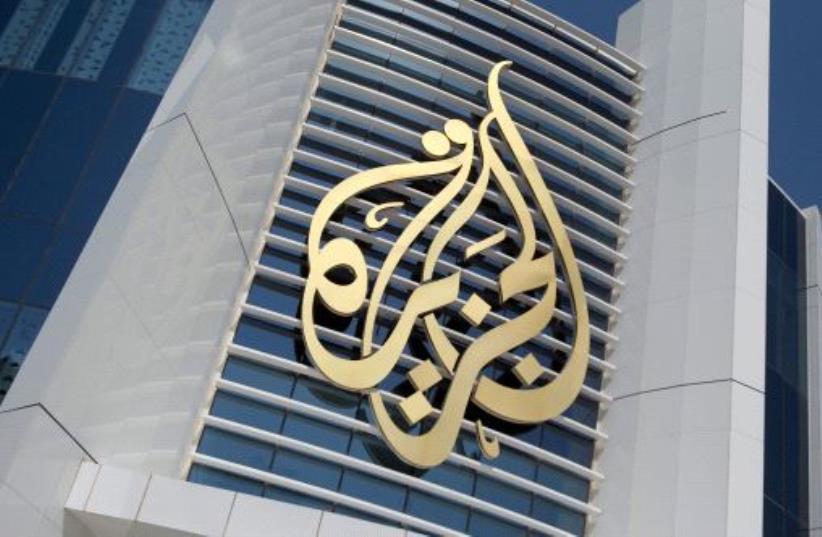 Ever heard of Fahd Buhandi?

Probably not. Buhandi, according to the International Press Institute, was a journalist incarcerated in Qatar’s Abu Humor Prison for three years on charges of speaking against the government. In 2020, he was reportedly tortured and killed in jail after raising the issue of the coronavirus pandemic spreading there.

Do a Google search of Buhandi’s name along with the words Al Jazeera, and you will come up empty, at least in English. Nothing about his arrest; nothing about his death. That’s no surprise. Al Jazeera is a Qatari-owned media empire, and this type of story will not fit into the kinds of stories it will air or print. One of Al Jazeera’s competitors, Saudi-backed Al Arabiya, did run a story about Buhandi’s death.

Judging by the lack of coverage, Buhandi’s death didn’t seem to matter all that much to Al Jazeera. Why should it? Reporting on it would only blacken the name of its state sponsor. But the death of Shireen Abu Akleh does matter to the network, and it matters a great deal.

It is clear why. First of all, Abu Akleh worked for Al Jazeera. She was its star reporter from Israel and the West Bank, and she was killed covering clashes between the IDF and armed Palestinians in Jenin in May. She was killed covering a gunfight – her tragic death not unlike many of the more than 2,000 journalists who have been killed over the last 25 years in war zones around the world.

But unlike those other deaths, Al Jazeera wants this one to be seen as a war crime. For that purpose, the global network on Wednesday filed a complaint with the International Criminal Court against members of the IDF whom it blames for intentionally killing her.

The death of Shireen Abu Akleh remains an open wound

Artist Jaber Abbas, 35 years old, applies final touches to a mural that he painted to pay tribute to Al Jazeera journalist, Shireen Abu Akleh, who was shot dead during an Israeli military raid in the occupied West Bank, in Nazareth, Israel May 16, 2022. (credit: REUTERS/AMMAR AWAD)

The death of Abu Akleh, according to Al Jazeera, is part of a “systematic and widespread” campaign against the television network that included the bombing of al-Jalaa tower in Gaza, which housed its headquarters, along with those of AP, in May 2021, during Operation Guardian of the Walls. The IDF said Hamas intelligence assets were also housed in the building, which is why it was targeted.

The IDF investigated Abu Akleh’s death and concluded that it was impossible to “unequivocally determine” who fired the fatal shot, but that there was a “high possibility” that she was “accidentally hit by IDF gunfire” that was fired toward Palestinian gunmen “during an exchange of fire in which life-risking, widespread and indiscriminate shots were fired toward IDF soldiers.”

In other words, this was a battle scene that the Palestinians, and Al Jazeera, now want the ICC to treat as a crime scene. The ICC must not play along.

The US came out against the complaint filed with the ICC. State Department spokesman Ned Price said the court “should focus on its core mission, and that core mission is of serving as a court of last resort in punishing and deterring atrocity crimes.”

This case by no means meets that criterion. Al Jazeera and the Palestinians understand that. Then why bring the complaint?

That’s simple: to keep Israel on the defensive; to keep it having to explain itself over and over; to keep its name linked to allegations of atrocities and war crimes. The Palestinians have shown that they will not let up and that their public campaign to disgrace and besmirch Israel will continue endlessly.

Sadly, they are often assisted in this by international organizations and their representatives. An example of this took place Saturday, when the UN’s special envoy to the Mideast, Tor Wennesland, called an attempted terrorist attack in Huwara a “scuffle” and said he was “horrified” by the killing of the Palestinian attacker, and those responsible for killing him must be “held accountable.”

The Foreign Ministry slammed Wennesland in a tweet, summoned him for a clarification and is weighing whether to reduce its already limited engagement with him – as it should.

The Palestinians and their supporters are trying to use officials such as Wennesland and institutions like the ICC as sledgehammer with which to pound Israel. Jerusalem is right in counter-punching.

Or as Prime Minister Yair Lapid correctly put it following Al Jazeera’s filing of its complaint to the ICC: “No one will investigate IDF soldiers, and no one will lecture us about morals in wartime, especially not Al Jazeera.”